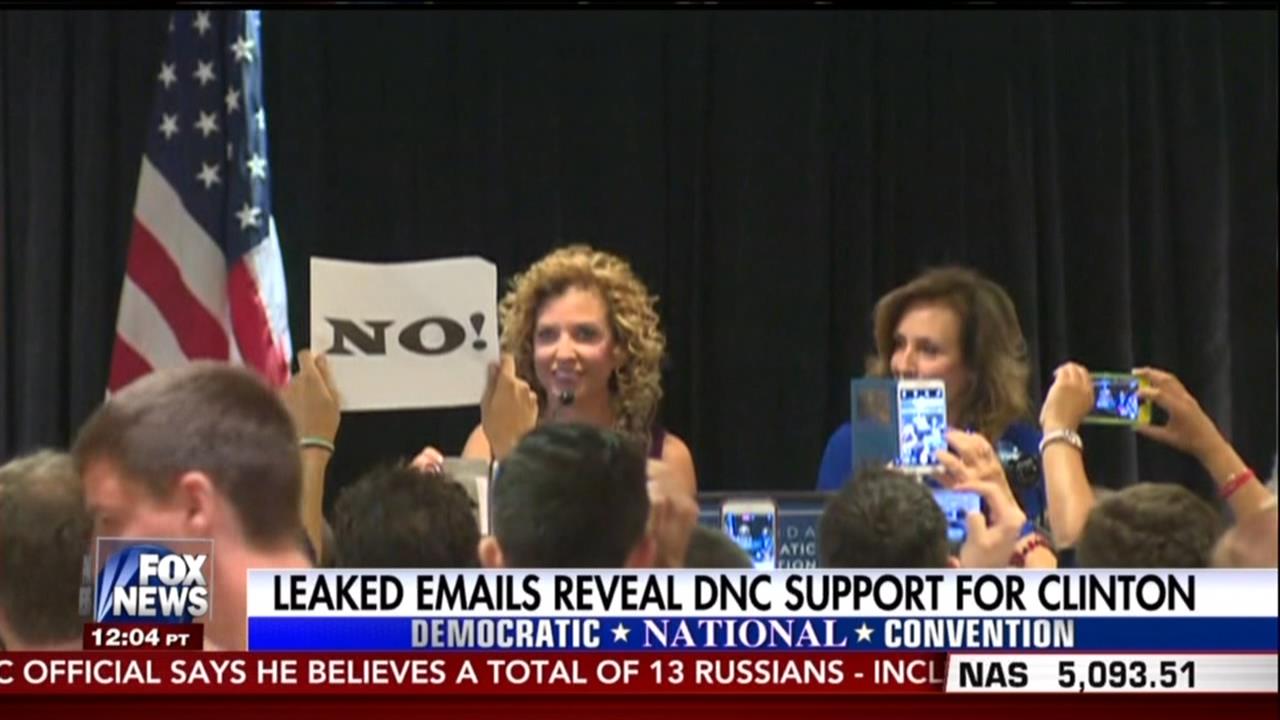 The radical leftist collective known as Wikileaks tried to ruin the Democratic convention by posting a trove of Democratic National Committee e-mails that easily proved that party leader Debbie Wasserman Schultz and her staff shunned neutrality in favor of pushing Hillary Clinton’s nomination. The Sanders socialists were enraged, their suspicions confirmed.

The media paid some attention to that, especially when Mrs. Schultz was quickly ousted from her job. Guess what else was confirmed which the media largely skipped over? The evidence in the emails that revealed great chumminess and coordination between Democrats and the supposedly “objective” national press.

You really don’t need an e-mail collection for this. After all, NBC “News” hired Chelsea Clinton for $600,000 a year to make some of the most sleep-inducing “happy news” stories to ever air on television. She was producing stories less than once a month, or more than $50,000 a pop.

In February, a Freedom of Information Act request by Gawker into government emails from Hillary’s PR aide Phillippe Reines exposed Politico bigfoot Mike Allen. He offered a cozy Politico chat with Chelsea Clinton: “No one besides me would ask her a question, and you and I would agree on them precisely in advance.” When exposed, Allen spun the offer as “clumsy.”

Well, the latest emails demonstrate Politico is still making a mockery of journalistic “independence.” We now learn that “reporter” Ken Vogel sent a story on Clinton fundraising to DNC national press secretary Mark Paustenbach for a pre-publication review. Now, checking for confirmation of some numbers or confirming a quote – that’s okay. But the entire story? That is journalistic malpractice. The Democrats have Politico on a leash.

Reporters try to present a friendly face to most of their subjects, but they don’t always boast “Hey, you’ll like this story I did.” That’s what happened with Juliet Eilperin, White House Bureau Chief for The Washington Post. She sent an email to Paustenbach cooing “Dear Mark, I think you all will be totally fine with it. Thanks again for all your help. Best, Juliet.”

So the DNC gives blessings now? The front-page story was headlined “Obama, who once stood as party outsider, now works to strengthen Democrats.” The story wasn’t as bad as a  2014 front-page puff piece from Eilperin touting how the Obama White House has changed the junk-food culture: “Calorie counts and hummus with vegetables are in.” You don’t need an e-mail to see the chumminess.

CNN commentator Maria Cardona is identified on air as a Democrat, but the e-mails show that disclosure is a little incomplete. In e-mailed exchanges with DNC spinners, Cardona repeatedly asked how to perfect an op-ed for CNN.com. Collusion? Liberals will probably see no conflict of interest. Now remember how many fits the liberals have thrown over CNN in-house Trump analyst Corey Lewandowski still getting checks from The Donald.

Emails also show Wasserman Schultz yelling at reporters like they were the servants...and well, the media coverage can leave that impression. She titled an email to NBC’s Chuck Todd “Chuck, This Must Stop” when Mika Brzezinski called for her to resign on “Morning Joe.” DNC aides tried to arrange a meeting between the warring parties, but Todd replied “Between us, do you think that’s a good idea?” Wasserman Schultz scuttled it, wondering if Mika “even matters, to be frank.” Ouch.

The primary reason the media would skip covering their own lack of independence is obvious. The public already believes they aggressively favor one side in our political debates. Why put a spotlight on your problem? Transparency is a media buzzword, but it never applies to their own partisan games.