After the CNBC debate, Republicans were outraged at the vicious personal attacks not even  disguised as questions from the moderators. Defenders of CNBC suggested the Republicans were just whining. President Obama joked that if GOP candidates can’t handle TV moderators, they could never handle Russian strongman Vladimir Putin.

Then the Obama-lovers at Comcast proves Republicans’ point. When NBC anchor Lester Holt sat down for an interview with the president on November 2, there were no attacks. It was business as usual, just another syrupy Brian Williams-style lovefest.

The NBC brand is in shambles. There is no pretense of impartiality anywhere. The Comcast empire is firmly vested in the Democrats. After the CNBC mess, Sen. Ted Cruz suggested Republicans should moderate Republican debates, not as cheerleaders but as real moderators, not gotcha Democrats. Liberals scoffed, of course.

They truly believe only they can, and should, run the show – all the shows. 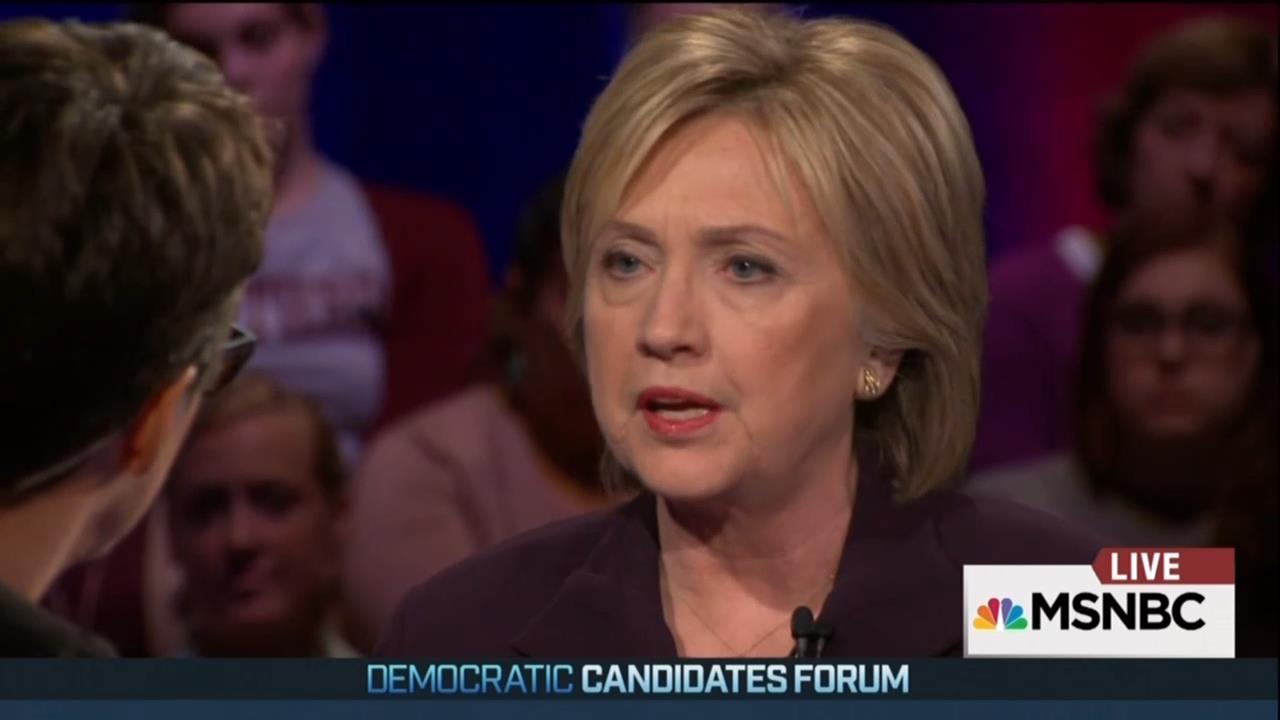 Need more proof? On November 6, it was time for an MSNBC Democrat “debate” of sorts, or a “forum” with cozy one-on-one interviews with Rachel Maddow in a theater full of liberals. This MSNBC event was by Democrats and for Democrats, loaded with questions from the left, and designed to advance the party and its candidates.

Before Maddow started the interviews, each of the three Democrat candidates appeared after a gooey, musical video tribute to them, making them all look like terrific, inspirational leaders. With that, Maddow gunned the engine with her leftist agenda, imagining a gloriously all-powerful state remaking the country. She asked O’Malley:

“How does a state like, you know, Louisiana with its offshore drilling, or North Dakota with its fracking, a lot of states have their economy and a lot of good blue-collar working-class jobs tied up in the energy economy. How do you help them through the transition?...Doesn't the rest of the country have to fill in and help North Dakota into a post-fracking age?”

The federal government should have the power to ban fracking for a “post-fracking age,” and stop Louisiana from aiding offshore drilling.

Maddow wanted to know from Hillary why children should be subjected to police officers in schools. “Should there be police officers in classrooms at all, handling school discipline matters?” If not, “should they be in all high schools, so that we are not looking at a discriminatory use of, basically, the criminal justice system for some kids and not all?”

Having a stronger police presence in more violent schools is discriminatory. (We weren’t sure you followed the logic.)

MSNBC wants to move all the Democratic candidates further to the Left – “Lean Forward” as much as possible. But NBC, CNBC, and MSNBC relentlessly caricature the Republicans as comic-book characters and right-wing extremists who have permanently sacrificed any hope to capture women, minorities, and sensible centrists in the electorate. Their favoritism is obvious to everyone.

The GOP needs to wash its hands of Comcast.