Bozell Column: Whose Movie Is Propaganda?

It's more than a little shocking when someone makes a movie that deals harshly with abortion. This is Hollywood after all. Abortion is a feminist sacrament. The movie "October Baby" just debuted on 390 screens and registered in eighth place for the weekend, with an estimated $1.7 million gross.

"October Baby" is a drama loosely based on the real-life story of Gianna Jessen, born with cerebral palsy after she survived a failed abortion procedure and now a celebrated pro-life speaker. In the film, the lead character, Hannah, discovers her adoptive parents hid from her that she was never meant to be born.

Naturally, the critics just couldn't judge this movie by artistic standards. It had to be savaged because it is so politically incorrect. New York Times film critic Jeannette Catsoulis bared her ideological fangs at this improbable movie: "Not even a dewy heroine and a youth-friendly vibe can disguise the essential ugliness at its core: like the bloodied placards brandished by demonstrators outside women's health clinics, the film communicates in the language of guilt and fear."

Ouch. A celebration of life is "essential ugliness." One of the film's most powerful moments was assailed by Catsoulis as propaganda. Jasmine Guy plays the clinic nurse who assisted at Hannah's birth. "Her pivotal speech, a gory portrait of fetal mutilation and maternal distress, conjures a vision of medical hackery that is clearly intended to terrify young women -- and fits right in with proposed state laws that increasingly turn the screws on a woman's dominion over her reproductive system."

Notice how the Times couldn't focus on the movie without imagining the horror of conservative state legislators reducing a "woman's dominion" over the termination of unborn children, no matter how advanced the pregnancy.

What is it that the nurse says that is so offensive? "I didn't see no tissue, just the face of a child." This is not a Hollywood talking point.

Catsoulis concludes, "'Hate the crime, not the criminal,' a friendly police officer advises Hannah. Except that abortion is not a crime, no matter how fervently some people continue to wish that it were."

But if you do consider abortion a crime -- against God -- isn't that the kind of compassionate message Hollywood preaches regularly? Such is the militancy of this issue in Hollywood.

Catsoulis also assailed Ben Stein's anti-Darwinist documentary "Expelled" as an "unprincipled propaganda piece" that was "one of the sleaziest documentaries to arrive in a very long time." But in 2005, Catsoulis adored a documentary on America's failure to uplift the poor, cribbing from socialist author Barbara Ehrenreich, finding it "eye-opening, often heartbreaking ... neither hectoring nor sanctimonious ... brisk and unexploitative." This woman is a fervent activist disguised as a film critic. 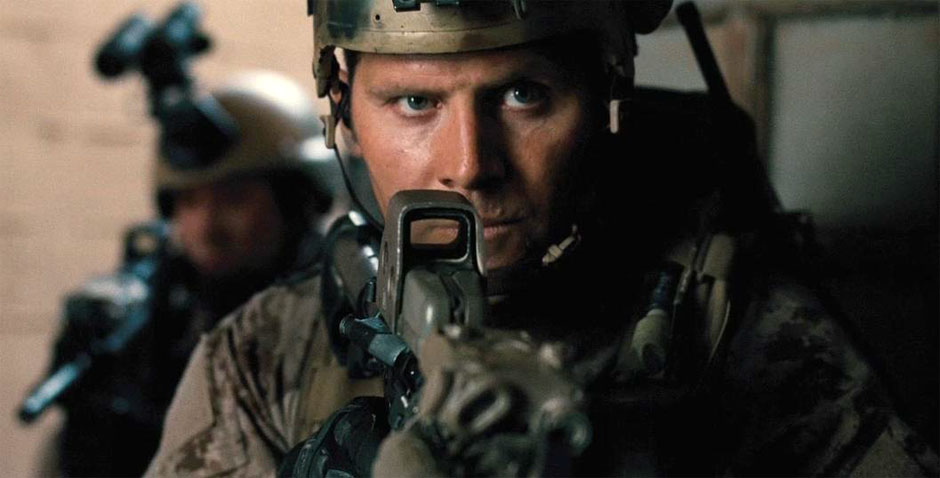 Another recent surprise at the cineplex was "Act of Valor," a war movie made with active-duty Navy SEALs that's made $66 million at the box office. It actually won the box-office crown on its opening weekend at the end of February. Again, newspaper film critics hated it.

On the front page of the Washington Post on Feb. 24, there was film critic Ann Hornaday reporting the movie was in "the crosshairs of critics who question whether the movie crosses the line between entertainment and propaganda, and whether the military should be in the movie business at all." She wanted a congressional investigation.

The Navy didn't fund the movie, but Hornaday wrote "it could be argued that the Navy heavily subsidized it in the form of access to its assets and personnel that would have cost millions to reproduce." The Navy also didn't have creative control, but Hornaday insisted "the filmmakers admit that there was little chance the Navy would be dissatisfied with their portrayal in the film, which depicts a group of strong, brave, unassuming men who pursue their missions, not with hot-dog swagger but cool teamwork and quiet professionalism."

My God, the hate-America crowd is alive and well.

Here's the rub: Hornaday had no problem with propaganda when it shredded the Bush administration and the war in Iraq. When it came to the 2010 movie "Fair Game," which glorified Bush-hater Valerie Plame Wilson, Hornaday complained that people would fact check this propaganda, and what "audiences often fail to take into account is that a too-literal allegiance to the facts can sometimes obscure a larger truth."

Critics slam politically incorrect movies with lines such as "this would have been better off as a bumper sticker." But when movies conform to Hollywood's long-standing libertine and anti-military prejudices, they qualify as "resonant" and "emblematic" pieces of art.