On Monday's CNN Tonight, CNN terrorism analyst Juliette Kayyem accused Rudy Giuliani of "spewing anti-Semitism and hatred" during a discussion of a recent interview he did with reporter Olivia Nuzzi of New York magazine.

Fill-in host Laura Coates quoted from the article as Giuliani attacked wealthy liberal political activist George Soros and defended himself from charges of anti-Semitism over this criticism:

LAURA COATES, FILL-IN HOST: He also attacked George Soros, and he makes this really strange and really offensive comment. He says: "'Don't tell me I'm anti-Semitic if I oppose him.' He said, 'Soros is hardly a Jew. I'm more of a Jew than Soros is. I probably know more about -- he doesn't go to church, he doesn't go to religion -- synagogue.'

Soros survived Nazi-occupied Hungary. I mean, what do you even say to this, Philip?

Philip Bump of The Washington Post argued "that bizarre comment that he's more Jewish than Soros. He makes that after having said that the former ambassador to Ukraine Marie Yovanovitch, was under the control of Soros. So it is not only that he is, you know, assuming that he isn't enough Jewish, and not only that he's supporting these conspiracy theories broadly about Soros -- but he is spreading conspiracy theories very specifically about the person at the center of the impeachment without any evidence."

Coates and Bump did not clarify that what Soros did as a teenager to avoid persecution -- he posed as a Christian and even accompanied an official as he did inventory on a seized Jewish estate -- is a source of great controversy. Soros even stated in a CBS interview that he did not feel any guilt over what happened. Additionally, Soros is known for funding anti-Israel groups that try to undermine the Jewish state.

Criticism of Soros is rarely a lie, and its intent is rarely to create anti-Semitism.

Soros is a billionaire whose Open Society Foundations, with offices in 70 countries, is the world’s major funder of left-wing causes.

If Soros were to come from a Lutheran or Catholic family, there would be no less criticism of him.

But when Kayyem had her turn to speak, she insisted everyone accuse the former New York mayor of anti-Semitism: 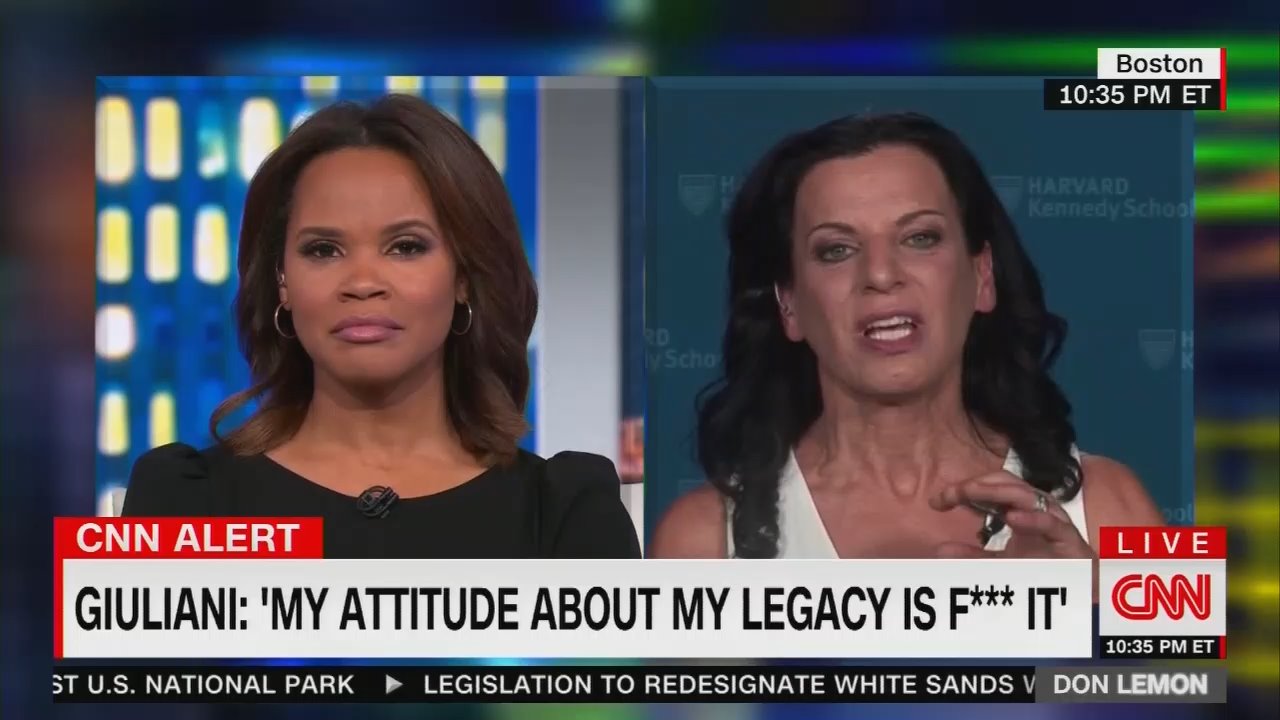 JULIETTE KAYYEM, CNN TERRORISM ANALYST: I teach crisis management in Homeland Security, so I teach a case study on Rudy Giuliani. I assigned it this year, and I won't be able to assign it again because the students now cannot perceive of him as a rational human being....

And can I just say one thing about conspiracy theories and George Soros? I just think it's important that we call it "anti-Semitic," just, period. It's the second night of Hanukkah. Giuliani is spewing anti-Semitism and hatred, and so I just think it's important to call it that. It's not his conspiracy theory, though, it is George Soros conspiracy theory. It's just hatred which just surrounds this President and all of the people around him, which is just, you know, still jaw-dropping after all these years.

Coates indicated her agreement as she wrapped up the segment: "You got to call balls balls and strikes strikes. Thank both of you for playing tonight. I appreciate it. You know, it's important to think about and actually articulate what it is we're seeing because if we ignore it, then it becomes normalized."