On Saturday's Up with David Gura, during a panel discussion of the Florida gubernatorial race, frequent MSNBC guest Elie Mystal -- editor of AboveTheLaw.com -- charged that Republicans are "beneficiaries of racism" as he praised Florida Democratic nominee Andrew Gillum trying to link GOP nominee Ron DeSantis to racists. Former MSNBC host Toure Neblett claimed that Republicans stoke fear of "the black male body" to get votes from people who are afraid of crime.

Gura then introduced the relevant clip from the debate and called it a "good exchange."

Gura smiled as other panel members could be heard laughing at the attack on DeSantis. 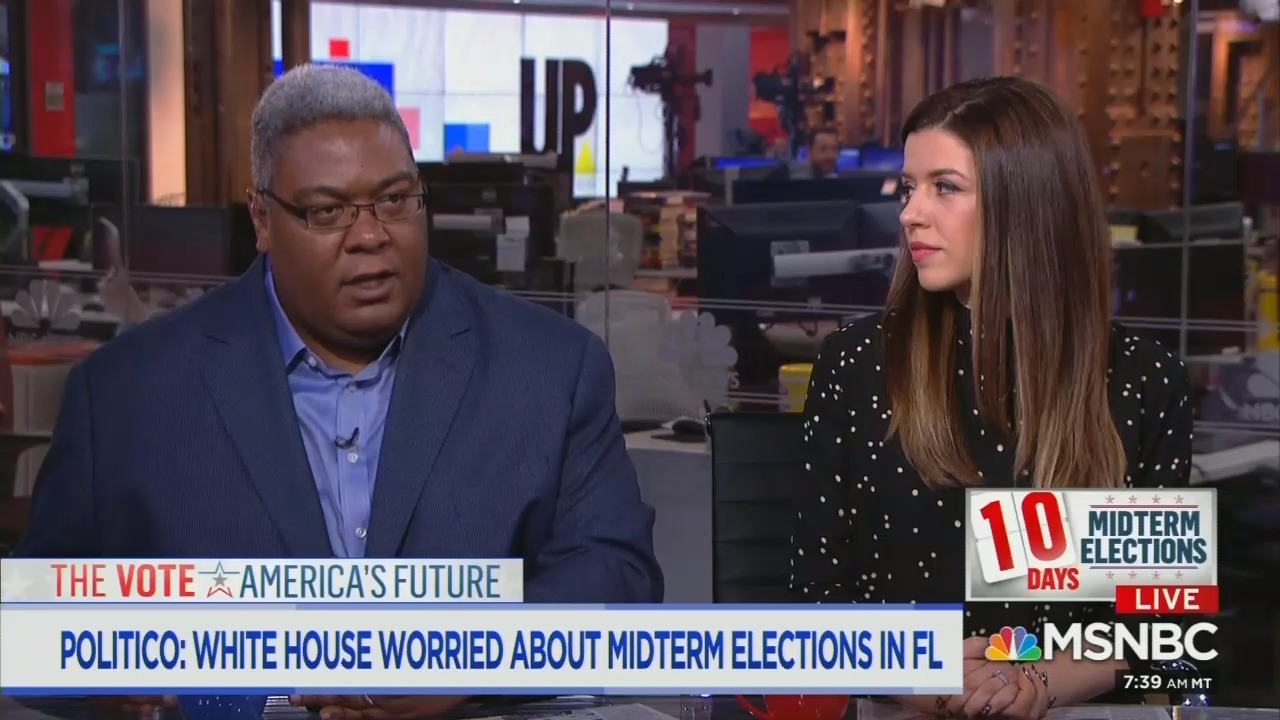 The Republican party has been using these dog whistles to inspire these people to come out and vote for their candidates since at least 1968, and the only thing that's different in the Trump era is that he swallowed the dog whistle, right? He's turned the dog whistle into a megaphone, and all of his little Republican friends are following along.

But the tactic here is the same as it's been since the Civil Rights Movement is to scare up white, usually Southern, usually male people, scare them with racial politics, and use that to motivate them to go support Republican policies that they actually can't point to on a map.

He then argued that many Republican voters actually disagree with Republicans on issues like preexisting conditions, adding, "but they're going to vote against that because of the racism. The racism in the Republican party is a feature, not a bug, and they are the primary beneficiaries of our strife."

When Neblett had his turn to react, he asserted that "Trump has shown that this sort of racial fear continues to work."

He then referred to "this appealing to the fear and the lizard brain of certain people really works -- really activates people." He added: "People will forget about the kitchen table issues which are fundamental to their lives when they are afraid that a black person might come and kill them, right? Or harm their wife or something."

Neblett concluded: "It's frightening that the black male body can still be used as this political football -- this bogeyman to scare people into voting a certain way -- in voting against their economic interests, in many cases. But we're still here -- Lee Atwater would be so pleased."