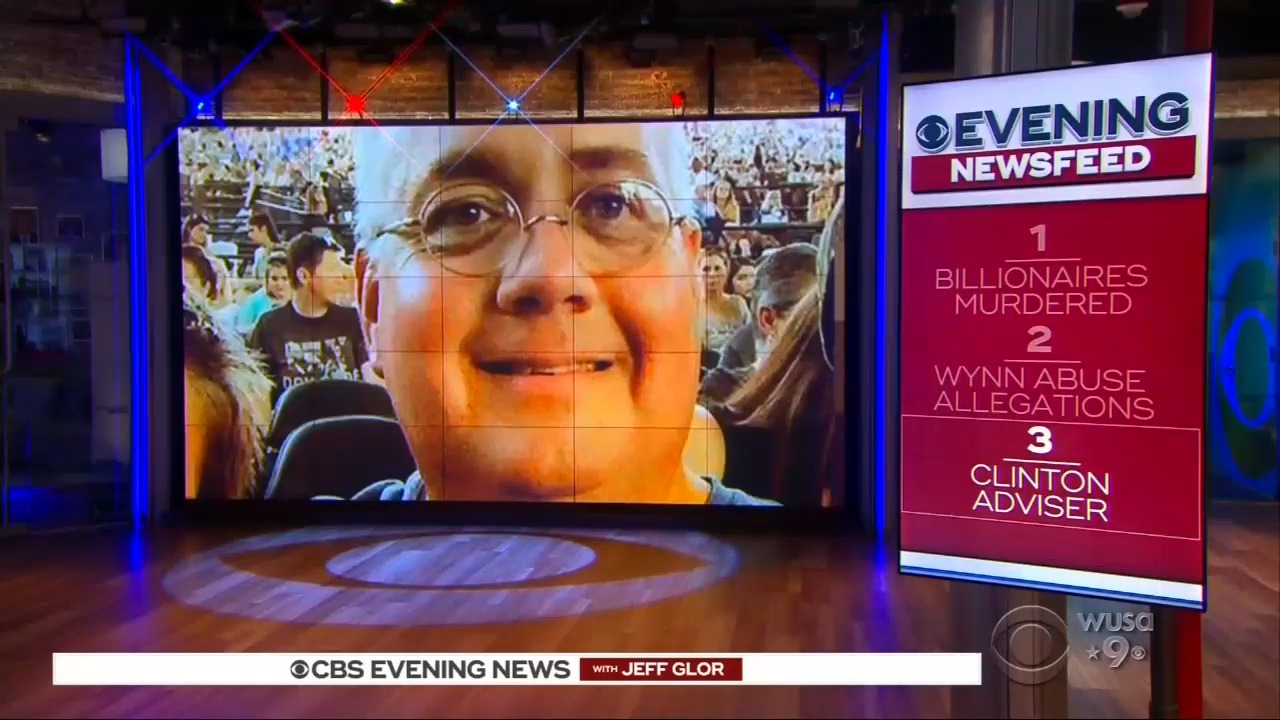 On Friday, the CBS Evening News was the only one of the three broadcast network evening newscasts that informed viewers of revelations that Hillary Clinton in 2008 allowed an advisor, Burns Strider, accused of sexual harassment to remain a part of her campaign -- thus demonstrating another example of hypocrisy by the former Democratic candidate.

ABC's World News Tonight and the NBC Nightly News both ignored the revelations -- even though the story was covered on both MSNBC and CNN earlier in the day. But both shows did find time to air full reports about accusations of sexual harassment against prominent billionaire and Republican party activist Steve Wynn.

On CBS, anchor Jeff Glor ran a brief on Wynn, and then immediately pivoted to the Clinton story:

The New York Times reports Hillary Clinton protected a senior advisor on her 2008 presidential campaign who was accused of sexual harassment. Sources tell the Times Clinton refused to fire Burns Strider, a faith advisor, and instead cut his pay and told him to get counseling while his accuser was moved to another job.

On the NBC Nightly News, anchor Lester Holt teased the report on Wynn by relating that he is a "Trump confidante and Republican power player." Later came a full report of more than two minutes by correspondent Rehema Ellis.

ABC included a report of more than one and a half minutes that included a piece by Kayla Wentworth identifying Wynn as "finance chairman of the Republican National Committee," and recalling that President Donald Trump "has called him a good friend."