On Monday's CBS Evening News, in a report devoted to the increased rates of homicide in Chicago, correspondent Jericka Duncan suggested a link to the police making fewer stops after being scrutinized over the police shooting death of Laquan McDonald in 2014. But, unlike the previous night's report on CBS 60 Minutes by correspondent Bill Whitaker, Duncan's piece did not mention that the Chicago police superintendent blamed less aggressive policing on lawsuit threats by the American Civil Liberties Union that have led to the police facing more restrictions on when to make contact with criminal suspects.

On Sunday's 60 Minutes, Whitaker recalled: "Within six weeks of the shooting scandal, investigative stops fell by nearly 35,000. That's when the violence began to surge." 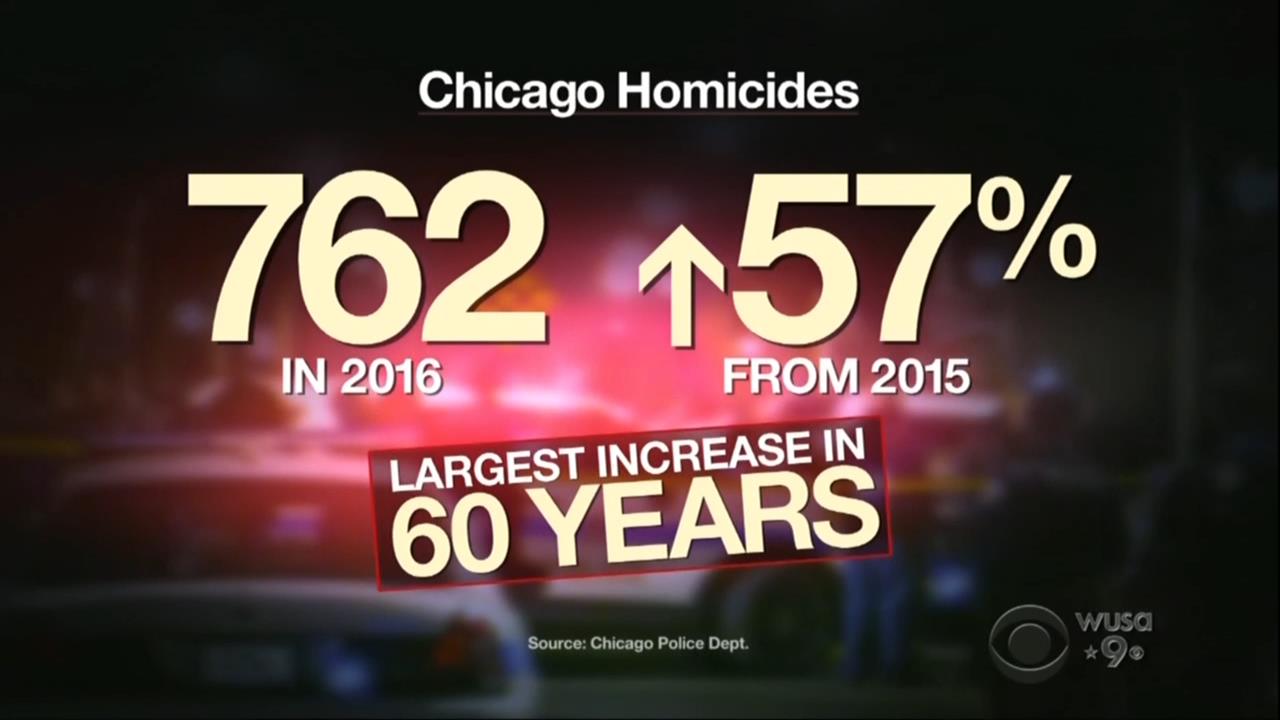 After a soundbire of a former police officer recounting that officers have become more inclined to just do the minimum their job requires rather than take more initiative in making contact with possible criminals, Whitaker added: "Frustration among cops deepened with a new order to be more selective about who they stopped, and write a two-page, detailed report for every one. It was the result of a threat by the American Civil Liberties Union to sue the department for racial profiling."

Then came a clip of former Chicago police superintendent Gary McCarthy complaining about the increase in paperwork for police:

BILL WHITAKER: It doesn't seem that filling out a two-page report is that onerous.

GARY MCCARTHY, FORMER CHICAGO POLICE SUPERINTENDENT: Oh, sure it is.

MCCARTHY: It can take you up to 45 minutes.

Toward the end of the report, Whitaker recounted that the current superintendent, Eddie Fisher, blames the decrease in police stops on the ACLU and admits that police officers are being "cautious":

BILL WHITAKER: Johnson insisted the main reasons for the drop in police activity were stricter standards for stops and the forms triggered by the ACLU. But he admitted his cops have become more careful.

EDDIE JOHNSON, CHICAGO POLICE SUPERINTENDENT: They are cautious about doing their jobs.

On Duncan's report from Monday, after recalling that the number of homicides in Chicago was the highest in 20 years at 762 deaths, with over 4,000 shootings, she then pivoted to explaining the high crime rate:

The police say they know the "why." Gangs. Eight out of 10 murder victims were on police radar as gang members or associates. And they know the "where." Sixty-five percent of the increase came in just five of the city's 22 police districts. But what police won't do is answer the question more people are asking: Is the spike in crime because cops are pulling back?

Referring back to Whitaker's work on 60 Minutes, she added:

A 60 Minutes investigation which aired last night found that, in the wake of the fatal shooting of 17-year-old Laquan McDonald which was captured by a police dash cam and led to months of protests, police stops and arrests plummeted.

Then came a clip that had aired on Sunday evening of Whitaker speaking with Superintendent Johnson:

BILL WHITAKER: The homicide rate has gone -- not just the rate -- the number of homicides have skyrocketed. So the number of stops and arrests are going down dramatically. There's got to be a correlation.

EDDIE JOHNSON, CHICAGO POLICE SUPERINTENDENT: Well, you know, there may be some, you know, but, again, I'd have to go back to, it's not what the police officers are not doing, it's more about what the criminal offenders are doing.

Not mentioned on Monday were the actions inspired by the ACLU that led to the decrease in police activity.