CNN's Gregory: Clinton 'Deplorables' Slam of Trump Voters 'May Have Been Accurate'

Appearing as a guest on Thursday's New Day, CNN political analyst and former NBC Meet the Press host David Gregory became the latest liberal journalist to suggest that Hillary Clinton was factually "accurate" when she derided many voters who support Donald Trump as "deplorables."

If Gregory was basing his conclusion on the same polls liberal MSNBC host Chris Hayes recently recalled, the CNN analyst -- unlike Hayes -- did not inform viewers that a large percentage of Clinton supporters have similar views on racial issues as Trump supporters.

Below is a transcript of the relevant portion of the Thursday, September 15, New Day on CNN:

8:47 a.m. ET
CHRIS CUOMO: We have some sound from Hillary Clinton's interview with Don Lemon and the cast of the Tom Joyner radio show. Let's play what seemed to be her punctuation.

HILLARY CLINTON AUDIO: I am so concerned about all of this, and, you know, I have said Donald Trump has run a deplorable campaign. He has accepted support and has been cheered on by the likes of David Duke, the former grand wizard of the Ku Klux Klan, and other white supremacists. In fact, it was amazing the other day, his running mate Mike Pence wouldn't call former KKK leader David Duke "deplorable."

And I do think we have to speak out against hatred. You, Trump attacked a federal judge for his Mexican heritage. He bullied a Gold Star family because of their Muslim faith. He promoted the lie and he is still promoting the lie that our first black President is not a true American. He calls women "pigs" and "bimbos," so I"m going to keep calling out the bigotry and hateful rhetoric that he's brought to this campaign because I don't think you can make our country great by tearing our people down

CUOMO: Now, David, you can debate how much has been done on coverage of Trump. That's for people to decide. However, the polls are where they are. Does that tell you that people who know still don't care? 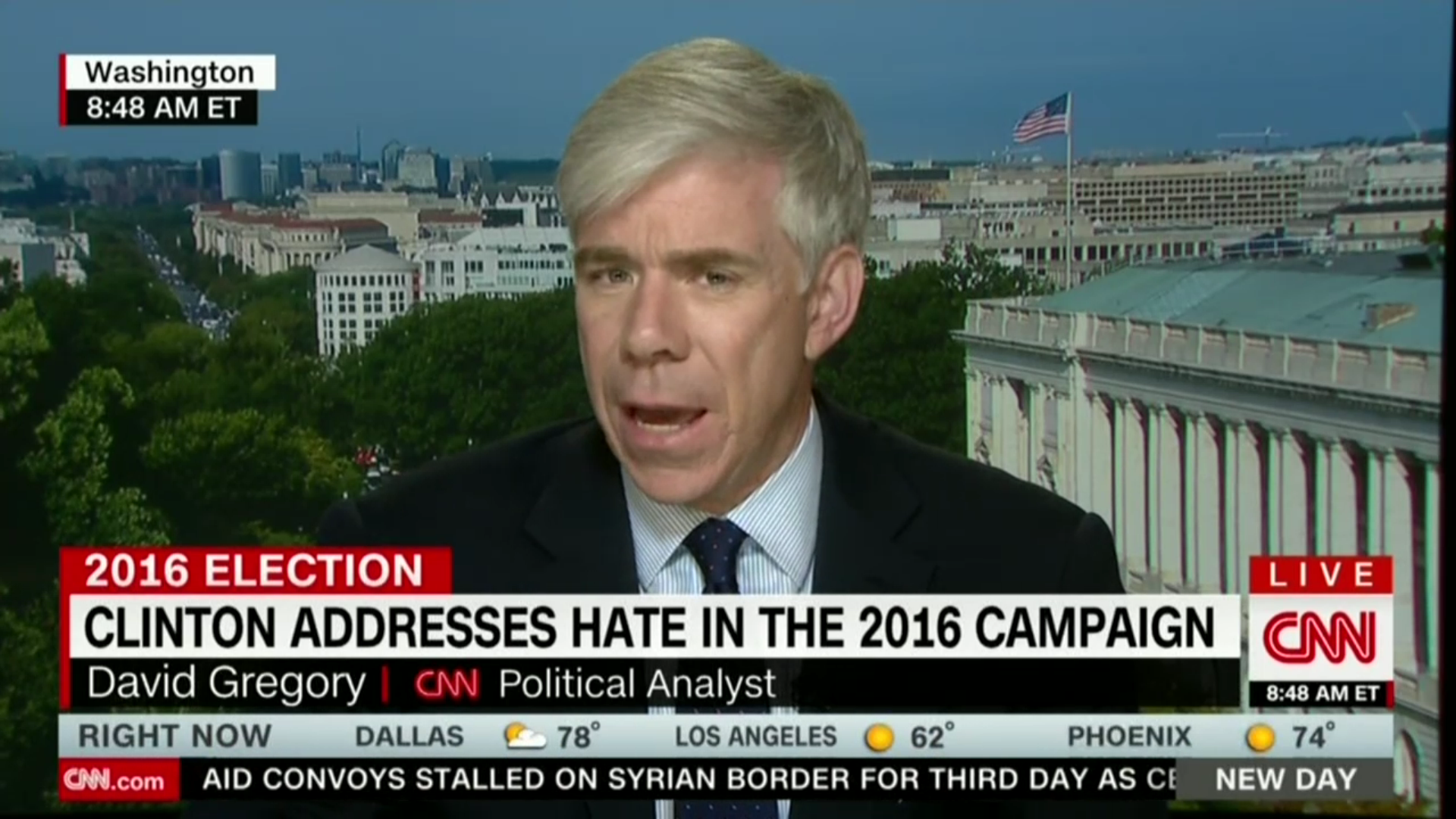 DAVID GREGORY, CNN POLITICAL ANALYST: Well, I think there's an element of that. I mean, I don't know that we can back that up by the data, but I do think just, look, anybody looks at a politician and says, "Look, I don't agree with everything, but I still support them." I think there's people who willfully ignore certain things that Trump says and focus on what they like about him. I think that's true.

I think Hillary Clinton is in a posture -- and you saw it in that answer which I thought was revealing -- first of all, she wants to sidestep the fact that she did impugn a lot of Trump voters in a way that was inartful, but it may have been based -- it may have been accurate in certain -- based on some of the surveys that we've seen about attitudes of Trump supporters and other anecdotal information that we have. But, you know, her whole slogan rhetorically is we're "stronger together," and that was not an example of that when she was in that fundraiser.

There she's saying, "No, I'm going to speak out against hateful speech, about the fact that he's a birther, that David Duke is behind him." I mean, I think this is her getting a little bit more aggressive. I think this is a preview of the kind of Hillary Clinton that we'll see during aspects of these presidential debates.