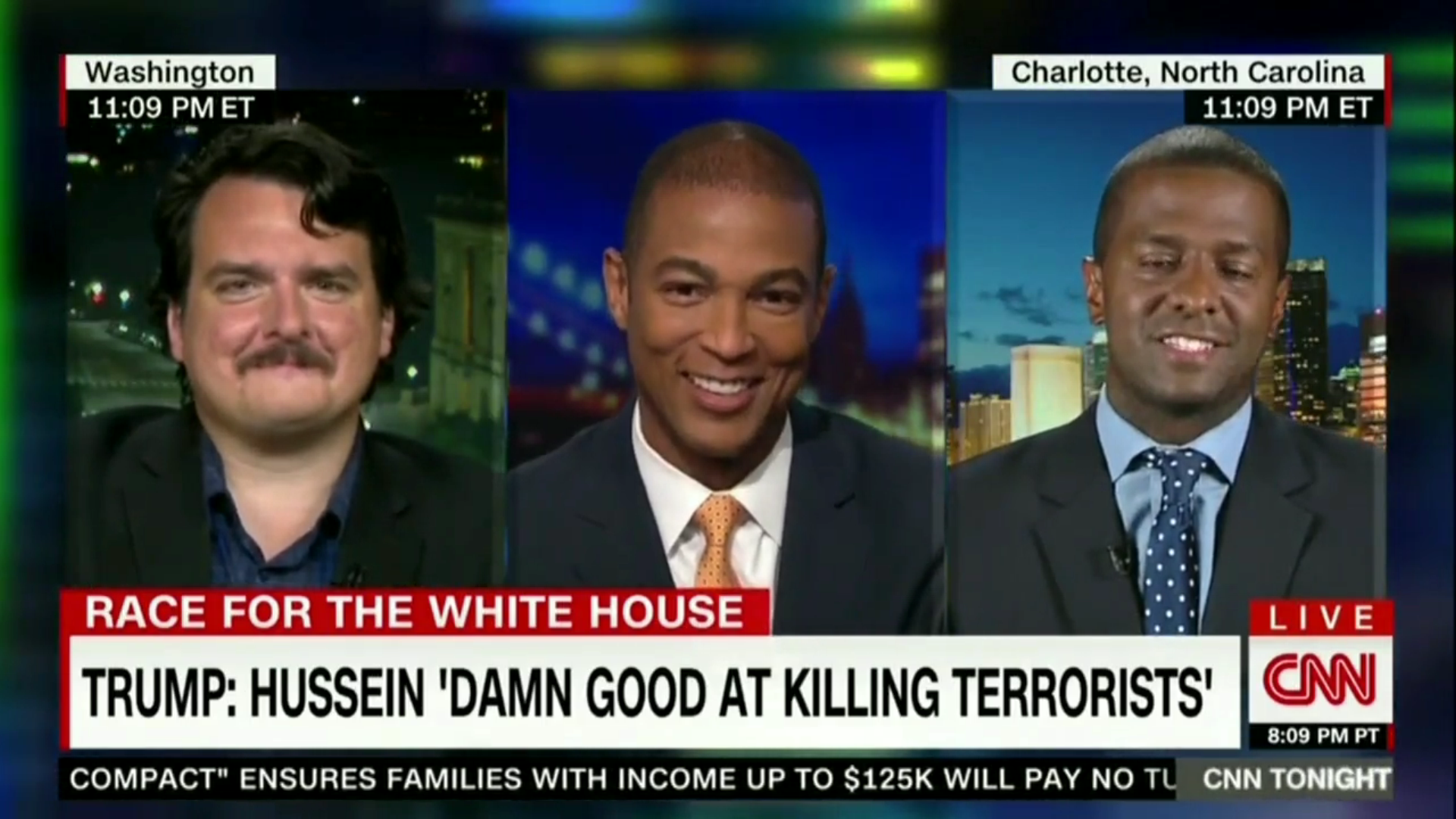 This week, GOP presidential candidate Donald Trump managed to accomplish something else that seemed impossible -- in this case, he actually inspired some liberals to finally start railing against the many evils of former Iraqi dictator Saddam Hussein.

But liberal CNN political commentator Bakari Sellers had an amusing amount of trouble getting the words "Donald Trump" out of his mind as he was trying to go negative on Saddam Hussein as, four times in less than 20 seconds, Sellers repeatedly substituted the GOP presidential candidate's name in place of that of the former Iraqi dictator.

Making CNN Tonight host Don Lemon repeatedly have to jump in to correct him, Sellers asserted that "Donald Trump" had "killed tens of thousands of his own citizens," and that "Donald Trump," before meeting his "demise," was planning to use chemical weapons against Israel.


At 11:09 p.m. ET, the liberal CNN commentator began taking Trump to task for recently praising the former Iraqi dictator for supposedly killing terrorists. Sellers made his first two flubs: "First, Donald Trump was for the Iraq War before he was against it. Second, Donald Trump didn't kill terrorists. Donald Trump killed tens of thousands of his own citizens."

He made the same mis-statement a third time as host Lemon jumped in to correct him:

Fellow guest Dave Weigel of the Washington Post quipped: "Let's not get ahead of ourselves."

Sellers acknowledged his verbal gaffe, but then immediately made the same mistake again seconds later:

Excuse me. Saddam Hussein. Saddam Hussein skint -- sent missiles into Iraq, and we just found out from recent tapes that Donald Trump even stated to some of his underlings before he was taken -- before he met his demise -- that he actually would send chemical weapons into Israel.

Lemon had to jump in and correct him again: