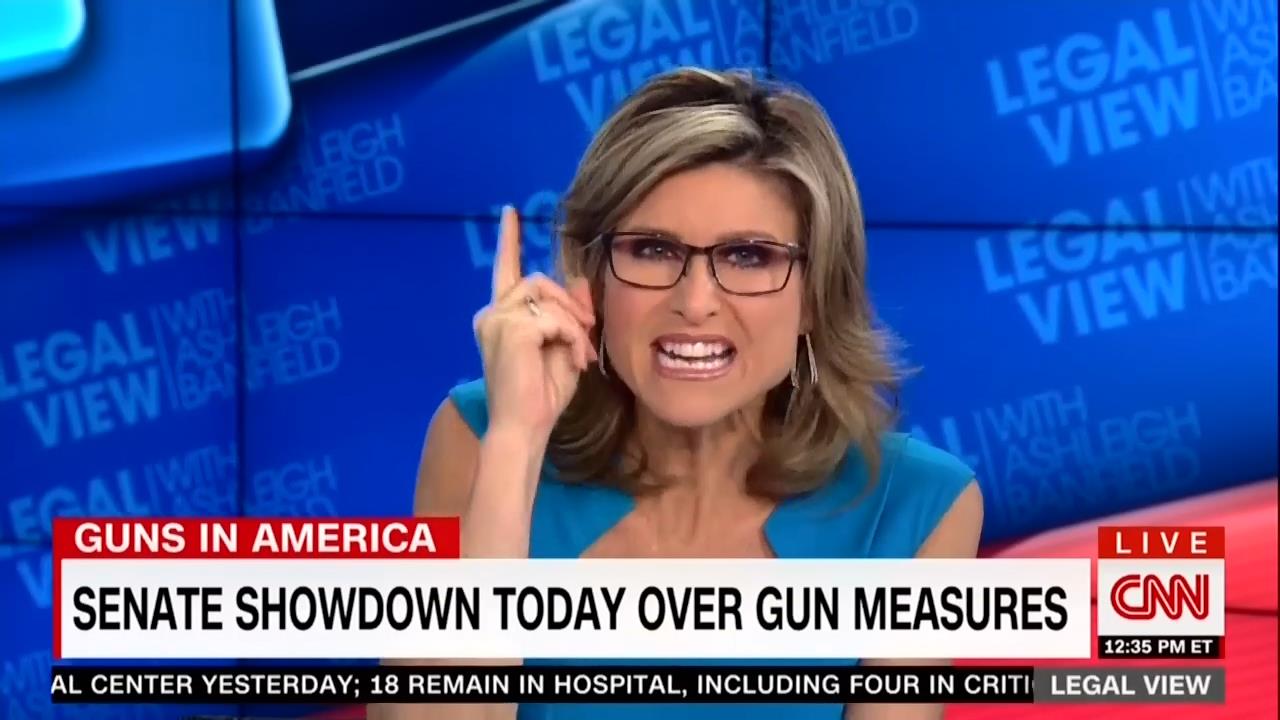 In the aftermath of the Orlando night club massacre, flawed polls claiming that about 90 percent of Americans want universal background checks for gun purchases have started making the rounds again as CBS last week and CNN this week have released such misleading findings.

But over two years ago, a poll commissioned by the National Shooting Sports Foundation found that, when respondents were informed by the questioner that most gun show purchases already fall under the background check net, support for additional background check requirements plummeted.

In a little-noticed survey conducted in November 2013, the polling firm McKeon and Associates posed to respondents:

As reported by NSSF in December 2013, a mere 40 percent answered yes, while a 53 percent majority opposed additional background check requirements.

Despite the dubious nature of the CBS result, CBS This Morning co-host Charlie Rose recounted the survey on air last week, and CNN host Ashleigh Banfield cited the poll on her Legal View show on Monday this week. CNN New Day co-host Alisyn Camerota last week coincidentally cited a similar CBS poll from October as well. And CNN now joins CBS in releasing its own poll with similar results.

And, as recently as January of this year, Politifact was still pushing the 90 percent number when it mis-corrected conservative talk radio host Laura Ingraham as the alleged fact-checking group insisted that the 90 percent figure had never been "debunked" and declared that Ingraham had made a "false" claim in asserting that it was.

At about 7:30 a.m. ET on Thursday's CBS This Morning, host Charlie Rose read the misleading results of the new CBS poll: "A solid majority of Americans favor stricter gun laws. That is, according to a new CBS News poll -- 89 percent support background checks on all gun buyers."

The same morning, Alisyn Camerota on CNN New Day found it "maddening" that Democrats have been so unsuccessful in pushing new gun laws despite alleged public support as she spoke with her guest, Maryland Democratic Senator Ben Cardin. Citing an older CBS News poll, Camerota griped about the National Rifle Association as an obstacle:

And just yesterday, CNN's Ashleigh Banfield was visibly frustrated as she, too, complained about the inability of new gun laws to pass Congress as she cited the more recent CBS News poll:

ASHLEIGH BANFIELD: I want to put up a poll, if I can, just to sort of test the waters of the American people when it comes to background checks. Because you would think we would be 50-50 the way Congress is behaving. And it is not at all 50-50. Just take a look at what CBS News was able to do June 13 to June 14 in its polling of Americans.

And yet, you have Chris Cox, who is one of the chief lobbyists for the NRA saying this over the weekend on one of the big political shows about, anybody in Congress, if you think you're going to vote for gun control measures and background checks, well, I'll let him say it. Have a look.

CHRIS COX, NATIONAL RIFLE ASSOCIATION: And the politicians who want to just divert attention away from the underlying problems and suggest that we're somehow to blame will pay a price for it.

The question posed in the recent CBS News survey made no attempt to educate respondents about what laws currently exist as it vaguely asked: "Do you favor or oppose a federal law requiring background checks on all potential gun buyers?"

In the CNN poll, the relevant introduction reads: "Please tell me whether you would generally favor or oppose each of the following proposals which some people have made to reduce the amount of gun violence."

The background check followup question then continues: "A background check on anyone attempting to purchase a gun in order to determine whether the prospective buyer has been convicted of a felony."

The tendency of so many respondents to answer in the affirmative that they support background checks on all gun sales appears to be more of a reflection of most Americans not being aware that so many gun purchases are already covered by current background check laws, while actual support for changing the law to include private sales in the net is much softer.