Appearing as a guest on CNN Friday afternoon to discuss the funeral of former First Lady Nancy Reagan, CNN political commentator Carl Bernstein at one point characterized her position on stem cell research as "to hell with" the "Republican right-wing shibboleth that stem cell research was off limits for religious reasons."

Carl Bernstein, to you, you know, after President Reagan, he wrote the letter to the nation in 1994 announcing he had Alzheimer's, passed away in 2004, and, you know, she really protected his image in his final years, to your point again, as the protector and really used her voice for a number of causes, including, of course, stem cell research. She wanted to cure Alzheimer's Disease. 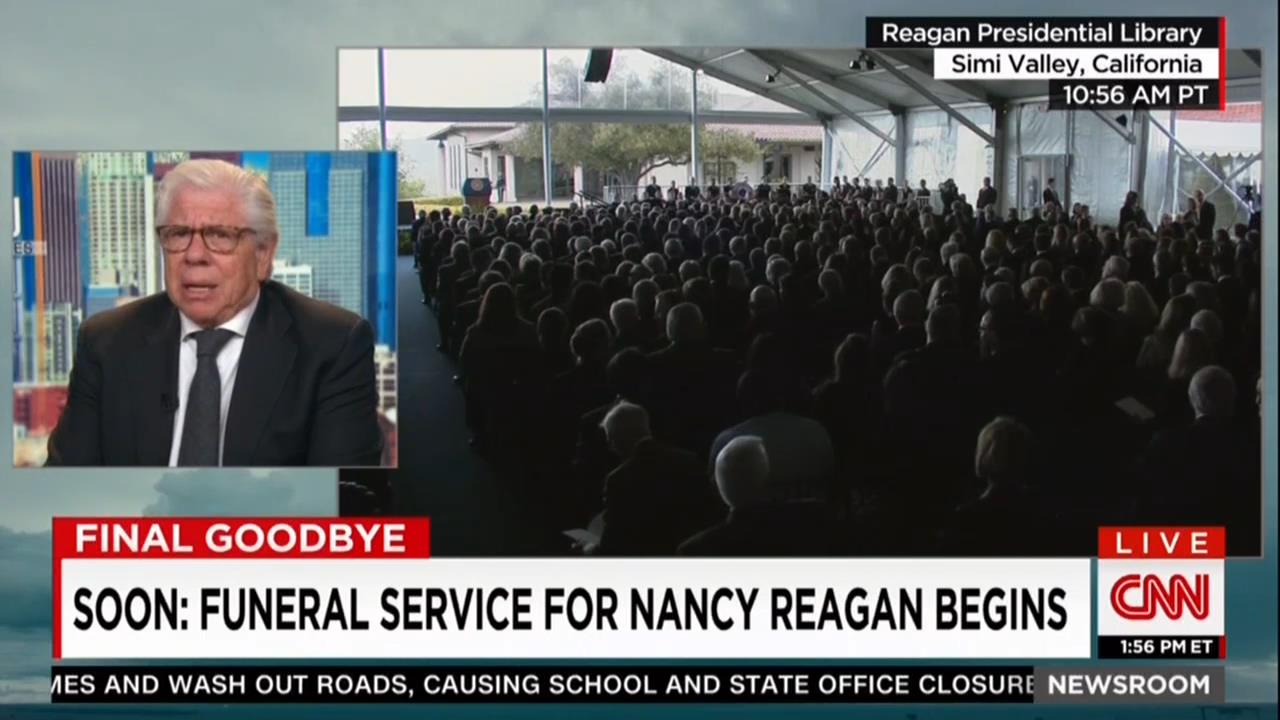 She was a very sensitive human being, and I think that's what David (Gergen) and all of us are getting at here. And when she saw what Alzheimer's was doing to this man that she loved who was her life, she instantly understood what it meant to others as well who were going through this, and she talked about it with friends.

He then derided the religious concerns of the "right wing" as he added:

And the fact that it was a Republican right-wing shibboleth that stem cell research was off limits for religious reasons, she just said to hell with that, that we need to save people from this terrible scourge that we are seeing what it's doing to Ronnie. She was a private person in some ways, but on this she wanted to get out in front.