On Friday's Anderson Cooper 360 on CNN, correspondent Randi Kaye filed a report recounting her discussions with mostly young evangelical Christians in South Carolina as she asserted that the group she spoke with think GOP presidential candidate Ted Cruz is "against the teachings of Jesus" on the issues of "poverty, war, and how to treat strangers."

Implying that Cruz is not "compassionate," she concluded by recalling that they are "looking for someone who's compassionate" and "who has great acceptance for others."

A bit into the pre-recorded piece, Kaye set up a soundbite from a man who declared that they were not looking for a "pastor-in-chief":

RANDI KAYE: For these voters, it's not about electing a President to restore Christian America.

Then came a clip of the CNN correspondent sitting in front of a group of six voters as she highlighted that none of them are supporting Cruz or Donald Trump. Kaye:

And for this group, that someone isn't Ted Cruz or Donald Trump. Is anybody here supporting Donald Trump? Raise your hand. None of you. Are there any Ted Cruz fans? Nobody?

She took a swipe at Senator Cruz as she added: 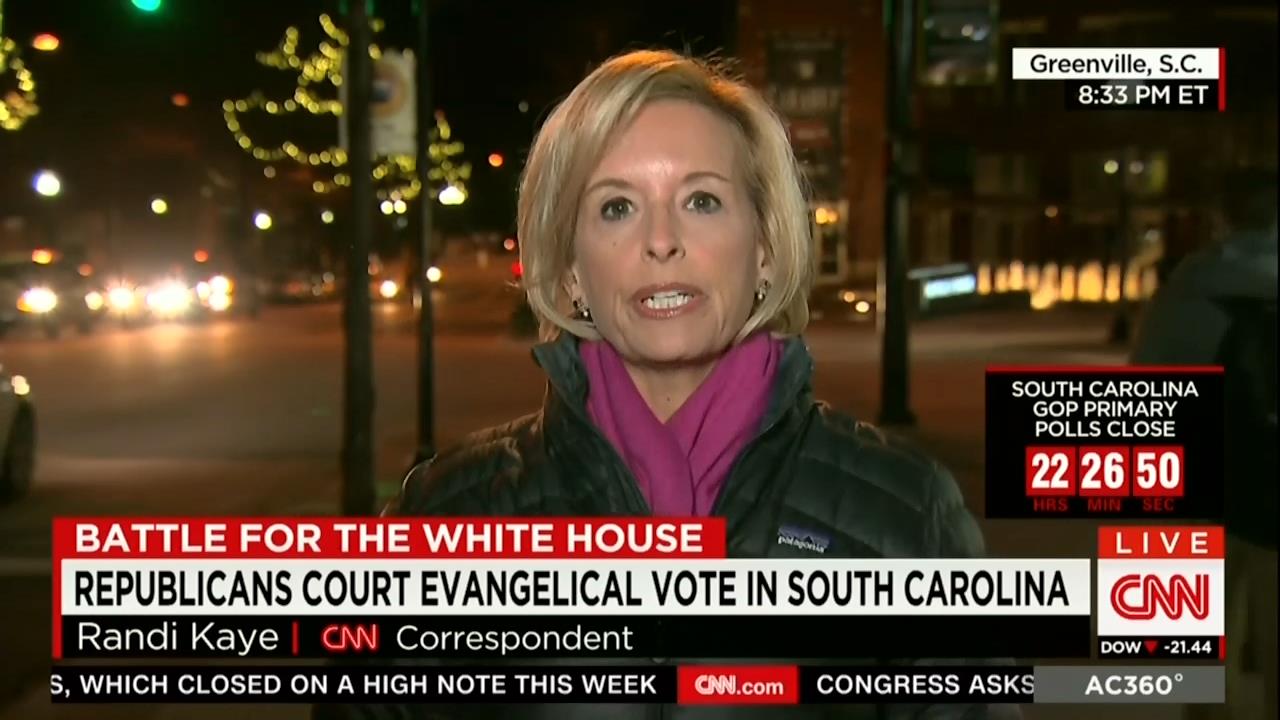 They think Cruz is running a dirty campaign and say, despite his evangelical roots, he's against the teachings of Jesus on poverty, war, and how to treat strangers.

Then came a soundbite of one man to further complain about Cruz:

WILL MCCORKLE, EVANGELICAL VOTER: His foreign policy is very militant. He's not embodying Christian values because this extreme nationalism and xenophobia are against the teachings of Jesus.

After recounting that the group of voters have doubts about Trump's sincerity as a Christian, Kaye appeared live in studio with host Anderson Cooper where she expanded on younger evangelicals being less supportive of Senator Cruz and made her suggestion that the Texas Senator is not viewed as "compassionate." Kaye:

Our group really sees a generational divide happening among the evangelicals. They see Ted Cruz as sort of the old warrior-style evangelical, the kind that would appeal to Pat Robertson or Jerry Falwell. It's not the kind of evangelical the appeals to the group of evangelicals that we spoke with. They're looking for someone who's compassionate, who has great acceptance for others, who has self-control and great discipline, which is why many of them are considering voting for Ben Carson.

They also want someone in the Oval Office, Anderson, who will work hard to carry the burdens of others. They think that is the Christian way, and they don't think that that is what they would find with Donald Trump or Ted Cruz.