Appearing as a panel member for CNN's live coverage of the Iowa caucuses on Monday night, liberal CNN political commentator Van Jones at one point went over the top in praising Hillary Clinton's alleged political skills during a discussion of how the Clinton campaign could try to make lemonade out of the lemon of Clinton being in a near tie with Bernie Sanders in Iowa.

Jones gushed that Clinton has "blossomed into the kind of candidate that you dream about," and asserted that "she was brilliant" at the recent CNN town hall event.

At 11:06 p.m. ET, during a discussion of the very close race between Clinton and Sanders, CNN host Anderson Cooper brought up the possible spin that could come from the Clinton campaign:

ANDERSON COOPER: The other interesting thing is, you know, early on, when people didn't think Sanders was all that viable against Hillary Clinton, there were a lot of even Clinton supporters who were complaining that, you know, a tough race would actually make her a better candidate. I guess one way to spin this-

COOPER: -as a Clinton supporter tonight is: This is going to make her be a better candidate if she gets the nomination. 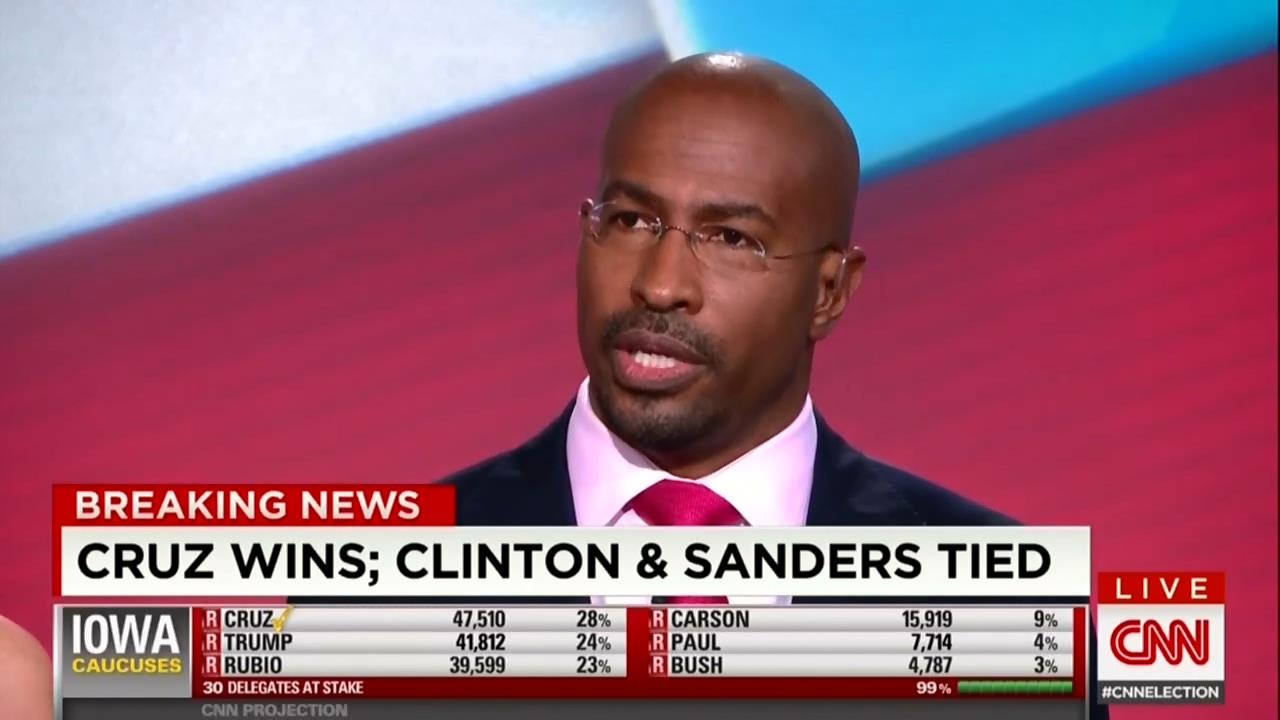 Effusing over Clinton, Jones jumped in:

But, and she has. She is a much better candidate. Listen, I'm going to tell you this: The past two to three weeks, Hillary Clinton has blossomed into the kind of candidate that you dream about. Listen, we did that town hall-

After Cooper added, "She was very strong there. That audience liked her," Jones continued:

She was brilliant, she was brilliant, and she was able to show she's probably the best prepared person to be President of the United States in a very, very long time. And that would not have happened had you not had this sort of determined fight back from the left.