On Thursday's The Nightly Show on Comedy Central, host Larry Wilmore skewered President Barack Obama in the aftermath of Russia undermining the President's Syria policy by bombing the Syrian rebels Obama has been supporting.

The Comedy Central host reminded viewers that Obama had mocked Mitt Romney in 2012 when the GOP presidential candidate warned that Russia would be one of America's greatest foreign policy problems, as Wilmore referred to Obama's cocky dismissal of Romney as "near-sighted snobbery," and played a clip of the exchange with Romney.

After recounting Russia's recent airstrikes against Syrian rebels in which the U.S. was only given one hour's notice before the strikes began, Wilmore observed:

Yep, Putin is stirring up trouble, bombing the very people we're supporting. We all thought the Cold War was over, but now Russia has once again become our biggest problem. Man, Obama did not see that coming.

The Comedy Central host moved to further embarrass Obama as he added:

In fact, you know, he was so blind to this threat, he actually mocked Mitt Romney in 2012 for suggesting that Russia might be a threat.

Then came a clip of President Obama from one of the presidential debates from October 2012:

A few months ago, when you were asked, "What's the biggest geopolitical threat facing America?" you said Russia. Not al-Qaeda. You said Russia, that the 1980s are now calling asking for their foreign policy back.

Mocking Obama, Wilmore suggested that Russia would be ruling the world in the 2030s as he continued: 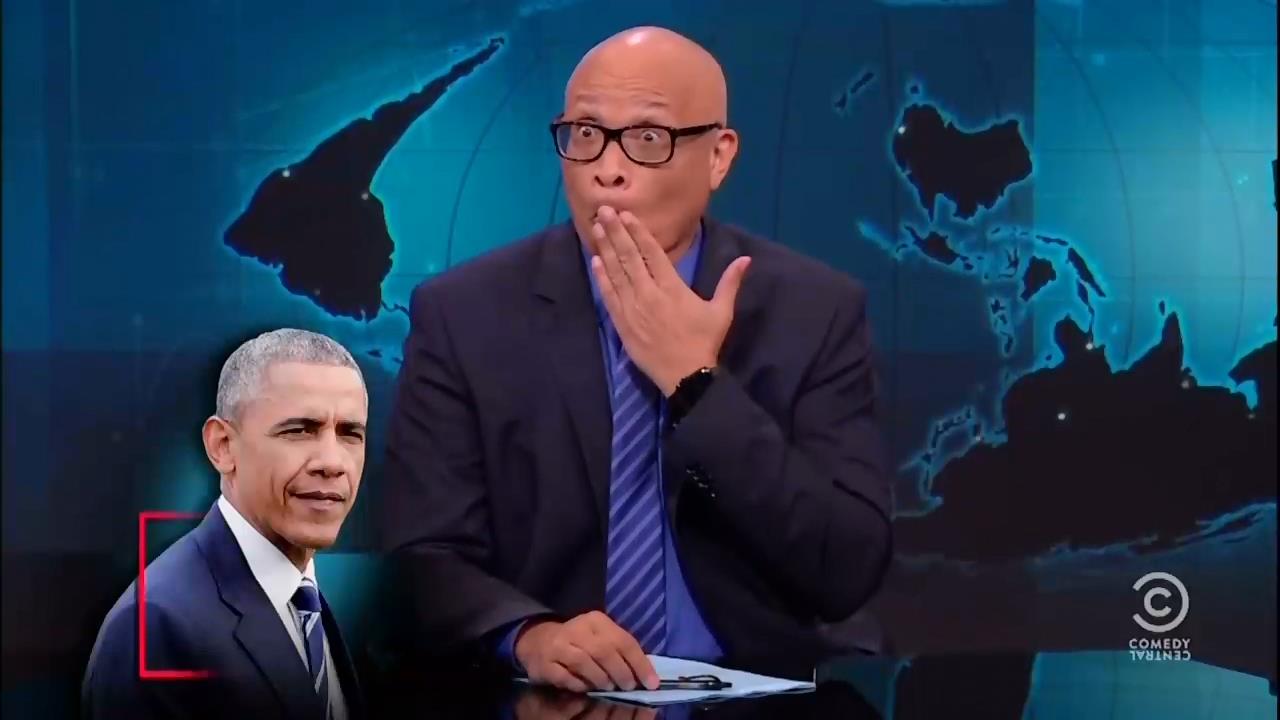 Not to be seen as being too positive toward Romney, Wilmore then took a moment to mock the former GOP candidate's Mormon faith by bringing up reports of child abuse by an infamous Mormon polygamist:

All right, let's try and fix this. You know, I've got to give Mitt Romney credit. He called it right on Russia, of course. But, of course, this week, polygamist sect leader Warren Jeffs was accused of abusing two of his kids, so, all in all, a kind of an up and down week for the Mormons.