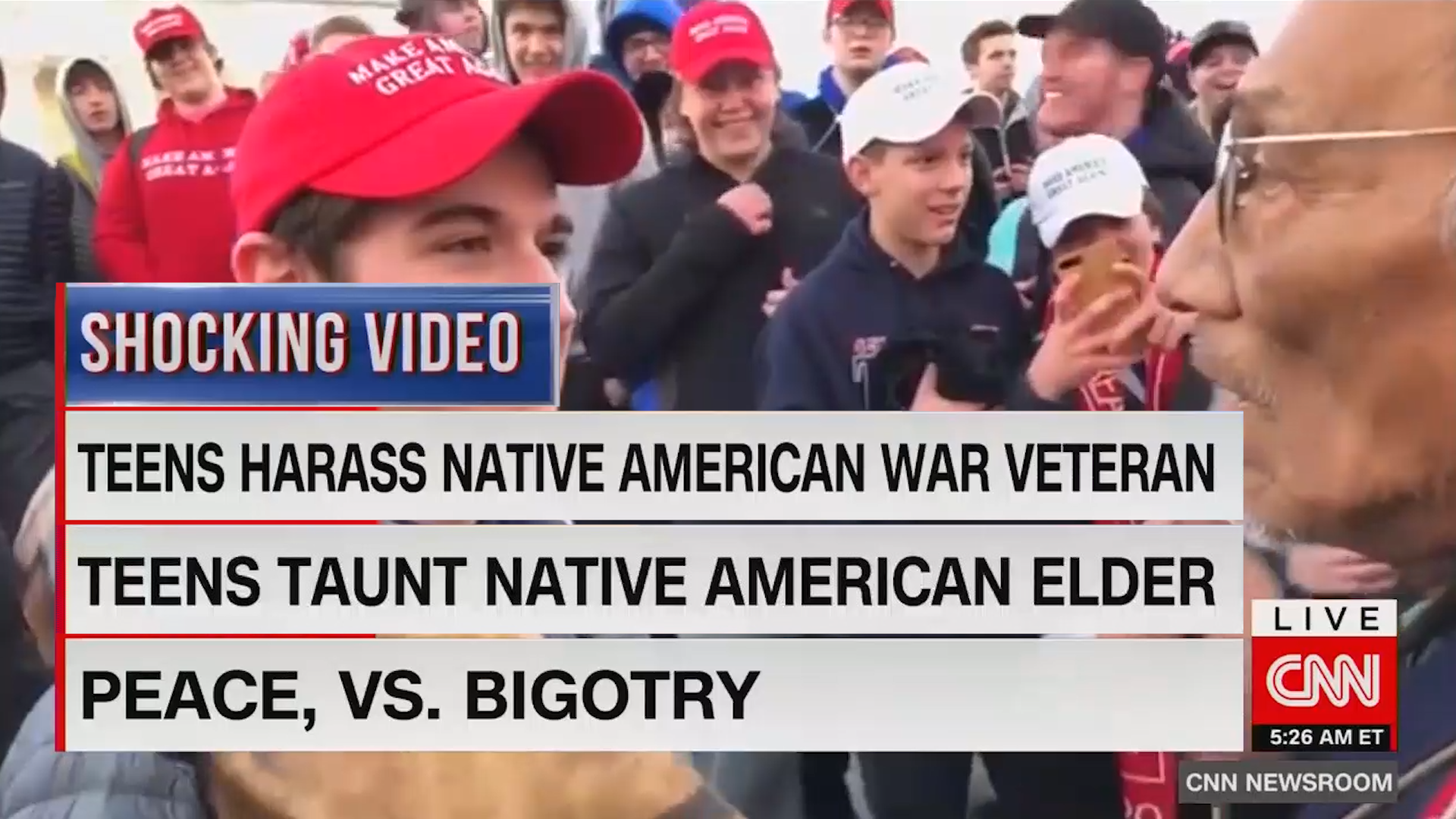 UPDATE: CNN has since published an article on their website acknowledging the lawsuit.

CNN still has yet to report on the now week-old lawsuit filed against them by lawyers for Covington Catholic High School student Nicholas Sandmann. The suit, which accuses the cable network of “falsely attacking, vilifying, and bullying” the teenager, has not received a single second of airtime during any CNN broadcast, nor has it been mentioned in any article on their website as of 1:00 p.m. Eastern on Wednesday, March 20.

Though they’ve remained quiet about their own legal tangle with the high school student, CNN did find the time to report on the suit Sandmann filed against the Washington Post. On February 20, the network ran three separate news briefs on its early morning shows covering that filing. In one such report, Early Start fill-in co-host Boris Sanchez noted that the viral video of the teen had “initially touched off accusations that Sandmann was a bigot” — conveniently failing to mention that his network was also a prominent voice in the chorus of such accusations.

On the morning of January 20 for example, CNN Newsroom Live ran a series of inaccurate reports about the incident, along with the following chyrons:

Despite their considerable accusatory coverage of the Covington students (43 minutes within the first two days alone), a review finds CNN’s later reporting included no admission of its role in pushing false narratives about the video. After more footage of the widely-publicized interaction between Sandmann and Native American activist Nathan Phillips had emerged on January 20, Newsroom afternoon host Fredricka Whitfield remarked during the 4:00 p.m. Eastern hour: “As with any viral video, there is more truth than what you see in a clip on Twitter.”

The following morning on January 21, Early Start co-host David Briggs pontificated: “The problem is, we all overreact so instantly with these stories.” He later added: “Hopefully some understanding and some positive learning comes out of this.”

Considering CNN hosts found ample time to lecture others about hastily jumping to conclusions, their current refusal to so much as acknowledge this lawsuit against them is conspicuous.