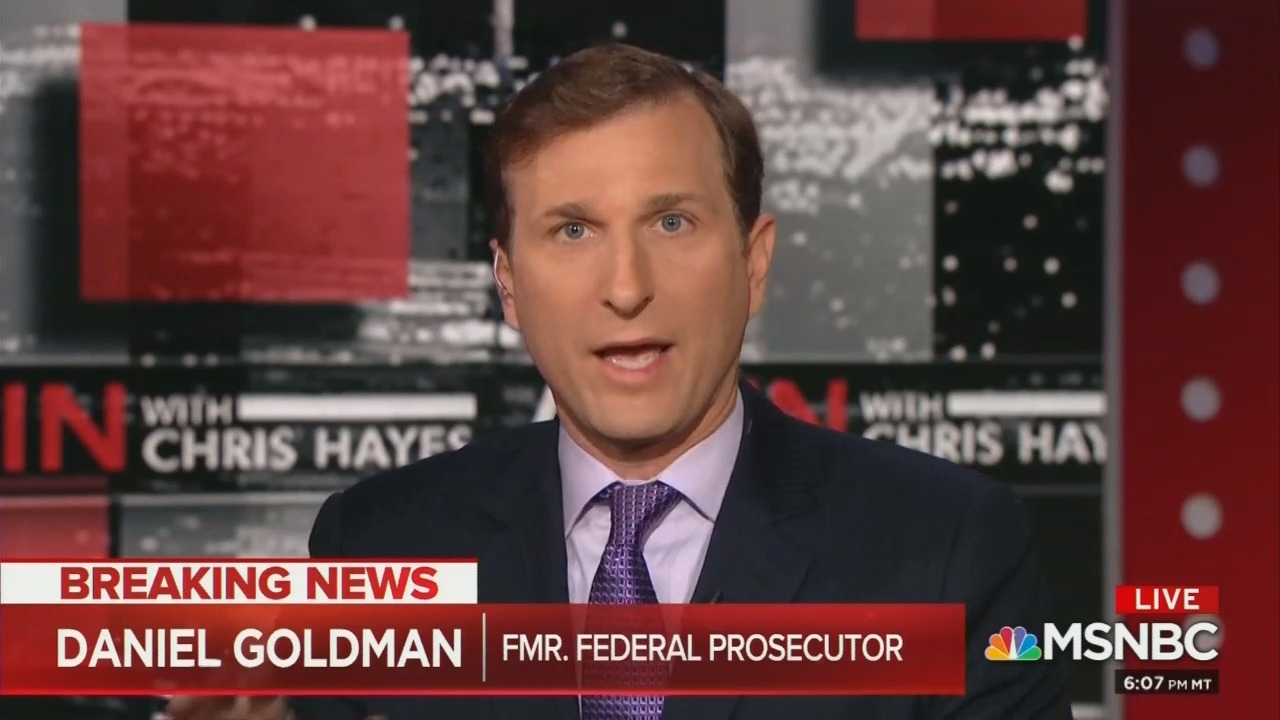 Former MSNBC contributor Daniel Goldman, who was recently hired as director of investigations for the House Intelligence Committee, has quite a track record of spewing anti-Trump Democratic talking points on cable television. Over the past few months alone, Goldman has used his television platform to tell viewers “that the President has committed a felony in order to obtain the office of the presidency,” and that the very act of opposing President Trump puts him on “the right side of history.”

Interestingly, MSNBC host Nicolle Wallace made no mention of Goldman’s professional relationship with her network when she announced the appointment on Tuesday’s Deadline: White House. CNN’s first report about the development that same evening also skipped this latest turn of the revolving door between the Democratic Party and establishment news media.

Goldman once claimed during an interview on Fox News that he was “not at all partisan.” However, MRC analysts examined Goldman’s appearances on cable news to evaluate that claim and discovered he has spent the past year using his media platform to lobby for the idea that the President is decidedly guilty.

See the video compilation below for a sample of Goldman’s naked partisanship:

During the December 14, 2018 edition of MSNBC’s Morning Joe, Goldman lauded former Trump attorney Michael Cohen’s efforts “to get on the right side of history” by cooperating with Special Counsel Robert Mueller against the President. During that same show, he also asserted: “We already now know that the President has committed a felony in order to obtain the office of the presidency.”

Earlier that month, Goldman tweeted that the those who likened the President to a mob boss were being “unfair” to mobsters: 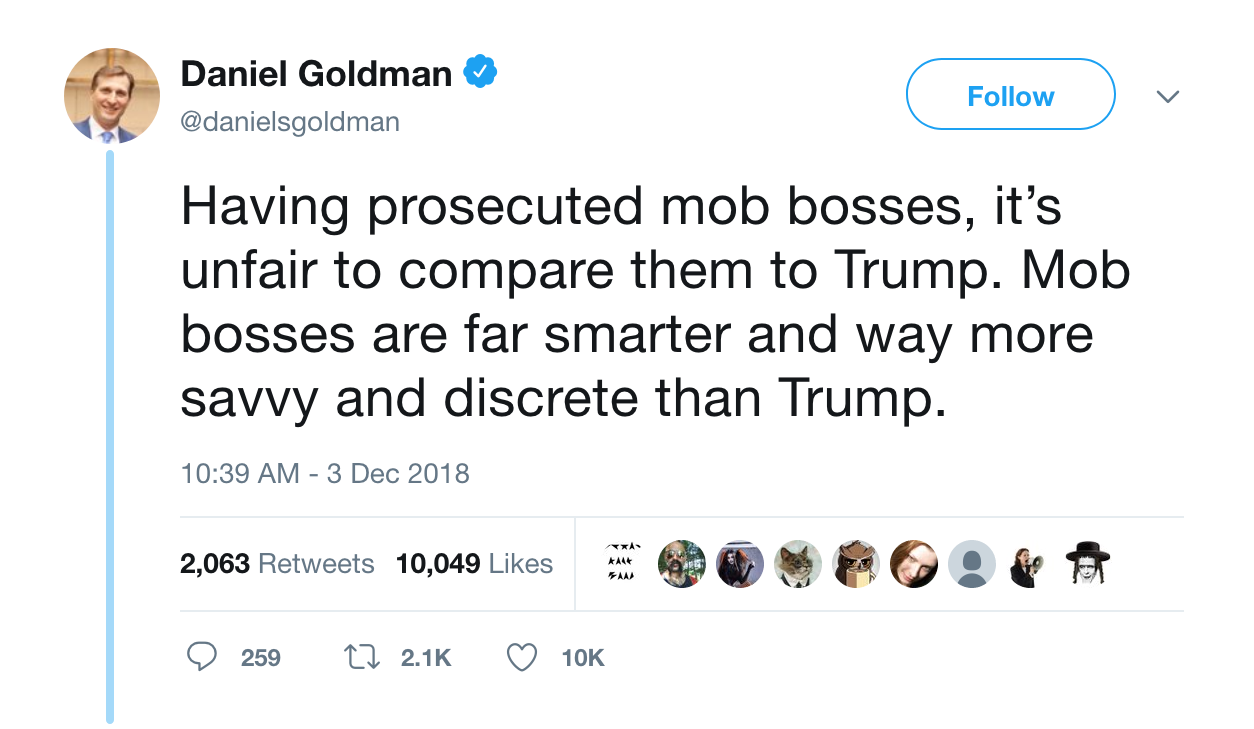 Back in the summer of 2018 when it was revealed that the FBI had sent an operative to infiltrate and gather information on the Trump campaign, Goldman was among those demanding that the term “spy” not be used. On June 13’s Tucker Carlson Tonight, he opined: “I think the people who use the term ‘spy’ in the context of a confidential informant are doing so only for partisan reasons, because a spy does not exist within the FBI.” Goldman also later asserted that Americans “don’t have a right to know” why the FBI had been spying on the campaign.

Goldman was also very active on MSNBC during the confirmation process of Supreme Court Justice Brett Kavanaugh — predictably, as a staunch critic of the judge.

On the day of Kavanaugh accuser Christine Blasey Ford’s testimony, Goldman became so incensed that Senator Lindsey Graham had described Ford as “a nice lady,” that he decided to heroically “apologize for all men” during the 2:00 p.m. hour of MSNBC Live. Later on the October 1, 2018 edition of NBC’s Megyn Kelly Today, he asserted that Ford ought to be believed because: “When a victim comes forward, the victim is not responsible to provide the corroboration.”

To be fair, not all of Goldman’s appearances on MSNBC have featured such glaringly partisan proclamations. His role in panel discussions on that network has often been to provide objective legal context for whatever topic was being discussed at the time. But conversely, his legal bona fides do little to minimize the blatant bias that he often projects against the President.