CNN's Stelter: Are We Talking About Russia Enough? 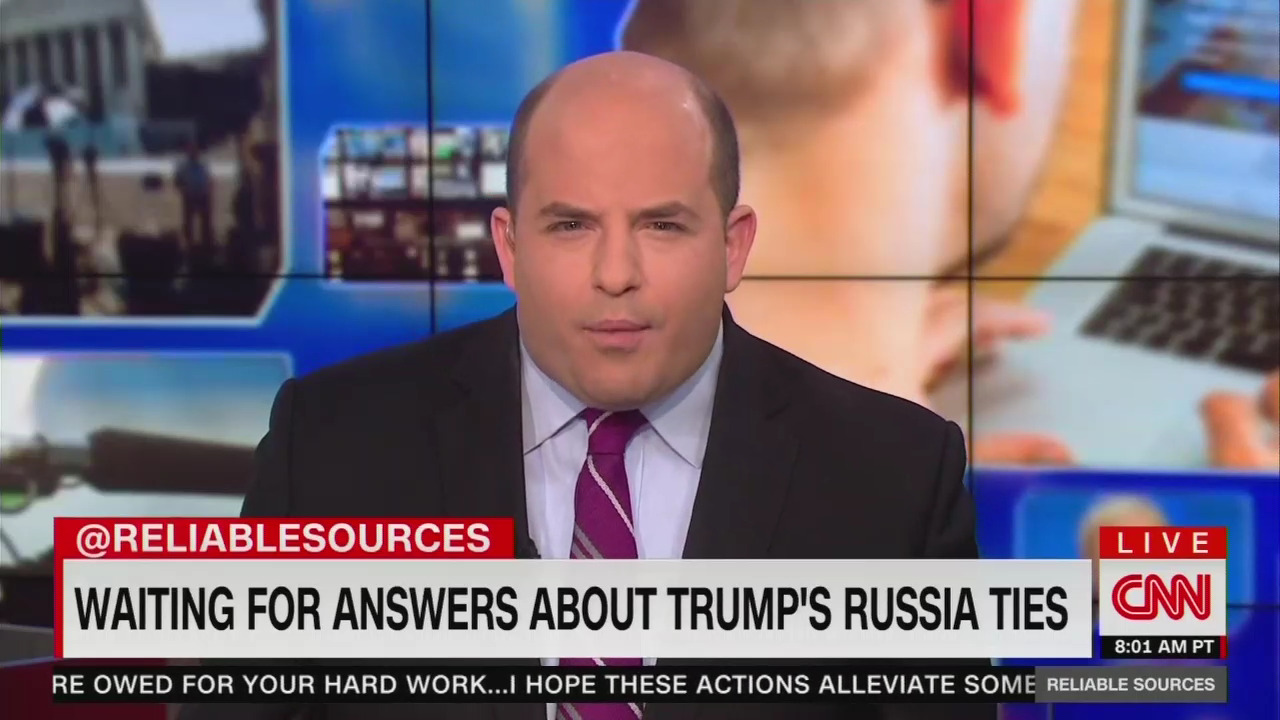 CNN’s Brian Stelter on Sunday complained — with a straight face — that some in the news media were not spending enough time covering the Russian collusion narrative. The Reliable Sources host was frustrated that ABC’s Good Morning America had had the temerity to start both its Saturday and Sunday shows talking about other topics, such as weather: “How can a morning show not lead with this drama?”

In an interview with CNN contributor and former Washington Post reporter and Carl Bernstein, Stelter vented:

I was watching Good Morning America this weekend, and both mornings they led with snowstorms and scares at malls and other stories, and not this. And I just keep wondering if the public is ill-served if we don’t make it really clear what the stakes of this story are. How — how can a morning show not lead with this drama, I guess is what I’m saying.

For his part, Bernstein pushed back against Stelter’s claim: “I think plenty of times we lead with this drama.”

In this case, the drama in question was new reporting that the President had taken a translator's notes after meeting with Vladimir Putin, and that the FBI had opened a new inquiry into the President after he fired former FBI Director James Comey.

Stelter’s fear that broadcast networks had somehow failed to give sufficient oxygen to the Russia collusion story was ill-founded. The MRC’s most recent study of network evening news coverage from June 1 and September 30, 2018 found that the Russia “collusion” investigation received more airtime than any other topic, and that 97 percent of that coverage had been negative towards the Trump administration.

“It’s remarkable that we’re still celebrating these firsts in the first place,” he continued with apparent indignation. “You know, the fact that we haven’t ever seen a female President [of] CBS News.”

This stern chiding of CBS looks somewhat ironic when one considers that Stelter himself works for a network which has never had a female president. All of CNN’s five current and former presidents have been men, and only one of its six top executives is a woman. Furthermore the Turner Broadcasting Network, of which CNN is a subsidiary, also has never had a female president, and currently has only one female executive.