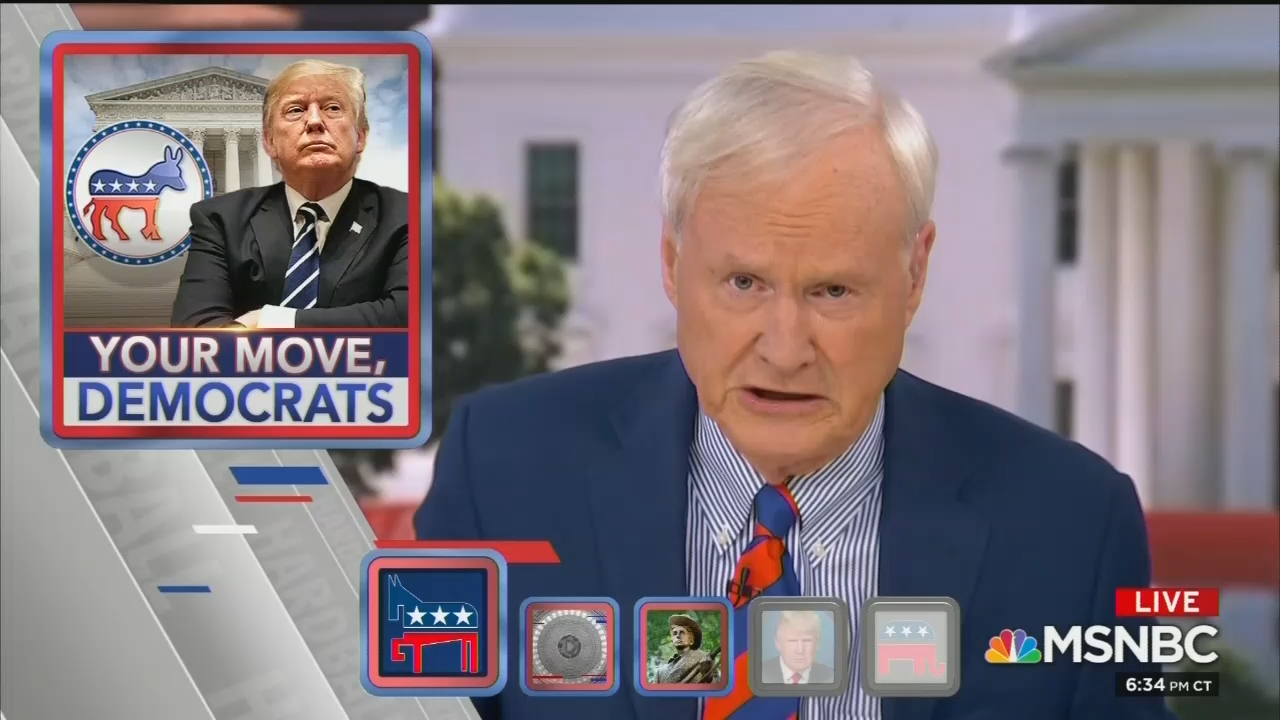 MRC analysts examined all CNN and MSNBC coverage between 6:00 a.m. and 11:59 p.m. on August 22, counting every use of the word “impeach,” “impeachment,” or some permutation thereof. Analysts found 114 instances of the term on MSNBC and 108 on CNN, for a total of 222 total uses of the word.

There were no shows on either network in which the term was not uttered at least once. CNN’s Chris Cuomo and Don Lemon and MSNBC’s Andrea Mitchell and Rachel Maddow exercised the most restraint, with each host using the term only once in their allotted hour.

A number of hosts brought in Congressional Democrats to lobby them in the direction of impeaching President Trump. On CNN’s New Day, host John Berman pushed liberal Senator Elizabeth Warren: “Is that grounds for impeachment?”

Later, Wolf Blitzer suggested to Connecticut Congressman Jim Himes on The Situation Room: “Do you think it would be appropriate to immediately begin impeachment proceedings based on what you’ve just learned, for example, from Michael Cohen?”

On MSNBC’s 6 p.m. ET The Beat, fill-in host Ayman Mohyeldin nudged New York Representative Hakim Jeffries: “In the spring, you said that Democrats have ‘no interest in going down the road to impeachment.’ Is that still case? Should Democrats and members of Congress consider impeachment against this President?”

So prominent was the topic of impeachment that Ali Velshi began his hour of MSNBC Live with an in-depth presentation on the process – which he embarrassingly bungled.

What follows is a video compilation which captures the enthusiasm with which the cable outlets discussed impeachment yesterday: