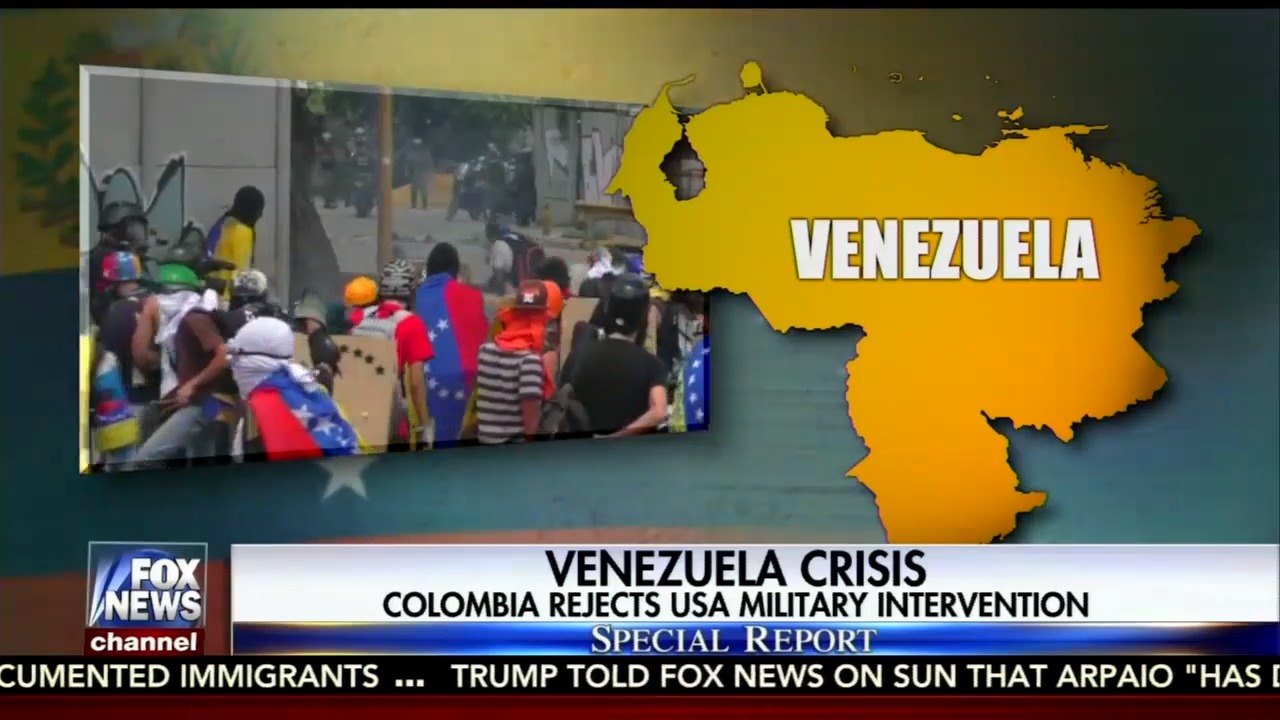 Socialist Venezuela is in the midst of an historic economic collapse, but you’d never know it if you relied on the three network evening broadcasts for your news. On Monday, the country’s government issued a new currency to counter a record rate of 1,000,000 percent inflation, and none of the networks said a word. This followed the July 30 concession by President Nicolas Maduro that his administration’s “production models... have failed.” Again, the evening newscasts were silent.

Considering the stubbornness with which avowed socialists tend to defend their ideology, it is difficult to overstate the weight of this admission by Maduro – unless you’re ABC, CBS, or NBC. Lack of network coverage aside, there has been no shortage of newsworthy mayhem in Venezuela this year. Here are some developments that have not received even a second of network airtime:

■ Miserable living conditions in the South American nation have sparked a mass exodus, with hundreds of thousands of Venezuelans fleeing into neighboring countries. In Brazil, the influx grew so immense that, on Sunday, the government sent armed troops to its border to quell a series of violent altercations between migrants and locals.

■ Early April marked the start of a months-long protest against the Maduro regime’s policies in the wake of rampant food shortages. By the 50th day, more than 200,000 Venezuelans were rioting across the country, with reports of participants “hurl[ing] Molotov cocktails and rocks at police, who responded with tear gas.” At least 47 people died in the skirmishes.

■ Food shortages were causing widespread violence and crime well before these protests began. Not even two weeks into 2018, there already had been 107 incidents of looting and 19 deaths recorded by the Venezuelan Observatory for Social Conflict, a Caracas rights group.

Only two Venezuela-related topics have received prime time broadcast evening news coverage in 2018 – both of which lacked any mention of the country’s dire economic straits.

On August 5 and 6, all three networks (ABC, CBS, and NBC) ran a segment apiece about the attempted drone assassination of Maduro at a military event in Caracas.

The May release of an American man who’d been held in a Venezuelan prison for two years was the only other story to receive network coverage this year, aside from a 13-second news brief on NBC Nightly News about the country’s national election, which was included in the same segment.

Spanish language news was much the same, with only Telemundo (but not Univision) bothering to mention the Venezuelan govenment's issuance of a new currency.

These networks who now refuse to discuss the desperate state of Venezuela were singing a very different tune when Maduro’s predecessor, the late Hugo Chavez, was in power. In 2007, following an interview with the South American dictator, ABC’s Barbara Walters professed on Nightline that she’d been charmed by him: “Well, he was not what I expected. He was very dignified. He was warm, friendly.” She later added sympathetically, “He talked about how hard his life was, that he wished he could be in love but you can’t be when you are heading a country.”

NBC correspondent Kerry Sanders described Chavez as “a star among the poor,” gushing that “For almost 14 years, Chavez’s socialist revolution has captured the imagination of the poor here....”

Even after Chavez’s death, the praise continued. On MSNBC’s Hardball on March 5, an emotional Eugene Robinson of The Washington Post recalled of the socialist despot:

He’s very quick-witted. It was a visit he made to Washington shortly after he became president, and I remember he came to the Washington Post and there were several of us waiting to greet him. I didn’t know if he spoke English at the time, so I introduced myself to him in Spanish when he got to me in the line, and he shook my hand and looked up at me and kind of grinned and said, ‘Hello, my name is Hugh.’ It just kind of cracked everybody up.

Much to the media’s chagrin, even Chavez’s own successor has now declared his socialist utopia’s governing policies a failure. What remains to be seen is whether any of networks will find the time to cover it amidst their ceaseless obsessing over the Russia investigation.