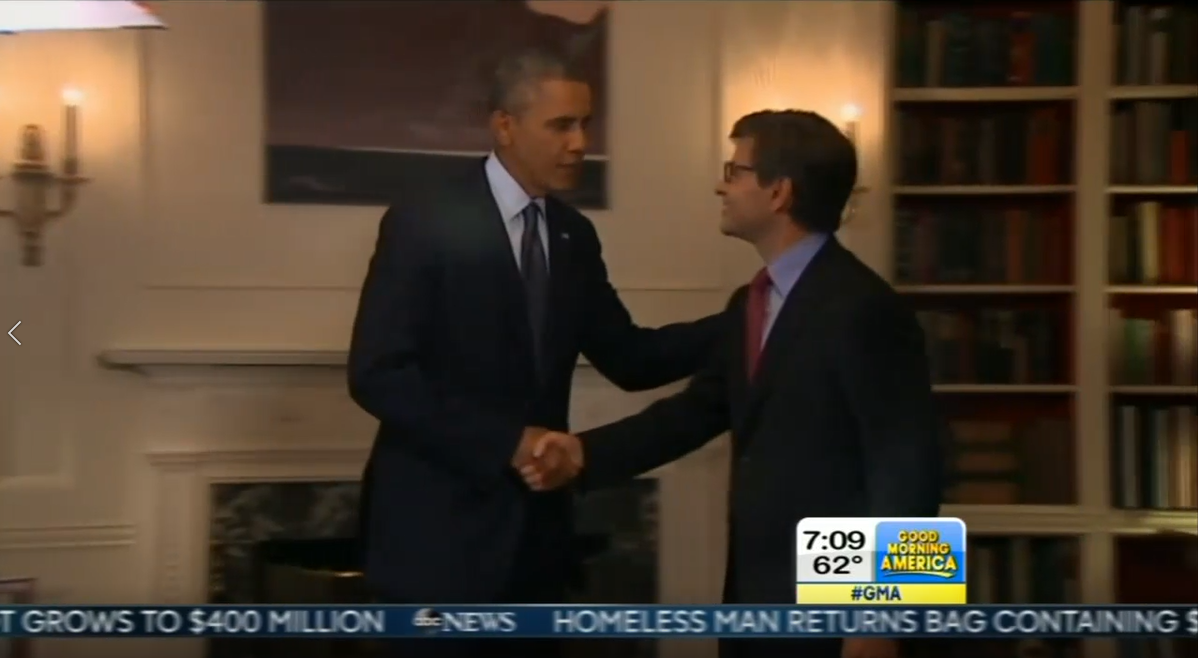 Many in the liberal media have blamed the recently alleged chemical attack in Syria on President Trump, citing his vow to pull American troops out of the region as having “emboldened” Syrian President Bashar-al Assad. Yet the same networks wildly praised the “amazing” and “potentially groundbreaking” 2013 deal in which President Obama entrusted Russian forces with the disposal of Assad’s chemical weapons arsenal.

In September 2013, CNN’s Christiane Amanpour celebrated the deal, gushing that “[i]t’s amazing what’s happened.” Days later, then-State of the Union host Candy Crowley aggressively defended it, even as she conceded that it gave Putin the strategic upper hand: “Who cares? If it has a chance to get rid of chemical weapons, do we really care that Russia got the diplomatic edge?”

MSNBC anchor Alex Witt marveled that President Obama had emerged “the big winner” from the negotiations:

Do you think ultimately that President Obama is the big winner here? Because look what is going to be accomplished if this deal is followed through without the launch of one missile.
....The President having achieved his stated goal of getting Bashar al-Assad to stop using chemical weapons, and now it may play out that way without one single missile being fired.

In tense negotiations with the Russians, John Kerry accomplished a big first step: getting them to agree that Syria must give them a comprehensive accounting of all of its chemical weapons within one week. Despite the tentative deal this morning, the President is still under fire from critics on all sides.

“I do expect... that the United states will order military strikes against targets in Syria,” he remarked. He went on to claim that Trump’s “embrace of Putin” had helped cause the current situation in Syria. Curiously, none of the panelists bothered to mention that the Obama administration’s response in 2013 had been to hastily strike a deal with Russia.

Many in the liberal media have been quick to heap the lion’s share of the blame on one side of the aisle in light of the most recent developments in Syria. But they conveniently seem to have forgotten their own support for a policy that ultimately helped give rise to the current situation.