As socialist Venezuela implodes, the media has been strangely silent on the matter.

But, the lack of coverage isn't so strange considering the media's love for Venezuela's former socialist dictator Hugo Chavez and his leftist ideology. As Ben Shapiro at The Daily Wire points out, the media swooned over Chavez: 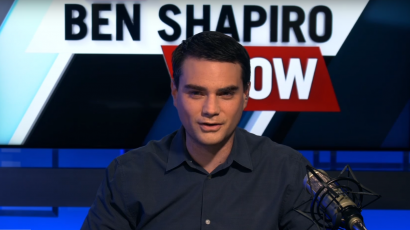 Eugene Robinson of The Washington Post called Chavez “quick” and “popular.” Larry King called him “huggable.” The Associated Press called him a “fighter.” The Atlantic stated, “Passionate and charismatic, Chávez slipped comfortably into the role of romantic Latin American revolutionary, championing the poor against an unfeeling local oligarchy and its imperial paymasters….Today millions of Venezuelans will weep tears of genuine anguish at his passing.” ABC News and Univision said he was “revered by Venezuela’s poor, who considered him one of their own.”And The New York Times sounded off, of course, calling him a “dreamer with a common touch and enormous ambition” who “maintained an almost visceral connection with the poor.”

During his tenure, Chavez received praise from Oliver Stone and Noam Chomsky, from Danny Glover and Nobel prize-winning economist Joseph Stiglitz, who said, “Venezuelan President Hugo Chavez appears to have had success in bringing health and education to the people in the poor neighborhoods of Caracas, to those who previously saw few benefits of the countries oil wealth…. It is not only important to have sustainable growth, but to ensure the best distribution of economic growth, for the benefit of all citizens.”

Venezuela's current president/dictator Nicholas Maduro, Chavez's handpicked successor, has continued to run with the late leader's leftist policies, which have been disastrous. But this reality will not make a difference to the left. As Shapiro rightly states, "The Left owns Venezuela. But they’ll simply say that socialism has never been properly tried. Again. Which, undoubtedly, will contribute to the suffering of millions of other people the next time it’s tried."