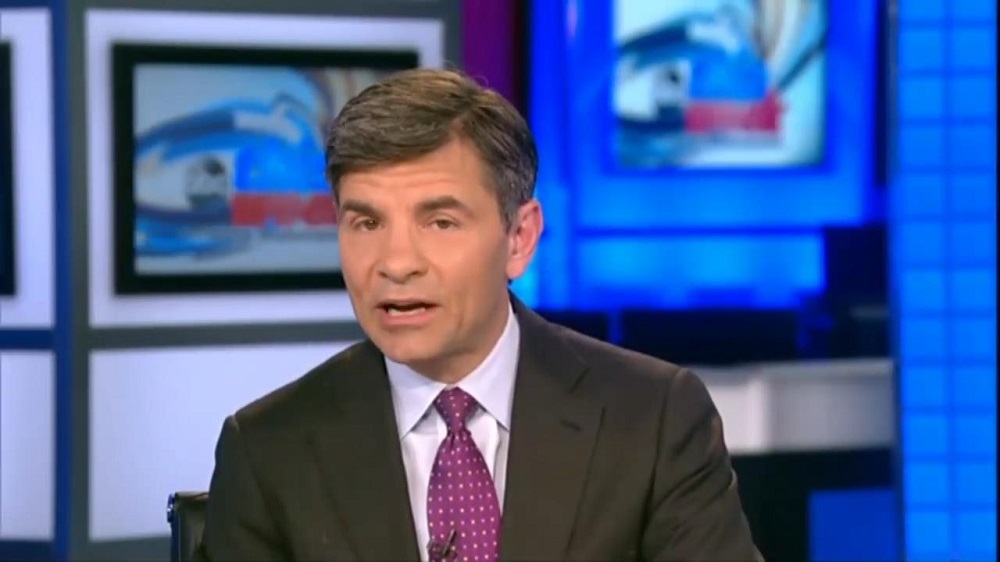 ABC's George Stephanopoulos acknowledged his tens of thousands of dollars of donations to the Clinton Foundation in a Thursday interview with Politico's Dylan Byers. Byers reported that "Stephanopoulos...said that, contrary to earlier reports, he has given a total of $75,000 to the Clinton Foundation." The Good Morning America anchor also announced that "he will not moderate the ABC News-sponsored Republican primary debate in February after failing to disclose those contributions."

Stephanopoulos admitted to Byers that "in retrospect, I probably shouldn't have, even though I did it for the best reasons." The Politico correspondent noted that $75,000 figure "represents charitable contributions of $25,000 in 2012, 2013 and 2014, respectively." Byers continued by detailing the ABC personality's announcement that he wouldn't moderate the upcoming GOP primate debate. However, the former Clinton administration official refused to "recuse himself from coverage of the 2016 presidential campaign:"

The "Good Morning America" co-anchor and host of "This Week" said that he would not moderate ABC's GOP debate, which is scheduled to take place in February in New Hampshire. Republican Sen. Rand Paul said Thursday that Stephanopoulos should be prohibited from moderating any debates during the 2016 presidential campaign.

"I won't moderate that debate," Stephanopoulos said. "I think I've shown that I can moderate debates fairly. That said, I know there have been questions made about moderating debates this year. I want to be sure I don't deprive viewers of a good debate."

But Stephanopoulos said that he would not recuse himself from coverage of the 2016 presidential campaign, despite urging from the office of Republican Sen. Mike Lee of Utah, which said Thursday that Sen. Lee would be advised not to go on "This Week" unless the host "recuses himself from all 2016 coverage."

The Politico writer later noted that "ABC News has issued a statement of support for Stephanopoulos and said it would take no punitive action against him."

It should be pointed out that in February 2009, MRC president Brent Bozell wrote a letter to then-ABC News president David Westin "calling on him to publicly address and resolve what appears to be a clear violation of journalistic ethics by...Stephanopoulos." At that time, Politico reported that ABC journalist "participated in daily phone strategy sessions" with then-White House Chief of Staff Rahm Emanuel."