With 2015 only a couple of weeks away, Ed Schultz just managed to sneak under the wire in the race for Most Inane Question of the Year by an MSNBC Host.  Speaking to Valerie Plame's husband Joe Wilson on the The Ed Show this evening, Schultz suggested: "Your wife was outed by the Vice-President and now he's saying he has no problem with torture. How do you feel about that? I mean isn't it torture what your family went through?"

Wilson wasn't wacky enough to bite on Ed's bait, but in other comments made clear that he would like to see Cheney prosecuted in international and/or domestic courts.

Note: Far from being tortured, the attention that Plame and Wilson received transformed them from minor figures into darlings of the left who have monetized their notoriety in multiple ways.  See, e.g., photo below from adoring Vanity Fair article.

ED SCHULTZ: Your wife Valerie Plame was outed by the Vice-President and now he is saying that he has no problem with torture. How do you feel about that? I mean isn't it torture what your family went through?

JOE WILSON: Well, I wouldn't characterize it as that.

SCHULTZ: Dick Cheney, the former Vice-President, clearly is playing on the emotions of the American people. Of course the country wanted restitution . Of course the country wanted revenge, And it seems like that's his best talking point right now, is how we were supposed to feel after we got hit on 9/11. As an ambassador, how do you think the rest of the world is viewing these comments from Cheney?

WILSON: Well I think his comments are actually useful in the event that anybody wants to mount a prosecution against him . . . Again, I think the more Mr. Cheney speaks the more he opens himself up to international prosecution if not domestic prosecution and I do believe that the President and the Justice Department ought to reopen investigations into everything that these people did. 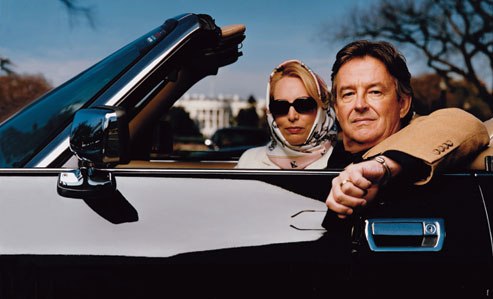