Stumbling into the new year, Univision once again displayed the blind spot it tends to have when it comes not only to conservatives, but also to major news related to the nation’s second most numerous segment of the U.S. Hispanic population: Puerto Ricans.

“All things Mexican” has long consistently been the dominant news topic on Univision’s national evening news, often to the detriment of coverage of other U.S. domestic news, including news directly related to other major components of the country’s Hispanic population.

In this case, in a story about the new Latino faces among the incoming freshman class in the United States Congress, Univision completely ignored the arrival of Puerto Rico’s first woman representative, Jenniffer González. 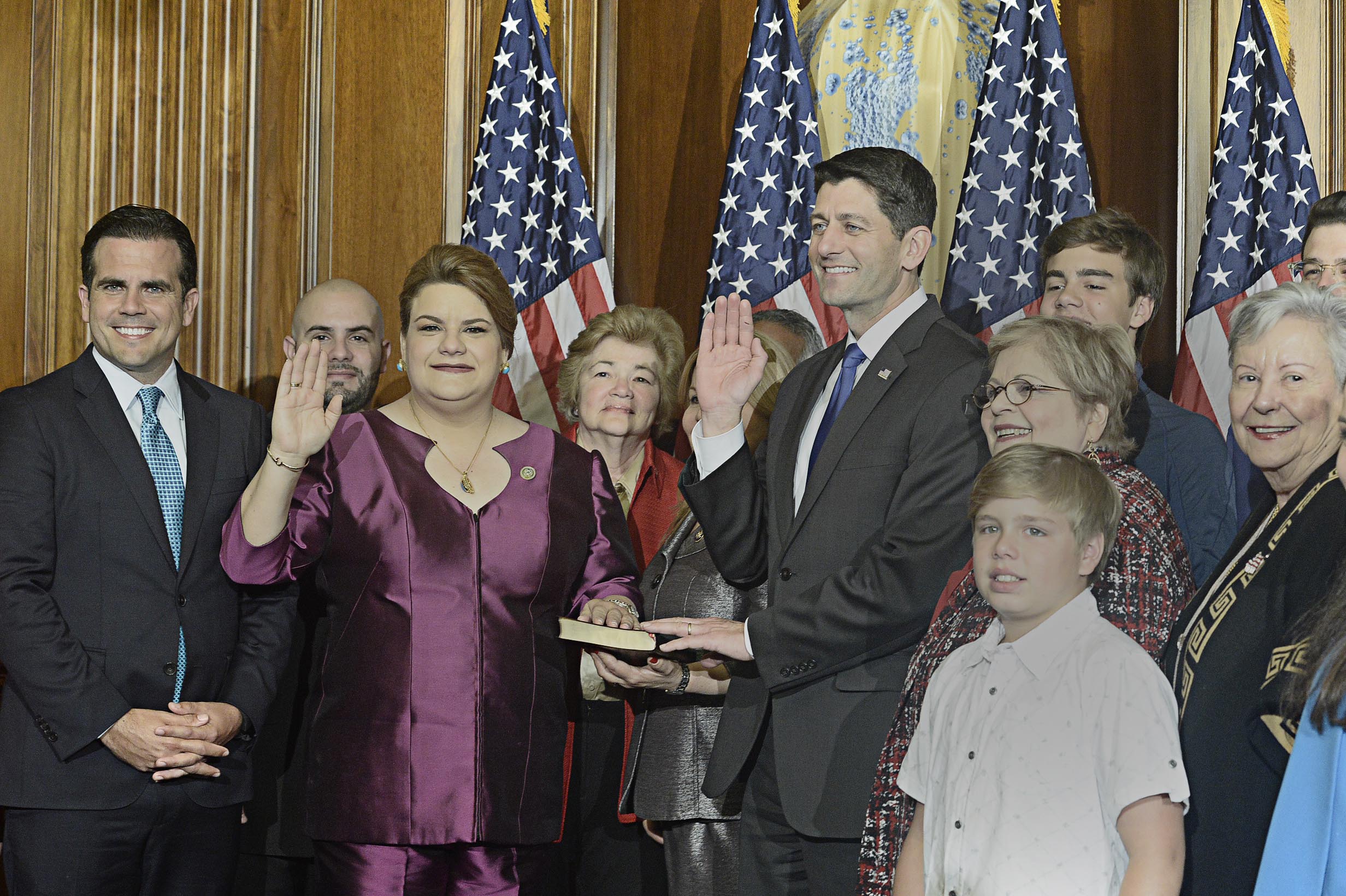 González is not only the top Republican vote-getter in the entire U.S. House of Representatives (in part because as Puerto Rico’s sole representative under territorial status, she represents, with limited voting rights, five times as many citizens as any of her colleagues). She also arrived with what the Associated Press and other major news outlets across the country considered big news, but apparently not to Univision.

Unlike any of her predecessors in over 115 years since the U.S. Caribbean island territory has been sending an elected representative to Congress, as her first official act after being sworn in the Republican lawmaker, popularly known as “JGo”, filed H.R. 51, the Puerto Rico Admission Act, which sets into motion the territory’s expected transition from territory to state of the United States by 2025.

One would think, given the historic nature of González’s congressional debut – and being the only Hispanic Republican woman in the House's Freshman class, to boot – that Univision would dedicate at least a sentence or two to the subject. But no, nada.

In her report, Univision correspondent Janet Rodríguez also played fast and loose with the “anti-immigrant” label routinely applied to President-elect Trump, failing to even preface the label with the word “alleged” in order to clearly attribute it.

Likewise, the day prior, Univision only devoted a scant 26 seconds to the inauguration of Puerto Rico’s new pro-statehood Governor, MIT-trained Dr. Ricardo Rosselló.

Below is the full transcript of the referenced report, which aired during the January 3, 2017 edition of Noticiero Univisión. 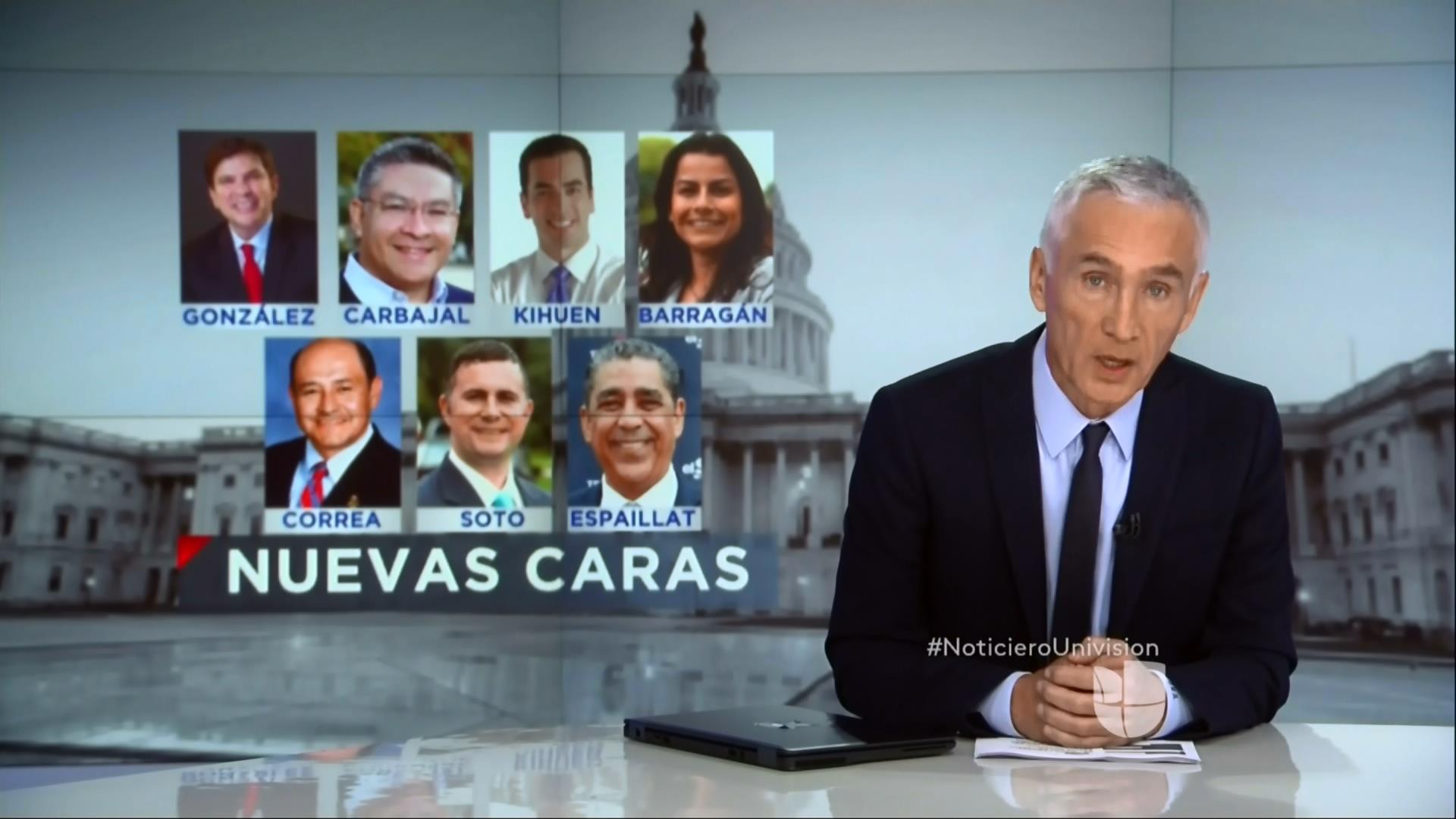 JORGE RAMOS, ANCHOR, UNIVISION: In both Houses of Congress, there exists greater Latino representation. For the first time in history, there is a Hispanic woman in the Senate, Catherine Cortez in representation of Nevada. A Dominican arrives to the federal Congress for the first time, and a Puerto Rican adds to Florida’s representation.  But there’s more, as Janet Rodríguez tells us from Washington.

JANET RODRIGUEZ, CORRESPONDENT, UNIVISION: Today, Adriano Espaillat became the first Dominican immigrant to serve in the United States Congress. The Democrat comes to Washington with great ambitions, but recognizes that he will face an arduous fight.

HON. ADRIANO ESPAILLAT (D-NY): Conditions are adverse, but this doesn’t mean that we can’t achieve positive things for our community.

JANET RODRIGUEZ, CORRESPONDENT, UNIVISION: He (Espaillat) states that he hopes to protect President Obama’s Deferred Action and healthcare plan. He also indicates that he will use his immigrant story in order to influence those who may disagree (with him) on the matter.

HON. ADRIANO ESPAILLAT (D-NY): My perspective is (that of one who came) from the bottom. From way down. From very deeply down. Perhaps my own narrative - my own story could inspire a colleague, and I have the same power that he does in Congress…one vote. And perhaps that could affect their perspective with regard to immigration.

JANET RODRIGUEZ, CORRESPONDENT, UNIVISION: Another six Latinos swore in as Members of Congress besides Espaillat, in representation of California, Florida, and Texas. There will be a total of 38 Hispanics in both chambers (of Congress), a record number. Democrat Vicente González represents McAllen, Texas, and like the President-elect, has never held a political position. The attorney by trade says that he will effusively oppose a border wall.

HON. VICENTE GONZALEZ (D-TX): I’d like to take the President to the border, so that he may know the Rio Grande and know how complex it is.

JANET RODRIGUEZ, CORRESPONDENT, UNIVISION: The first Latina senator Catherine Cortez-Masto, of Mexican descent, also promised today to find opposite-party allies on immigration reform. She states that her goal is to maintain family unification and to solve the matter once and for all.

The majority-Democrat group says that they will seek to give Latinos a voice, and wherever possible, counter the anti-immigrant rhetoric that the President-elect seeks to implement.

But they know well that they arrive to a partisan Congress, where achieving a voice and making their votes count will be a daily battle. In Washington, Janet Rodríguez, Univision.