The United States Senate finally held a vote on the Born-Alive Survivors Protection Act. The vote tally fell along mostly partisan lines and ultimately failed. Inexplicably, none of this was reported on any of the leading national Spanish-language newscasts.

Univision and Telemundo led, properly and predictably, with the latest events from Venezuela. Yet there was no mention whatsoever of an issue that is of concern to significant portions of the Hispanic community. This blackout of the Born-Alive Survivors Protection Act is consistent with other blackouts of problematic liberal policy items such as, for example, the Green New Deal.

The Hispanic community is entitled to know of the existence of a bill that recognized the personhood of infant survivors of abortion, and that would have compelled practitioners to provide proper care for these children. Likewise, the Hispanic community is entitled to know that Senator Ben Sasse (R-Nebraska) filed this bill in response to radical abortion bills enacted in New York and filed in Virginia, respectively.

The Hispanic community has a right to know that the vote went along party lines, with all but three Democrats voting against this bill. Notably, all six Democratic U.S. Senators who are 2020 presidenial candidates voted against this bill.

Unfortunately, this blackout of politically inconvenient news is not uncommon. In the past, we’ve noted the effort to suppress news of undercover videos that revealed a conspiracy to sell fetal body parts. There is also a consistent softening of language when it comes to this subject matter, as evidenced by this 2017 Univision report on a court ruling that barred Texas from cutting abortion funding from its Medicaid program:

FELIX DE BEDOUT, NEWS ANCHOR, UNIVISION: A federal judge determined that the State of Texas cannot cut funds to the Medicaid health program, that covers family planning expenses. With this, there have been at least six states where federal courts have decided to maintain assistance to women in their decision to plan. But there is uncertainty, because President Donald Trump has plans to cut funds, precisely for family planning.

The above report was an instance of bias by framing, which happens quite often in news media. However, this suppression of the Born-Alive vote is one of the more egregious instances of bias by omission in recent memory. Given the delicate subject matter, it's not a stretch to say that the Hispanic community was rendered a gross disservice by the networks that purport to serve it. 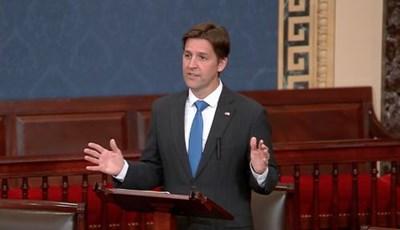