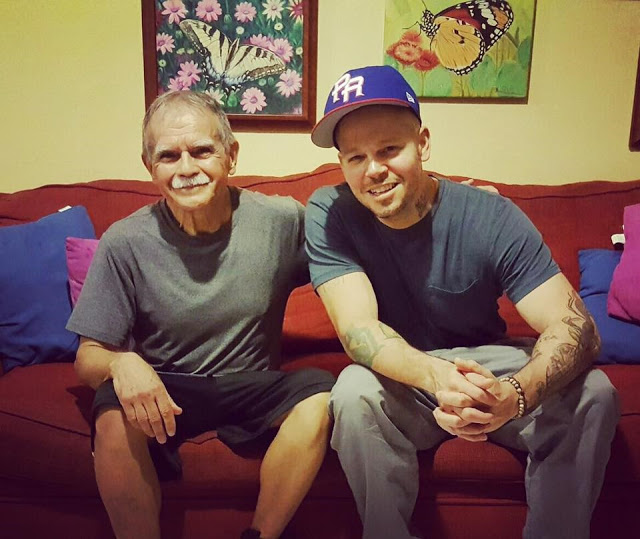 For some reason far-left magazine The Nation, as do other lefty outlets from time to time, saw fit to interview Univision recording artist Residente. The interview, an incoherent slew of hot takes, went as expected.

Right off the bat, I will note that the interview was translated so as to cast Residente in a more favorable (and coherent) light. When discussing what he might do if he were governor of Puerto rico with regard to the debt, the English-language transcript says:

So how can that be recovered? For starters, by not paying the debt. Not because of bad will, but rather because you have to take a detailed account of all the tangible and intangible costs.

So how can that be recovered? For starters, by not paying the debt. Not to be deadbeats, but because we have to write a well-crafted letter which discusses both tangibles and intangibles.

Residente's actual suggestion is to list all of Puerto Rico's "tangibles" and "intangibles" in a "well-crafted letter" and to wave the letter in creditors' faces in lieu of payment. Great idea, I'll try that with my mortgage lender next month.

The bigger issue with Residente's rants on the debt, though, is this conflation of private lending institutions and private bondholders (such as PR government retirees) with the U.S. government so as to be able to frame Puerto Rico's debt as owed to "the United States" and enable Residente's nationalist rantings.

When asked about convicted FALN terrorist Oscar López Rivera, Residente veers into independence for Puerto Rico, a dead-end cause that garners 3% of the vote on its best day. While he is right in that free marketeers can also support independence, that hasn't happened - and the fact is that the independence movement has long been hijacked by the radical left, and is led by individuals that regard López Rivera as a hero. There is no doubt that an independent Puerto Rico would immediately fall under the Cuban sphere of influence, and to suggest otherwise is pure sophistry.

Residente goes on to detail his bromance with Bernie Sanders, and Central America's claim to the United States.

Going forward, perhaps it would be best to seek political insights from people who DON'T idolize terrorists, and who DON'T stutter when asked whether Venezuela is a dictatorship.

MARIA SANTANA, CORRESPONDENT, CNN EN ESPANOL:  Do you believe Venezuela is now living in a dictatorship?