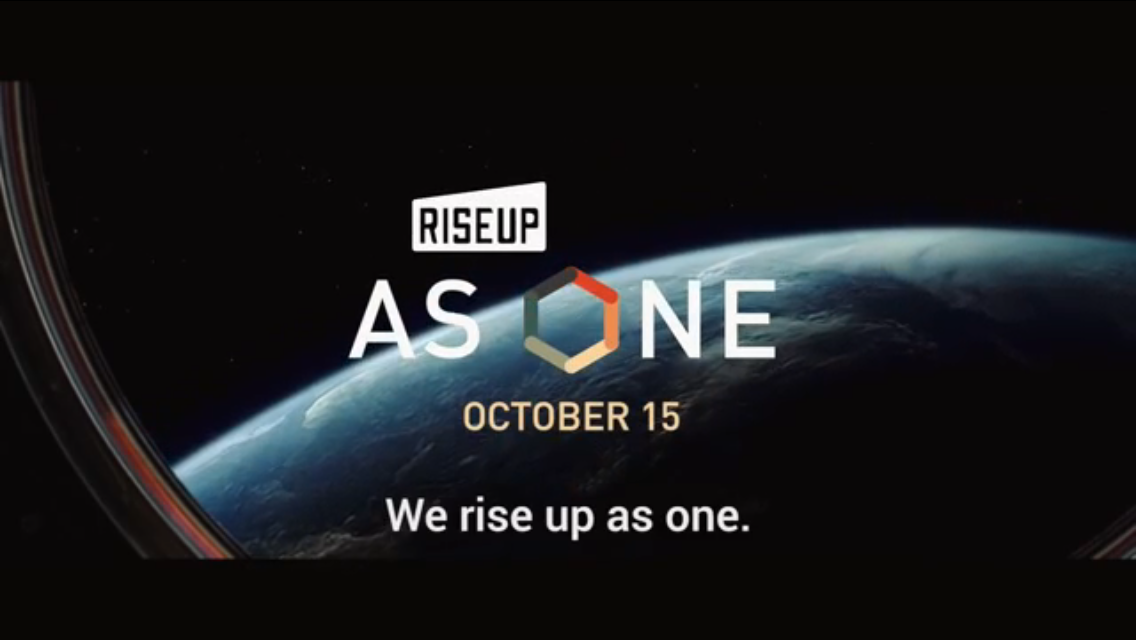 Univision and Fusion Media Group (FMG) have announced the creation of "Rise Up As One", a "celebration of music and unity" designed to help us "awaken to the power of a changing world". But from the way this event is billed and pushed, though, it has the look and feel of a GOTV event targeted at Univision and FMG's audience.

You'll recall that FMG is what emerged when Disney and Univision went their separate ways back in late April. This is how Univision's corporate press release heralded the move:

Univision Communications Inc. (UCI), the leading media company serving Hispanic America, today announced it will be forming the Fusion Media Group (FMG). FMG will serve as the multi-platform destination for the new, rising American mainstream, delivering content that embodies the audience’s shared values and passion points across all platforms.

It appears that this rising American mainstream (conservatives by definition excluded) will be stirred to collective positive action - Rising Up, if you will - via song, dance, and affirmations of commitment to diversity. Here is (I kid you not) Univision's description of "Rise Up As One- A Celebration Of Music & Unity".

RiseUp AS ONE is an event to celebrate who we are and the way we live. It is an awakening to the power of a changing world. Together, we embrace the connectedness that allows us to engage in relationships and share ideas with others across the globe. Now, more than ever, friendships between neighbors and a shared passion for justice and human rights have powerful global dimensions. With song and dance shared between cultures, we RiseUp AS ONE.

Does anybody seriously doubt that there will be a heavy political component to this "celebration" that is coincidentally scheduled just a little over three weeks before Election Day? At first blush, this all sounds like a lot of gauzy fun and song and dance...but alas, there will be politics. When in doubt, go to the press release:

RiseUp AS ONE will feature a day of thought leadership on issues related to unity and inclusion on Friday, October 14, followed by a free ticketed concert headlined by internationally acclaimed artists and musicians on Saturday, October 15. The concert will broadcast live coast to coast in Spanish on Univision Network and in English on FUSION from 7:00-10:00pm, ET (4:00-7:00pm, PT). UCI will cover and promote the event across its suite of platforms including its two broadcast networks, 11 cable channels, 126 local TV and radio stations and portfolio of digital assets.

The concert, which will be broadcast platformwide on the ratings graveyard that is Saturday night (an unthinkable proposition back when Don Francisco ruled that time slot with an iron fist, by the way), comes after Friday's all-day serving of "thought leadership on issues related to unity and inclusion". I am fairly certain that there will be further "thought leadership" between performances sprinkled throughout the event- which is not the first in Fusion's "Rise Up" series, and not just limited to Friday.

Given the editorial direction of Univision and its patchwork of digital properties over at FMG, there is little doubt as to what kind of political spin will be served up at this year's version of RiseUp, further reinforcing the notion of Univision as a left-wing political organization that happens to be in the media business.