At last night's GOP debate, Telemundo anchor María Celeste Arrarás was every bit as biased as we expected her to be. Far from taking pleasure in being right, we mourn yet another missed opportunity. 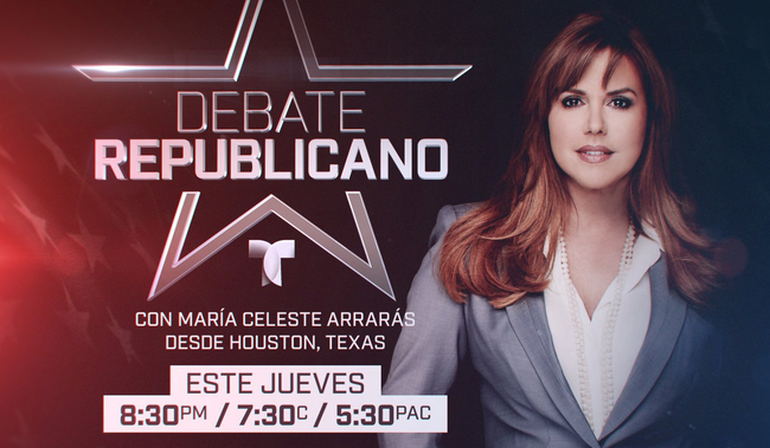 NewsBusters Managing Editor Ken Shepherd covered Arrarás' attempted indictment of Senators Ted Cruz and Marco Rubio for attempting to "appeal to the majority of Republicans" instead of directly pandering to the Hispanic community. Our own Curtis Houck further chronicled Arrarás' haranguing of Rubio over DACA, which was promptly rebuffed.

My concerns about Arrarás' moderating role in this debate were summed thusly:

If past is prologue, expect Arrarás' role to be limited to immigration questioner, which can only serve to reinforce the false notion of the Hispanic one-issue monolith. Passive acceptance of this role would actually be detrimental to the community that Arrarás is trying to serve. We can only hope her role is extended beyond that, biases notwithstanding (at worst, she will add to the diversity of bad questioners that have already participated in GOP debates).

Unfortunately, Arrarás confirmed those concerns when she told Politico's Hadas Gold that:

"Our audience is trying to figure out the two Hispanic candidates in the Republican party and trying to see how Hispanic they are not," Arrarás said. "Not that that's going to make them vote for them or not....but I think they're trying to understand these two candidates that at times speak very tough on immigration. They're trying to reconcile those two seemingly opposite views and postures, but they're being considered [by Hispanic voters]."

I get that immigration is critical to the continued survival of domestic Spanish-language media, but that's no valid reason to continue to shill the false premise of immigration being solely a "Latino issue". Education and job creation routinely top the lists of concerns within the Hispanic community, but these get shoved aside in the name of immigration.

It is even worse, still, to see journalists in Spanish-language media allow themselves to be relegated to the role of Immigration Questioner when these Republican debates roll into town. Given the respective performances of Becky Quick, John Harwood, Carl Quintanilla, John Dickerson, et.al, it's hard to think that Arrarás or any one else could have done any worse.

This is yet another example of how the Left (in this instance, through the media) contribute to the cultural and ethnic Balkanization of our country. In turn, it is a wasted opportunity to promote the virtues of assimilation and acculturation, and to bring the Hispanic community into the fullness of the promise of America. Instead, Hispanic media chooses to keep the community isolated in the name of ratings and political power. The Hispanic community, as is often the case, is who ends up paying the price. For shame.