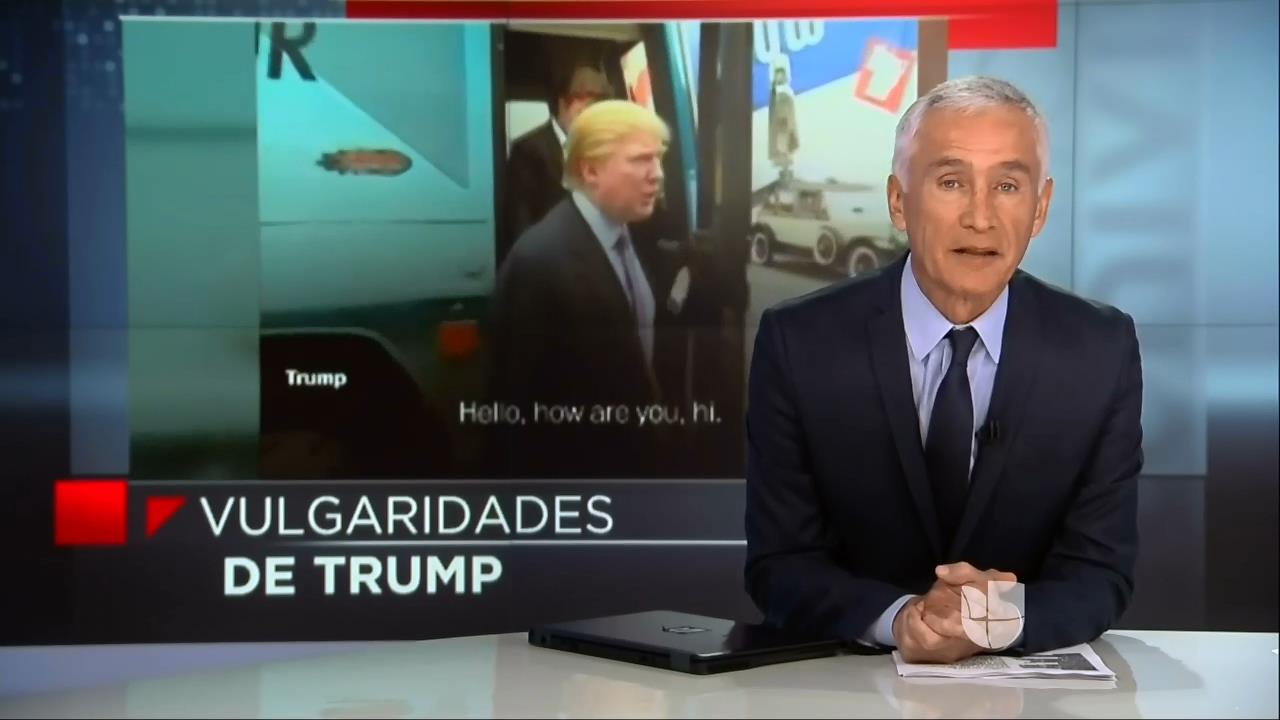 The pattern of news coverage following the same-day leak of both Donald Trump’s off-color, 2005 hot mic comments alongside compromising emails from within the Clinton campaign illustrates the staggering extent of the political bias that continues to dominate the morning and evening news programs on the nation’s top two Spanish-language television networks.

In the five days immediately following both negative developments for the two campaigns, for every minute of news coverage and analysis Univision and Telemundo dedicated to Clinton’s damaging e-mail revelations, they dedicated more than 17 minutes to the scandalous Trump tape.

In all, between the evening of October 7 and morning of October 12, the two titans of U.S. Spanish-language broadcasting dedicated over 53 minutes of coverage to the Trump video, compared with just over 3 minutes to the Clinton e-mail revelations, during the two networks’ leading evening news programs and morning shows.

Univision in particular dedicated almost 34 minutes to the scandalous Trump tape, but only 2 minutes and 19 seconds to Clinton’s damaging e-mail revelations, while Telemundo focused on the Trump video controversy for nearly 20 minutes, compared with less than a minute on Clinton’s email revelations.

Díaz-Balart displayed the kind of tough follow-up on a Clinton surrogate that has been entirely lacking during this general election campaign season on the part of his Univision rival, Jorge Ramos.

JOSÉ DÍAZ-BALART, ANCHOR, TELEMUNDO: Hillary Clinton said to millionaire bankers that hired her to give speeches, and yes, to a Hispanic group, among others, of Latin American bankers, where she said she wanted to see an economic system that’s American – meaning of all the Americas [North, Central and South America] and that there wouldn’t be any borders.
FEDERICO DE JESÚS, DEMOCRAT ANALYST: Yes, what she said, according to what was leaked, was that she has the dream of a common market for the hemisphere where, well, there wouldn’t be any barriers to commerce, nor borders, we already see how in the European Union there’s a common market, a common currency, and also they don’t have the barriers that other countries have. That’s something that, well, she probably said in a casual way, a proposal that Republicans like George W. Bush, who in one moment proposed a free trade treaty…
JOSÉ DÍAZ-BALART, ANCHOR, TELEMUNDO: Yes, but Federico, Federico…
FEDERICO DE JESÚS, DEMOCRAT ANALYST: …for the hemisphere, which can be debated…
JOSÉ DÍAZ-BALART, ANCHOR, TELEMUNDO: …this wasn’t during something casual. This was during a paid speech, very well paid…
FEDERICO DE JESÚS, DEMOCRAT ANALYST: Yes…
JOSÉ DÍAZ-BALART, ANCHOR, TELEMUNDO: …with Latin American bankers, and that information, which the Hillary Clinton campaign has refused to release, if this hadn’t gotten leaked, it wouldn’t be known, Federico.

The leak of the Trump video and any related negative developments to the Trump campaign certainly merit coverage. But if their editorial decisions are to be guided by professional journalistic standards and not partisan political agendas, both Univision and Telemundo clearly need to step it up considerably, by giving the series of disturbing Clinton campaign email leaks the full measure of attention they deserve.