The View From His Helicopter: Matt Lauer's Worst Moments of Wealth Hypocrisy 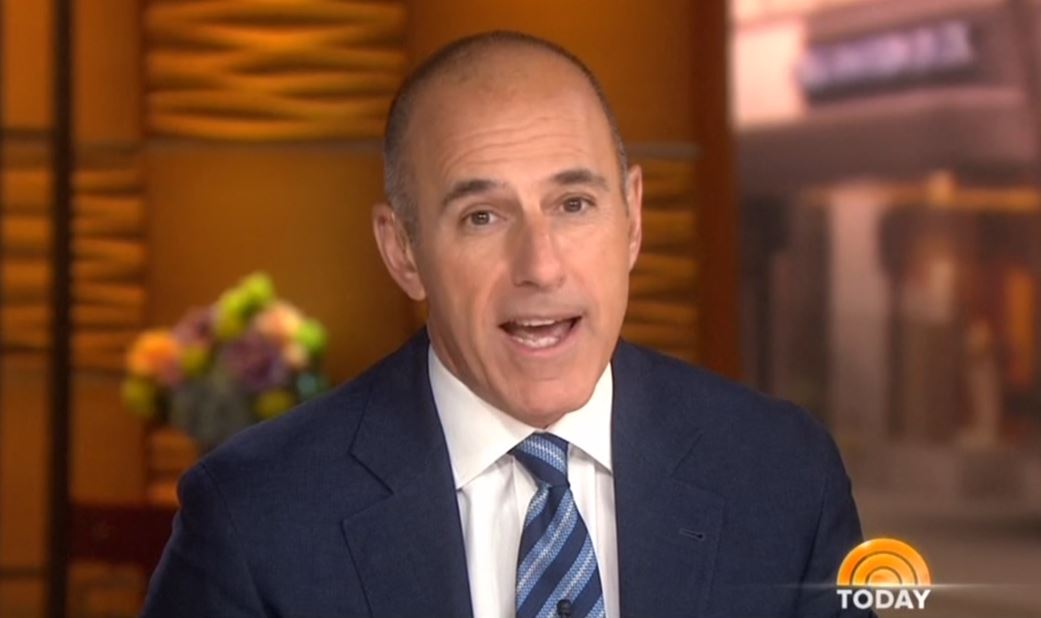 On Wednesday, the New York Post reported that in addition to Matt Lauer's $20 million annual salary, NBC News recently agreed to start flying the Today co-host back and forth from work to his lavish estate in the Hamptons. Such details of Lauer's one percent lifestyle stand in stark contrast to the common-man image he projects on the morning show.

In fact, Lauer has frequently used his media pulpit to preach liberal talking points on class warfare and income redistribution. Here is a sampling of his worst moments of wealth hypocrisy at the anchor desk:

'Rich Are Getting Richer,' Shouldn't 'Burden Be Equally Shared?'

"In a new report from the Congressional Budget Office this week, confirmed the rich are getting richer. Between 2005 and 2007 the top 1/5 of earners in America earned more money than the bottom 4/5. So what responsibility does President Obama have in terms of dealing with income distribution in this country?"
– Matt Lauer to former White House Press Secretary Robert Gibbs on Today, October 27, 2011. [Read the original article]

"...if you do raise taxes – for example, the President's expected to call for raising taxes on the wealthiest Americans – some estimates say that could raise some $700 billion, why couldn't that money be used to pay down the debt?...like Congressman Ryan is suggesting, Medicare needs to be revamped – and let's face it, most people agree that's a major issue and it's got to be seriously looked at – but that's something that affects the elderly and the poor. And if that's on the table, then why shouldn't the burden be equally shared? Why shouldn't we put some of that burden on the wealthy and corporations?"
– Lauer to Congresswoman Michelle Bachmann on Today, April, 13, 2011. [Read the original article]

Fretting Over 'Money in Politics': Couldn't It Be Used to 'Fight AIDS?'

Lauer: "Do you ever think about how much money is in politics, in political contributions, in lobbying? And wouldn't it be a great idea if we took even half of that money that's spent by corporations and special interests trying to influence politics and dedicated it to changing the world for the better?...What about a lobbying tax? If you're gonna spend a certain amount of money lobbying for a special interest cause, you have to match that amount of money by giving it to help education or to fight AIDS?"
Bill Clinton: "Well, that's not a bad idea."
– Today, September 5, 2007.

"This Wall Street Journal Report says that the Wall Street firms are going to pay out about $140 billion in bonuses this year. The year before the economic meltdown, 2007, they paid out about $130 billion. So it's gone up. How's this news going to go over with people like the one's in your home state, Michigan, that just found out unemployment's at 15.3% in that state?"
– Lauer to left-wing activist Michael Moore on Today, October, 15, 2009. [Read the original article]

...Then Scolding Moore for Wealth Hypocrisy

"Let's start, though, with a career – a guy who built a career on a blue-collar down-to-earth image. But a potentially messy divorce just finalized is painting a somewhat different picture of filmmaker and liberal activist Michael Moore."
– Lauer introducing a report on divorce documents showing Moore and his ex-wife owned a 10,000-square-foot mansion in Michigan as well as several properties in New York, Today, July 23, 2014. [Read the original article]

"As we come to the fiscal cliff in the next month or so, and one of the sticking points, tax rates for the wealthy, you favor a minimum tax rate for the wealthy of 30% for taxable income between $1 and $10 million, 35% for income over that. Do you see the political will in Washington right now to accomplish that and come up with a compromise?...One of the ideas being pushed out there by the Right is that if you raise taxes on the wealthy it will have a chilling effect on hiring and investment in this country....Why do you think Republicans are clinging so tightly to that idea?"
– Lauer to billionaire Warren Buffett on Today, November 27, 2012. [Read the original article]