Back in 2013 and 2014, MSNBC did their darndest to promote and, well, elect Wendy Davis. That didn't go over well, but the abortion-rights enthusiast has set about on a new project. So naturally MSNBC.com's own Irin Carmon -- a former "Champion for Choice" laureate of the New York Abortion Access Fund -- caught up with the former Texas state senator and published an exclusive at MSNBC.com today headlined "Wendy Davis to start new women's organization."

Here's the story excerpted in full, where it seems pretty clear Carmon is all but cheering on a return to electoral politics for Davis, who, despite all the hype, actually LOST the women's vote (emphasis mine):

Former Texas gubernatorial candidate Wendy Davis, who became a national star after she filibustered Texas’ omnibus abortion bill in 2013, is starting a new women’s organization based in Texas, msnbc has learned. 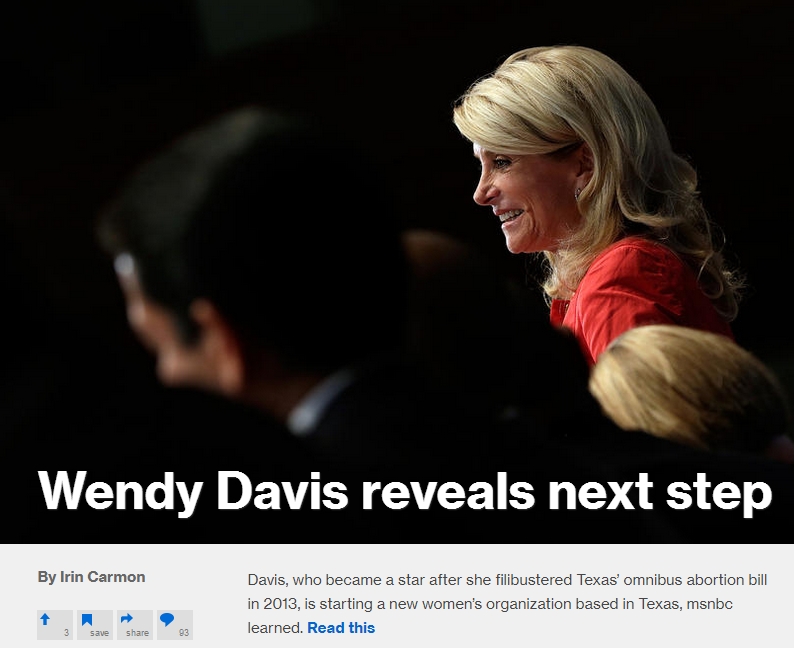 “I’m in the process of starting a new women’s initiative that I hope will help create some movement building around the country, particularly with young women,” Davis told msnbc after a speech at the American Constitution Society’s annual convention on Friday.

The former state senator has kept a relatively low profile since her loss by a wide margin to now-Gov. Greg Abbott, but this week she has resurfaced in progressive circles, including with a speech at a summit hosted by the Center for Reproductive Rights Thursday.

Will Davis ever run for office again? “I don’t know,” she replied. ”What I know is that I have a passion for the issues that I care about and, as long as I’m working on them, I’ll be happy.”

Davis’ Friday speech was delivered to the gathering of progressive lawyers focused on voting rights as well as reproductive rights.

Railing against abortion-clinic regulation and voter ID requirements may be catnip for MSNBC's tiny audience, but its track record of electoral success is lacking. So, seriously, MSNBC... 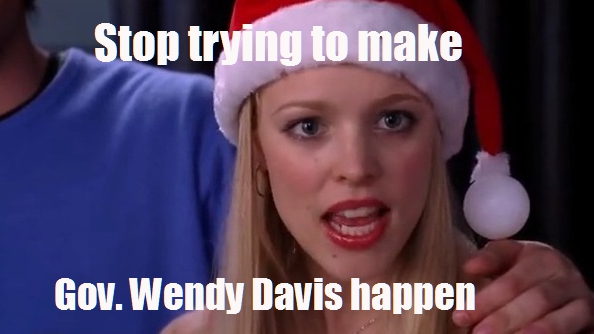