Was there some kind of rarely-seen alignment of planets, stars and other cosmic entities coinciding with this commentary on NPR?

Conservatives listening to Fresh Air, one of the taxpayer-funded network's most popular shows, must have been startled to hear a University of California-Berkeley professor on May 14 cite a largely ignored culprit in the creation of segregated urban ghettos that erupted in frequent violence during the '60s -- and as shown by riots in Ferguson, Mo., and Baltimore over the last year, are at risk of going up in flames again. 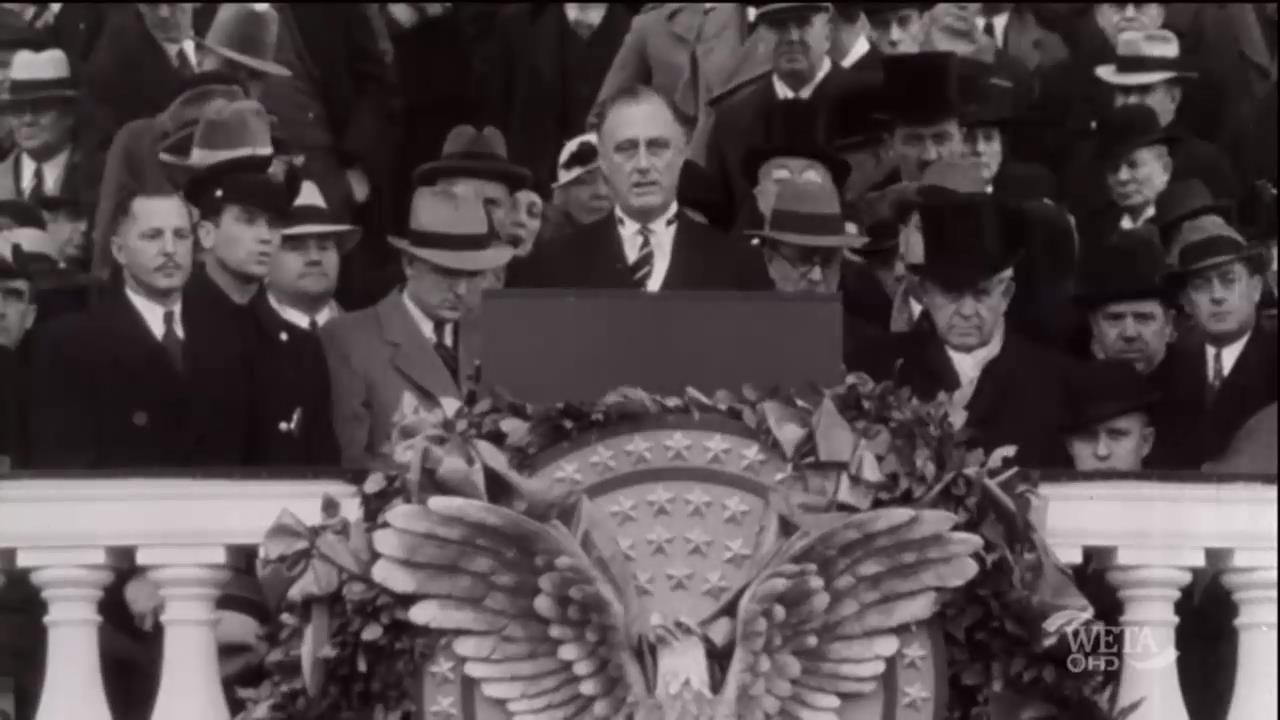 Liberals don't get more iconic than Franklin Delano Roosevelt, architect of the New Deal, only president to serve more than two terms, a leader who saved the nation from the Great Depression and the world from fascism, or so we've been told ever since.

Roosevelt's legacy is decidedly problematic when it comes to New Deal policies that are rarely mentioned any more, but their significance in today's racial tensions and worsening cycle of chaos is undeniable. Here's how they were described by Richard Rothstein, a senior fellow at the Chief Justice Earl Warren Institute on Law and Social Policy at U-C Berkeley, during an interview with Fresh Air host Terry Gross (audio) --

GROSS: I think the American public, including the people trapped in poverty in inner cities, don't understand how literally ghettos were legislated into existence. Do you consider it part of your mission now to explain that, to put some of the anger that's happening, that we're seeing now, in context?

ROTHSTEIN: Yes. We've forgotten all this history. It's not that we never knew it, but we've forgotten it. We have a myth today that the ghettos in metropolitan areas around the country are what the Supreme Court calls de facto, just the accident of the fact that people have not enough income to move into middle-class neighborhoods or because real estate agents steered black and white families to different neighborhoods or because there was white flight.

But the truth is that while those things existed, the major reason we have ghettos in every metropolitan area in this country is because federal, state and local governments purposely created racial boundaries in these cities. It was not the unintended effect of benign policies. It was an explicit, racially purposeful policy that was pursued at all levels of government, and that's the reason we have these ghettos today and we are reaping the fruits of those policies.

The second policy, which was probably even more effective in segregating metropolitan areas, was the Federal Housing Administration, which financed mass-production builders of subdivisions starting in the '30s and then going on to the '40s and '50s in which those mass-production builders, places like Levittown, for example, in Nassau County in New York, and in every metropolitan area in the country, the Federal Housing Administration gave builders like (William) Levitt, concessionary loans through banks, as they guaranteed loans at lower interest rates for banks that the developers could use to build these subdivisions, on condition that no homes in those subdivisions be sold to African-Americans.

The Federal Housing Administration even provided model language attached to the deeds that builders could use to ensure that no purchaser could resell to an African-American. So while there was an initial civilian housing shortage in the '30s, '40s and early '50s, which meant that public housing was built as a segregated policy both for whites and for blacks in separate projects, in separate buildings, as that period developed the subdivisions and the suburbs were built for white families, they were lured away from the public housing. Public housing became all-black in the inner city. And these two policies -- of public housing and Federal Housing Administration subsidization of suburbs -- are the two major factors that have created the segregation that we know today.

History that's been forgotten -- or that doesn't get taught by left wingers who control the unions in public schools? A liberal in front of a classroom has a vested interest in making sure this history remains ignored -- it perpetuates the myth that Republicans are solely to blame for racism in this country.

It was a Republican, George Romney, Mitt Romney's late father when he was a Cabinet secretary during the Nixon presidency, who tried in vain to dismantle these policies, Rothstein explained (audio) --

GROSS: I suppose one should never be surprised by the extent of racism in America, but it's still shocking that that would be legal in the North where there wasn't legal segregation.

ROTHSTEIN: But there was -- this was not legal, it was unconstitutional. But this was the policy the federal government followed. As I said it was once well known. You know, in 1970, George Romney, who was the Secretary of Housing and Urban Development under Nixon, the father of the recent presidential candidate, announced that the federal government had created a white noose around African-American neighborhoods, Negro neighborhoods he called them, in the central cities and it was the federal government's obligation now to untie that noose. And Romney implemented a series of policies designed to integrate the suburbs, to reverse the policies that had been pursued in the previous 20 years.

He proposed to withhold federal funds for all kinds of things, sewer projects or water projects or parklands, from any suburban community that didn't desegregate, by repealing ordinances that prohibited the construction of multi-family units or that didn't take their fair share of public housing throughout the metropolitan area or that didn't accept subsidized housing. And he actually, Romney actually did withhold federal funds from three suburbs as his first round of this policy. He called it Open Communities and there was such a(n) uproar in the country about it that President Nixon reined him in. Romney was forced to cancel the Open Communities program. He was eventually forced out as Secretary of Housing and Urban Development and we've had nothing since from the federal government that was anywhere near as aggressive in trying to reverse the policies that the federal government had pursued to create segregation.

GROSS: After World War II with the GI Bill, veterans returning home had the option of buying, like, relatively cheap and affordable housing which led to a lot of working-class and middle-class home ownership that as you pointed out earlier led to a lot of equity and became the basis of a lot of upward mobility for working-class and upper-class people and African-American families were denied that option. What was it in the GI Bill that prevented black people from having that kind of access?

It also functioned that way in job training and in job bills. Initially the job training programs and the unemployment programs after World War II were run by state governments. They were federalized and then turned back to the states. State employment agencies listed jobs from employers that requested only white workers and if an employer didn't specify, the state employment agencies would go out and solicit a racial qualification for the jobs that were being listed. So African-Americans were not only prevented from participating in the housing boom that took place after World War II, by government policy, but they were denied equal employment rights and that was another reason why their incomes came to be so much lower. They were excluded from most of the jobs that built the middle class in the 1940s and '50s.

We talked about suburbanization -- it wasn't just a housing program, it was an employment program. All of the construction jobs that built the suburbs in this country were closed to African-Americans because the construction unions prohibited African-Americans from being members. Now this was not a private act on the part of the construction unions. Every one of these unions was certified as the exclusive collective bargaining agent for the workers in their trades by the National Labor Relations Board. The National Labor Relations Board did not stop certifying segregated unions, or racially exclusive unions, it's not even that they were segregated, there were no blacks at all, didn't stop certifying those unions until 1964.

All of which means you shouldn't hold your breath waiting for Rothstein to speak with union shill Ed Schultz on MSNBC's The Ed Show. Kudos to the reliably liberal Terry Gross for inviting him on Fresh Air.

Earlier in the program, Rothstein said that many houses in Levittown-type suburbs outside New York City, St. Louis, Baltimore and other metro areas cost roughly $7,000 to $9,000 in the early post-war era, about $125,000 in today's dollars. In the decades that followed, many of the houses appreciated in value several times over, beyond the half-million dollar range, financing affluence for the white families who bought them.

While the average median income for a black family is currently 60 percent of that earned by a white family, the black family owns roughly one-twentieth as much wealth -- "and that difference between 60 percent of income and 5 percent of wealth is entirely attributable to federal housing policy," Rothstein said. The Fair Housing Act of 1968, designed to end residential segregation, brought negligible change because many blacks could not afford houses they could now legally purchase.