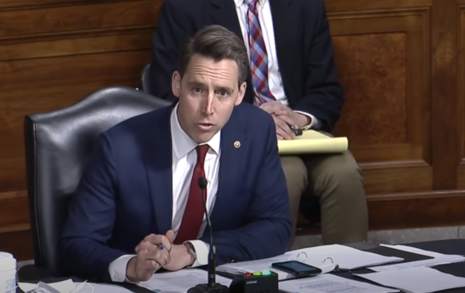 It appears as though one senator is fed up with Big Tech’s power, and has introduced two antitrust bills in the last week to take these massive corporations down.

The bill would only apply to major companies that are “in the business of offering an online platform to connect third parties to an online marketplace, exchange, or search engine,” according to the Bill. Big Tech companies, like Amazon and Google, “may not sell, advertise, or otherwise promote goods and services” owned by that company on its platform. For example, “Amazon should not be able to own Amazon Marketplace and sell their own Amazon products on their marketplace against other competitors,” said Hawley in his press release.

The bill also stated that companies “may not acquire or hold a controlling interest in any entity that provides online hosting or back-end online services not owned by the covered company.” Amazon, for example, could not hold both its online marketplace and its cloud computing services.

Hawley’s bill could also make antitrust enforcement easier. It would allow the Federal Trade Commission to “design and supervise annual audits” for companies covered under the bill. It would also allow states to bring civil action against companies that may have violated the provisions of the bill.

Hawley also bashed the government for allowing Big Tech to grow almost unhindered for years. “Woke Big Tech companies like Google and Amazon have been coddled by Washington politicians for years. This treatment has allowed them to amass colossal amounts of power that they use to censor political opinions they don’t agree with and shut out competitors who offer consumers an alternative to the status quo,” he said in his press release.

Hawley has been on an antitrust kick over the past week. He introduced the “Trust-Busting for the Twenty-First Century Act” on April 12, which would reform the Sherman Antitrust Act. Hawley also cosponsored the ‘‘Competition in Professional Baseball Act” on April 14, which took on “the antitrust exemption that has been in place for Major League Baseball,” according to a press release.