‘You Think You’re Above the Law’; GOP, Dems CLASH Over Online Censorship 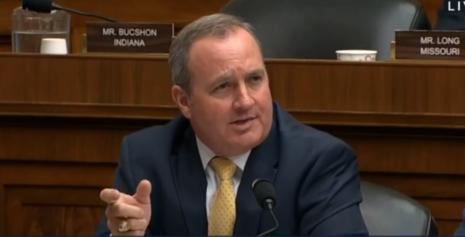 In the latest dumpster fire of a congressional hearing, House Republicans and Democrats disagreed on whether Big Tech should increase censorship online or let internet users speak freely.

House GOP members bashed Big Tech for acting “like the judge and jury” of censorship, while Democratic members whined about “disinformation and extremist content.”

One House Republican was itching for a chance to question the Big Tech executives about their censorship of conservative voices online. Rep. Jeff Duncan (R-SC) railed against Twitter’s censorship practices. “You were able to take down the account of a sitting United States president while he was still president,” he said.

House Democrats, meanwhile, encouraged greater censorship over the course of the hearing. The hearing memorandum tipped off the direction the left would take the hearing, heavily emphasizing “disinformation and extremist content” on Facebook, Google and Twitter.

The leftist rampage against so-called “misinformation” began almost immediately. “Disinformation and extremism has been growing online, particularly on social media, where there are little to no guardrails in place to stop it,” complained Committee Chairman Frank Pallone, Jr. (D-NJ) in a prepared statement for the hearing.

“The witnesses here today have demonstrated time and again that promises to self-regulate don’t work. They must be held accountable for allowing disinformation and misinformation to

spread across their platforms, infect our public discourse, and threaten our democracy,” said Rep. Janice Schakowsky (D-IL),Chairwoman of the Consumer Protection and Commerce Subcommittee.

It appears as though at least some House Republicans were concerned about online censorship, and rightfully so. YouTube allegedly censored the channel of famed medical doctor, Dr. Drew Pinsky. Twitter slapped a warning label on a Valentine’s Day meme from Indiana’s attorney general. YouTube, Twitter, Facebook, Snapchat, Reddit, TikTok and even Shopify all banned former President Donald Trump following the Jan. 6 riot at the U.S. Capitol building.