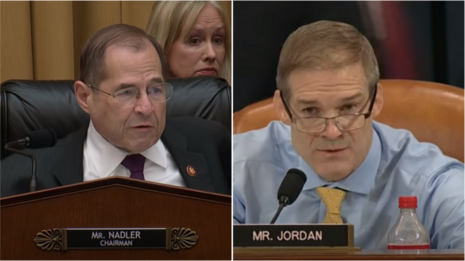 The House Subcommittee on Antitrust, Commercial, and Administrative Law held a hearing today on the power wielded by Big Tech. Although the hearing primarily focused on the potential anticompetitive behavior of Big Tech companies, House Republicans took the time to rail against Big Tech censorship as well.

The hearing, titled “Reviving Competition, Part 1: Proposals to Address Gatekeeper Power and Lower Barriers to Entry Online,” was only the first in a series of several hearings that the subcommittee has planned to take on Big Tech.

The series of hearings “will address the Judiciary Committee’s competition agenda in the 117th Congress following its 16-month, bipartisan investigation into the state of competition online, which examined (1) competition problems in digital markets; (2) whether dominant firms had engaged in anticompetitive conduct online; and (3) the adequacy of current laws and enforcement levels to address these issues,” the hearing advisory stated.

Members of the subcommittee wasted no time bashing Big Tech. “Whether their conduct is directed at potential competitors or at politicians and citizens they don’t agree with, these companies are able to act with complete impunity, because of their status as monopolies. The status quo is not working, and we must act,” said Rep. Ken Buck (R-CO), the ranking member of the subcommittee.

“The lack of competition online and across our entire economy demonstrate an urgent need for action,” said Judiciary Committee Chairman Jerry Nadler (D-NY)

Rep. Jim Jordan (R-OH) railed against Big Tech censorship of conservatives. He specifically called out the fact that the Iran Ayatollah’s tweets “get to stay on, on the platforms, even when he’s talking about striking a blow against America, but they deplatform, get rid of, ban the former president of the United States. I think that’s discrimination.” The censorship issue has affected Jordan in particular. Facebook’s fact-checkers slapped a warning label on an article he posted in December of 2020. The fact-checker marked the article “Partly False Information” for the apparent sin of calling the results of the 2020 election into question.

Other government entities have also taken action against Big Tech’s anticompetitive behavior. The Department of Justice has filed an antitrust lawsuit against Google, as have two separate state coalitions. The Federal Trade Commission, along with a coalition of 48 states and territories, have both filed separate antitrust lawsuits against Facebook specifically.

Conservatives are under attack. Contact your representatives and demand that Big Tech and media providers be held to account to mirror the First Amendment while providing transparency, clarity on “hate speech” and equal footing for conservatives. If you have been censored, contact us at the Media Research Center contact form, and help us hold Big Tech accountable.