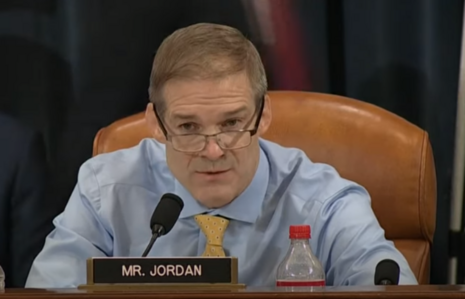 Although the presidential election was more than a month ago now, Facebook is continuing to crack down on what it has decided is misinformation about the election.

A Facebook fact-checker marked an article that Congressman Jim Jordan (R-OH) posted on December 4 as “Partly False Information” for the apparent sin of calling the results of the 2020 election into question.

The article from The Spectator listed nine different reasons why the presidential election was “deeply puzzling” and cited issues such as “non-resident voters” in Georgia and “the failure to match signatures on mail-in ballots.” Jordan posted the article to Facebook with the caption: “It doesn’t make sense. This is why we need an investigation into the integrity of the election.”

Lead Stories, one of Facebook’s fact-checkers, took issue with The Spectator’s article. In a Dec. 2 fact-check, Lead Stories decided that “[t]he list relies on falsehoods and unproven theories.”

By clicking on “See Why,” users are directed to a pop-up with a link with information about how Facebook works with its so-called “independent fact-checkers.” Facebook specifically stated on fact-checker page that “If a fact-checker rates a story as false, it will appear lower in News Feed. This significantly reduces the number of people who see it.”

“We know Big Tech’s out to get conservatives. Now they’re actively threatening to reduce news traffic that we provide to our constituents,” Jordan told The Sarah Carter Show’s blog on Thursday.

This is just the latest example of Facebook picking and choosing who is allowed to have a voice on the platform, and who is not. Facebook’s Vice President of Integrity, Guy Rosen, bragged about how Facebook removed 180 million election posts in a Nov. 19 call with reporters. During this election cycle, Facebook also constantly added new rules for election posts, and censored hashtags like #sharpiegate and #stopthesteal.