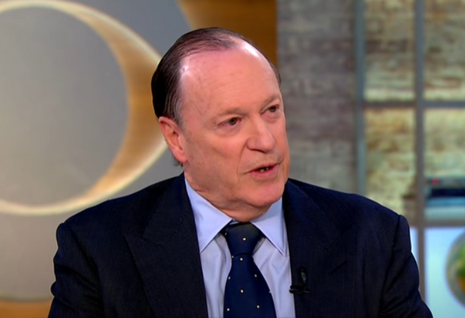 Internet traffic cop NewsGuard outed itself as a pathetic joke by giving perfect grades to outlets that tried to quash the Hunter Biden laptop story.

Left-wing news organizations Politico, The Washington Post, Axios and USA Today all maligned the Biden bombshell by the New York Post as possibly part of a 2020 “disinformation” campaign.

The story cited emails from Hunter Biden's laptop that documented his family's alleged corrupt dealings in Ukraine. The New York Times finally authenticated the emails the liberal media tried to dismiss for months, but also tied the documents to an ongoing federal investigation.

Despite this, NewsGuard rated the outlets with perfect 100/100 scores for “credibility.”

NewsGuard CEO Steven Brill recently peddled the same false information on CNBC in 2020. He said the Hunter Biden laptop story could be a Russian “hoax,” while dubiously propping up his own company as an internet hall monitor.

NewsGuard’s propaganda labels for Politico, The Washington Post, Axios, and USA Today all read as follows: “This website adheres to all nine of NewsGuard's standards of credibility and transparency.” What a joke. A 2020 MRC study found that 45 percent of President Joe Biden’s voters weren’t fully aware of the Post story because the media largely buried it. “Full awareness” would have led 9.4 percent of Biden voters to abandon him, flipping all six of the swing states he won to former President Donald Trump.

Axios had the worst take on Hunter’s emails: “The Post story rings all the foreign-disinformation alarms in the book.” It continued, slamming the New York Post’s basic objectivity: “But it's also the product of a long-established, though also heavily partisan, media outlet, and the swift action against it will rankle a lot of journalists.”

While there has been no immediate indication of Russian involvement in the release of emails the Post obtained, its general thrust mirrors a narrative that U.S. intelligence agencies have described as part of an active Russian disinformation effort aimed at denigrating Biden’s candidacy, [emphasis added].

Both Axios and Politico currently enjoy 100/100 scores from NewsGuard. But that’s not all. The Washington Post’s phony fact-checker Glenn Kessler floated “that the [Hunter] emails could be part of a broader disinformation campaign.” His newspaper got a perfect rating via NewsGuard’s heavily skewed ratings system.

Fellow NewsGuard-approved partner in pravda USA Today was no better. Its story ripped the Post as a “tabloid”: “A tabloid got a trove of data on Hunter Biden from Rudy Giuliani. Now, the FBI is probing a possible disinformation campaign.” USA Today cited an anonymous source to run the Russian “disinformation” angle:

[F]ederal authorities are investigating whether the material supplied to the Post by Rudy Giuliani, President Donald Trump's personal lawyer, is part of a smoke bomb of disinformation pushed by Russia.

Axios, Politico, Washington Post, and USA Today didn’t post any updates to their stories following The Times revelation about the authenticity of Hunter’s laptop.