A new Facebook report proved the @FacebooksTop10 daily list of 10 most-engaged link posts each day is wildly misleading, given that posts with the most views got far more engagement than posts on the list.

Facebook’s recent Q2 2021 “Widely Viewed Content Report” appeared to rile New York Times technology columnist Kevin Roose, who made a name for himself compiling the “@FacebooksTop10,” where he “posted a daily leaderboard showing the sources of the most-engaged link posts by U.S. pages, based on CrowdTangle data.” A similar report for Q1 was not made available until after the Q2 report was published. 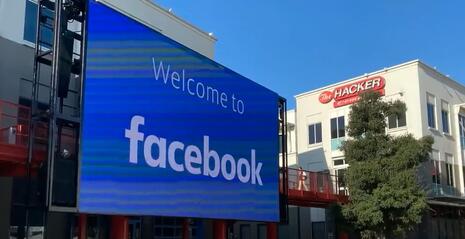 Facebook’s new report was a direct effort to counteract reports that it does not do enough to censor so-called misinformation and disinformation from the right. The report raised some questions about the usefulness, or rather uselessness, of Roose’s Twitter project. Roose threw a fit on Twitter over the report, but his complaints lacked credibility.

He started his rant by arguing against Facebook’s claim that reach is “a better measure of popularity than engagement.” To make his point, he compared Facebook to Spotify, explaining that popularity rests on how many times people streamed songs rather than appearances in playlists or search results.

His comparison was entirely inappropriate. News article headlines and summaries that appear in a Facebook News Feed often provide as much information as users want from a post without requiring engagement, while a song must be played.

Roose’s most questionable claim was that the report “doesn’t actually have apples-to-apples reach data for what @FacebooksTop10 actually measures, which is the engagement on *link posts*.” He’s right, but this points more to a problem with his data than Facebook’s.

A month ago, Roose wrote a story highlighting “that right-wing commentators like Ben Shapiro and Dan Bongino were getting much more engagement on their Facebook pages than mainstream news outlets.” The article underscored how much Facebook executives didn’t want to be associated with conservative content. Nick Clegg, Facebook’s vice president of global affairs, criticized the Crowdtangle data saying, “our own tools are helping journos to consolidate the wrong narrative.”

Conservatives are under attack. Contact Facebook headquarters at 1-650-308-7300 and demand that Big Tech be held to account to mirror the First Amendment. If you have been censored, contact us at the Media Research Center contact form, and help us hold Big Tech accountable.