Twitter permanently suspended an anti-critical race theory organization, then reinstated the account after MRC Free Speech America asked the platform for an explanation. 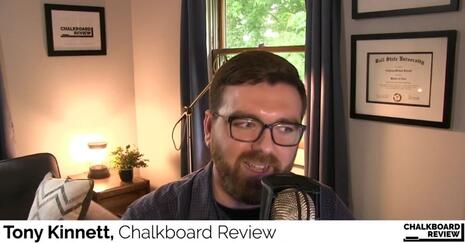 But Tony Kinnett, co-founder and executive director of The Chalkboard Review told MRC Free Speech America the banned account was “the first and only one [they’ve] ever had.” Twitter reversed its decision less than 10 minutes after the platform responded to a request for comment.

Prior to the reinstatement, Kinnett said,  “There is no tweet that they have cited. There is no account activity that they have suggested of any shape or sort that has caused us, that would cause us to be banned,” he said. “Their statement saying that we avoided, that avoiding being banned is what got us banned makes no sense whatsoever. Again, we’ve seen no evidence of it.”

It appears Twitter later agreed with Kinnett’s assessment. A purported screenshot tweeted by The Chalkboard Review after the reinstatement of the account shows Twitter’s response to the organization’s appeal. “After further review, we have unsuspended your account as it does not appear to be in violation of Twitter’s rules,” Twitter stated in response. [Emphasis added].

Although unwilling to lay blame without evidence, Kinnett said he would not be surprised if Twitter was responding to the National Education Association’s open call for Big Tech companies to censor groups that oppose critical race theory in schools.

“[T]he NEA is desperately in love with critical race theory. They’ve said it very openly and that they demand groups like Twitter etcetera, other social media platforms to remove us. They’ve demanded that anyone that is basically pushing what they consider anti-CRT propaganda to be removed from their platform.” He later added that he would be unsurprised if “Twitter would try scraping a small to medium-sized platform off of Twitter to say that they’re doing something.”

Twitter did not respond to a request for comment about the reversal of its initial decision at the time of publication.