Leftists are furious that Facebook disabled research accounts analyzing the “spread of misinformation on the platform,” according to Cybersecurity for Democracy. The real furor is because the left uses “misinformation” as a synonym for conservative content they are desperate to censor. 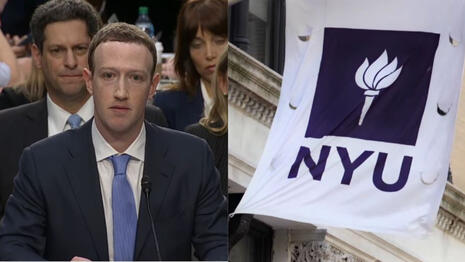 Facebook disabled accounts connected with New York University’s Ad Observer project operated by Cybersecurity for Democracy, for alleged scraping of user data. Although Facebook made efforts to shut down the project in October of 2020, the company only recently “disabled the accounts, apps, Facebook pages and platform access associated with the [Ad Observer] project and its operators,” reported The Wall Street Journal.

NYU’s research examined identifying information, such as which political ads users saw and when, who paid for the ad and Facebook ad targeting data, according to the project’s website. Facebook alleged that Ad Observer research scraped user data, which it, in turn, does not disclose through research tools. Facebook sent a letter in October demanding that the project halt its research and gave the Ad Observer 45 days to comply with the company’s privacy terms, according to a recent Facebook blog. The platform only recently disabled the associated accounts and leftists seem quite displeased.

An unverified account purporting to be Laura Edelson, one of Ad Observer’s top researchers whose account Facebook reportedly suspended, tweeted her dismay that Facebook did not support her push against so-called misinformation. “Over the last several years, we’ve used this access to uncover systemic flaws in the Facebook Ad Library, identify misinformation in political ads including many sowing distrust in our election system, and to study Facebook’s apparent amplification of partisan misinformation,” she tweeted.

The account also tweeted a statement allegedly written by her colleague Damon McCoy. “With its platform awash in vaccine disinformation and partisan campaigns to manipulate the public, Facebook should be welcoming independent research, not shutting it down,” it read.

Senator Mark Warner (D-VA), reportedly told The Washington Post’s Technology 202 that projects like the Ad Observer “‘illuminat[e] the ways in which online advertising has become a key vector for online scams, political misinformation and voter suppression campaigns by a wide range of bad actors.’” Sen. Amy Klobuchar (D-MN) said in a statement that she was “deeply troubled by the news," according to The Washington Post.

The platform claimed in its blog post that it disabled the accounts “in line with [its] privacy program under the [Federal Trade Comission] Order.” Samuel Levine, acting director for the Bureau of Consumer Protection for the FTC, said that Facebook passing off blame to the FTC is “misleading” and “inaccurate,” in a letter addressed to Facebook’s CEO Mark Zuckerberg.

Conservatives are under attack. Contact Facebook headquarters at 1-650-308-7300 and demand that Big Tech be held to account to mirror the First Amendment while providing transparency and equal footing for conservatives. If you have been censored, contact us at the Media Research Center contact form, and help us hold Big Tech accountable