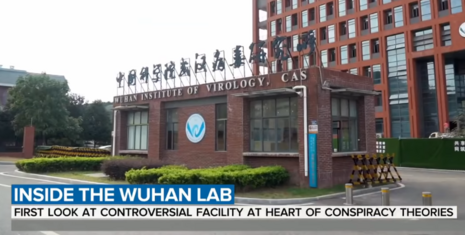 The leftist Public Religion Research Institute (PRRI), a nonprofit research organization, conducted a survey asking participants their opinions on religion, COVID-19 and vaccinations. Nearly 40 percent of Americans who participated in the survey, conducted in March 2021, responded that COVID-19 was “developed intentionally by scientists in a lab.”

PRRI polled 5,149 adults and asked whether “The coronavirus that causes COVID-19 was developed intentionally in a lab.” Fifteen percent responded that they “[c]ompletely agree” and another 24 percent said they “[m]ostly agree.” While “[t]his question wasn’t the focus of the survey[,] … it was one of a number of questions intended to gauge respondents’ support of QAnon,” reported NiemanLab. The laboratory theory question appeared “alongside questions that asked people whether they believed the election was stolen from Donald Trump and whether they agreed with the statement that ‘because things have gotten so far off track, true American patriots may have to resort to violence in order to save our country.’”

The Pew Research Center similarly tried to assess “misinformation” about the COVID-19 pandemic and vaccines in a study published April 8 of last year. “Nearly three-in-ten Americans believe COVID-19 was made in a lab,” stated the Pew headline. But as NiemanLab pointed out, “[t]hese surveys begin from the premise that the laboratory-leak theory is incorrect.”

PolitiFact has since quietly retracted its “pants on fire” rating of Tucker Carlson on the COVID-19 laboratory leak theory from last fall. On May 17, PolitiFact added an “Editor’s note” and archived its fact-check of Dr. Li-Meng Yan’s claim that COVID-19 was “created in the lab.” The note reads:

“When this fact-check was first published in September 2020 PolitiFact’s sources included researchers who asserted the SARS-CoV-2 virus could not have been manipulated. That assertion is now more widely disputed. For that reason, we are removing this fact-check from our database pending a more thorough review.”

PolitiFact is affiliated with the liberal Poynter Institute. Facebook partners with the Poynter Institute’s International Fact-Checking Network, which received $1.3 billion from liberal billionaires George Soros and Pierre Omidayr. USA Today, another of the platform’s fact-checkers, updated one of its fact-checks on the theory also.

Facebook similarly changed its tune after Dr. Anthony Fauci, Director of the National Institute of Allergy and Infectious Diseases (NIAID), claimed he was “not convinced” that COVID-19 “developed naturally.” Facebook Newsroom explained the types of “misinformation” the company would remove. Facebook VP of Integrity Guy Rosen said in the post: “In light of ongoing investigations into the origin of COVID-19 …, we will no longer remove the claim that COVID-19 is man-made or manufactured from our apps.”

Conservatives are under attack. Contact Facebook headquarters at 1-650-308-7300 and demand that Big Tech be held to account to mirror the First Amendment. If you have been censored, contact us at the Media Research Center contact form, and help us hold Big Tech accountable.