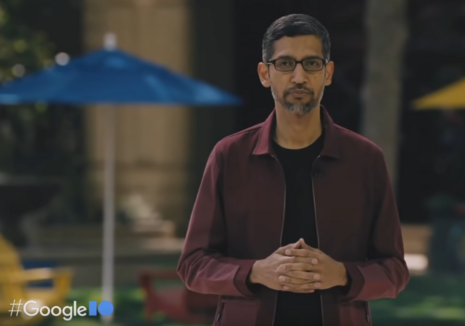 The company introduced its “inclusive language” warnings in Google Workspace apps at its I/O Developer conference on Tuesday. Javier Soltero, Vice President of Google Workspace, offered as an example the word “chairman.”

The “gendered” word would trigger a warning that reads: “This indicates gender. If you would like to choose gender inclusive phrasing consider: chair, chairperson.” The feature, Soltero said, was designed to help users “communicate effectively,” and would, according to a Google Cloud blog, “make [their] writing more impactful.”

The new warnings follow Google’s recently updated “Writing inclusive documentation,” which advises developers to avoid “ableist” and gendered phrases even when clearly referring to tech development and not to people. The style guide recommended replacing “crazy outliers in the data” with “baffling outliers in the data,” “cripples the service” with “slows down the service” and “man-hours” with “person-hours.”

The same guide offered a list of prohibited words and words to be used with caution. Gendered pronouns are to be avoided unless used to refer to “a specific individual of known gender.” Instead, Google recommends developers use incorrect grammar and refer to singular individuals with the plural pronouns “they” and “their” when gender is unknown.

Google similarly eliminated gendered pronouns from Gmail text suggestions, in 2018, according to Reuters. Reuters reported at the time that “Google’s technology will not suggest gender-based pronouns because the risk is too high that its ‘Smart Compose’ technology might predict someone’s sex or gender identity incorrectly and offend users.” Reuters admitted, however, that such instances account for fewer than one percent of “Smart Compose” suggestions.

Other tech companies have instituted similar warning labels and gender inclusion initiatives. Twitter, earlier this month, began a “limited experiment” which asks iOS users whether they “want to revise” their replies if “potentially harmful or offensive” content is detected. Just last week, Instagram introduced an array of pronouns users can add to their profiles. The list included absurd options like “xe/xem/xyr, ze/hir/hirs, thon/thons, ey/em/eir and fae/faer/faers, and many more,” according to People Magazine.

Google did not respond to MRC Free Speech America’s request for comment at the time of publication.

Contact Google at (650) 253-000, or by mail to 1600 Amphitheatre Parkway Mountain View, CA 94043, and demand that Big Tech stop censoring conservatives while allowing brazenly unscientific nonsense to be pushed. If you have been censored, contact us at the Media Research Center contact form, and help us hold Big Tech accountable.