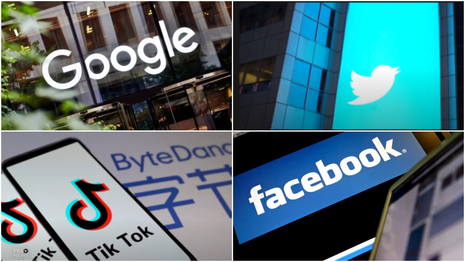 The group, called Ruth Sent Us, posted the addresses on its website, and posted the link in the bylines on each of its social media accounts. It urged followers to protest at the justices’ homes  and posted that next to the marked addresses of Chief Justice John Roberts along with those of Justices Clarence Thomas, Samuel Alito, Brett Kavanaugh, Amy Coney Barrett and Neil Gorsuch.

The move comes as SCOTUS may be preparing to strike down the notorious Roe v. Wade (1973) pro-abortion ruling. “ANNOUNCING: Walk-by Wednesday, May 11, 2022! At the homes of the six extremist justices, three in Virginia and three in Maryland. If you'd like to join or lead a peaceful protest, let us know,” Ruth Sent Us spewed.

Ruth Sent Us included a Google map of the six SCOTUS judges' addresses on the home page of its website. The organization linked to the site on its Twitter, Instagram and TikTok profiles which appears to be in violation of each platform's rules against doxxing. The group even manages a private Facebook group. A closer look at the Ruth Sent Us website reveals that it is a Google Site, which means that it also may be in violation of Google’s policy. No disciplinary actions appear to have been taken against the group by any of the five Big Tech giants.

NOTE: to protect the justices, this report will not link out to the Ruth Sent Us website exposing their addresses.

Oddly, Ruth Sent Us posted a promotional video of its Walk-by Wednesday doxxing campaign on its Instagram and TikTok accounts with the website pasted over it on April 30. That’s two days before Politico announced May 2 that it had obtained a leak of a draft SCOTUS majority opinion written by Alito striking down Roe.

A review of Google, Meta, TikTok and Twitter policies reveal a number of potential violations Ruth Sent Us may have engaged in when sharing a link that revealed the justices’ residential information.

Google’s policy states: “Do not harass, bully, or threaten others. We also don’t allow this product to be used to engage or incite others in these activities,” which includes “exposing private information of someone else that could be used to carry out threats.”

According to Twitter’s policy on addresses being shared on other sites that are then posted to the platform, “we may take action against home addresses being shared, even if they are publicly available, due to the potential for physical harm.” TikTok policy defines “doxxing as the act of collecting and publishing personal data or personally identifiable information (PII) for malicious purposes.”

The platform explicitly instructed users to “not post, upload, stream, or share” content “that threatens to reveal personal data or personally identifiable information (PII),” which “includ[es] residential address[es].” Instagram’s policy was straight to the point: “Harassment: Instagram has strict rules that prohibit you from doxxing, using hate speech, terrorist activities, threats of harm, and violence (such as vandalism, assault, or theft).

Meta, the parent company of Facebook and Instagram, also prohibits “[c]ontent that shares or solicits any of the following private information, either on Facebook or through external links.” One of the categories of “private information” that is prohibited is “Residential Information.”

Twitter and TikTok did not respond to MRC’s request for comment, and Meta and Google responded but have not yet commented at the time of publishing.

Conservatives are under attack. Contact your representatives and demand that Big Tech be held to account to mirror the First Amendment while providing transparency. If you have been censored, contact us using CensorTrack’s contact form, and help us hold Big Tech accountable. Report Ruth Sent Us’ abuse to Google by clicking on the information icon 🛈 at the bottom left side of the website’s home page.