Facebook is taking a contradictory stance: it supposedly is pro-free speech, but is banning political ads the week before the election.

CEO Mark Zuckerberg recently appeared on the Sept. 8 episode of Axios on HBO to explain all of the platform’s new policy decisions and to discuss “disinformation.” Axios co-founder Mike Allen made a point that Facebook has “more monthly users than Christianity.” These users are subject to the massive policy changes Facebook has made to “clear up confusion and any misinformation around voting or around the elections,” according to Zuckerberg. 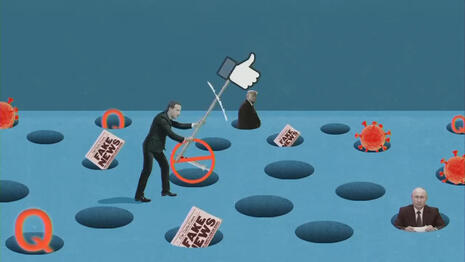 Zuckerberg tried to make the claim that while Facebook is banning any new political ads the week before the election, he is still “a big believer in free expression.” The reasoning he gave for this logic was that “[i]n the last stretch before the election, if someone just drops a whole lot of misinformation, there may just not be time for the normal — you know — free expression and exchange of ideas to—to—to really be corrective there.”

In addition, he clarified that during the election process, if the winner is not clear on the night of November 3, “informational context” will be added to any posts made declaring anyone a winner, unless there was some form of “consensus result.” But no word was given on what this “consensus result” could be.

The Facebook founder told Allen that “we need to be doing everything we can to reduce the chances of violence or civil unrest in the — in the wake of this election.” Some of the actions Facebook took, according to Zuckerberg himself, included removing “militia groups, groups like Q-Anon that are spreading conspiracy theories.” Gizmodo pointed out that if Allen’s father, a noted segregationist, had been on Facebook today, he also would have been removed as an “extremist.”

Zuckerberg also denied the media argument that Facebook works in favor of the right. When prodded by Allen, who said, “Your liberal friends must hate it.” Zuckerberg answered, “I don’t think that the service is — is — is a ‘right-wing echo chamber,’ to use your words.” He did note that Facebook has allowed voices that have been overlooked by the mainstream media to flourish, but he stated: “It’s not clear to me that that’s a bad thing.”

Finally, Zuckerberg added that the company was committed to diversity, to the extent that “within the next few years, we’re going to be 50 percent black, brown, underrepresented groups, and — and women across the company.”