Facebook currently relies on nine fact-checking organizations in the United States to help the platform “reduce” and “remove” problematic content. However, many of the people the company has put in charge of suppressing content are pushing a left-wing agenda. 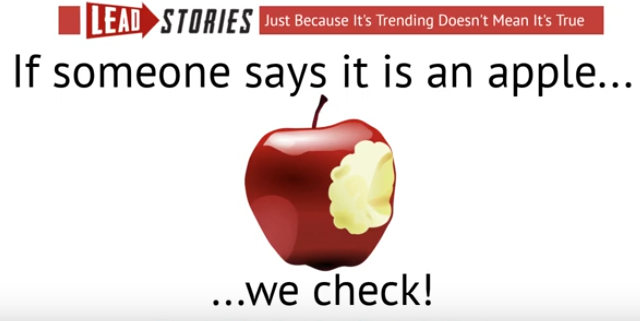 Lead Stories, a fact-checking organization started by Belgian tech blogger Maarten Schenk, is a perfect example. It was the top fact-checker for Facebook in January. The media outlet, which has eight CNN alumni who fact-check trending stories, fact-checks conservatives four times more than liberals.

In a moment when Facebook is heavily relying on fact-checkers to flag information on the coronavirus, Lead Stories has slammed many conservative outlets. A piece from the Washington Times which stated, “DHS officials fear illegal border crossings may spread coronavirus,” was fact-checked by Ryan Cooper as a “False Headline.”

Facebook CEO Mark Zuckerberg said in a March 18 call, “At the same times we’re pushing out and focusing on authoritative information, we’re also very focused on making sure that misinformation doesn’t spread.”

Cooper, while not an active Twitter user, still re-tweets posts that accuse Fox News of putting people’s lives at risk (because of the coronavirus).

Other writers for Lead Stories haven’t even graduated from college yet. Molly Weisner, a staff writer at Lead Stories, writes in her bio that she is still attending the University of North Carolina at Chapel Hill.

In the About section, Lead Stories announces that its expenses for 2019 totaled $300,809. Meanwhile, it was compensated $359,000 from Facebook through the terms of the fact-checking partnership. Facebook finances 119 percent of Lead Stories’ “operating costs.”

Lead Stories joined Facebook’s third-party fact-checkers in February 2019. According to former ThinkProgress editor-in-chief Judd Legum, the outlet is responsible for most of the fact-checking on Facebook. Legum found that in the month of January, Lead Stories fact-checked 150 posts, almost three times what other partners like Politifact fact-checked.

Legum’s main issue with Facebook’s fact-checking policy was that the Daily Caller’s fact-checker, Check Your Fact, was a member of the partnership. But Check Your Fact only conducted 50 fact-checks in the month of January. Their output in January paled in comparison to Lead Stories, let alone the total of fact-checks from all the liberal outlets combined

The Media Research Center, which is the organization that operates NewsBusters, CNSNews, and MRCTV, was also mentioned by Lead Stories in a sweeping fact-check that listed four conservative sites for false information.

Facebook pages or users that share these “fact-checked” posts have their reach suppressed for an amount of time on the platform. So if a conservative page shares a story from another conservative website, the fact-check affects them too.

Fifty-four of the 296 entries were from satire sites. Most of them had headlines that were obviously jokes, but Lead Stories seemed to think them worthy of fact-checking. Two of these entries were from the Babylon Bee. The outlet’s “Satire policy” starts with “Just because its’ funny doesn’t mean it’s a joke to everyone.”

When these figures/sites are fact-checked, a filter is placed over their social media posts on Facebook, and the algorithm that places their posts in the Newsfeed is suppressed. The filter, known as an “interstitial,” contains a warning that the link contains false information. It is meant to dissuade Facebook users from clicking on the link.

One story from Bladen Online showed Democrats refusing to stand for the American flag. While this story actually happened, Lead Stories’ writer Ryan Cooper found it only “mostly true.” The post was not filtered or suppressed on Facebook. But the fact-check was overzealous.

Lead Stories is also actively lobbying Facebook to restrict content and fact-check political ads. The organization announced in October 2019, that it would propose a new panel to “identify egregiously false political ads.”

Facebook has not fact-checked or removed political ads, a move that many liberals and members of the media have criticized.

Lead Stories was vetted by the International Fact-Checking Network, a branch of liberal journalism institute Poynter (funded by liberal billionaire George Soros). In 2019, the institute published an advertising “blacklist,” compiled by a member of the Southern Poverty Law Center. This blacklist targeted 29 conservative media outlets. The list caused such an outcry that Poynter had to publicly apologize and remove it from its site. All of Facebook's fact-checkers must be approved by Poynter.