Democrats want to persecute any business, person, or group that has helped or even simply not hindered President Donald Trump. Even top social media companies.

Senator and Democratic candidate Elizabeth Warren came after Facebook on Twitter on Oct. 7, for “help[ing] elect Donald Trump once” and for labeling her own campaign as “an ‘existential’ threat to Facebook.” Warren accused Facebook of changing its fact-checking and advertising policies after a meeting with Trump in a way that benefitted the president. 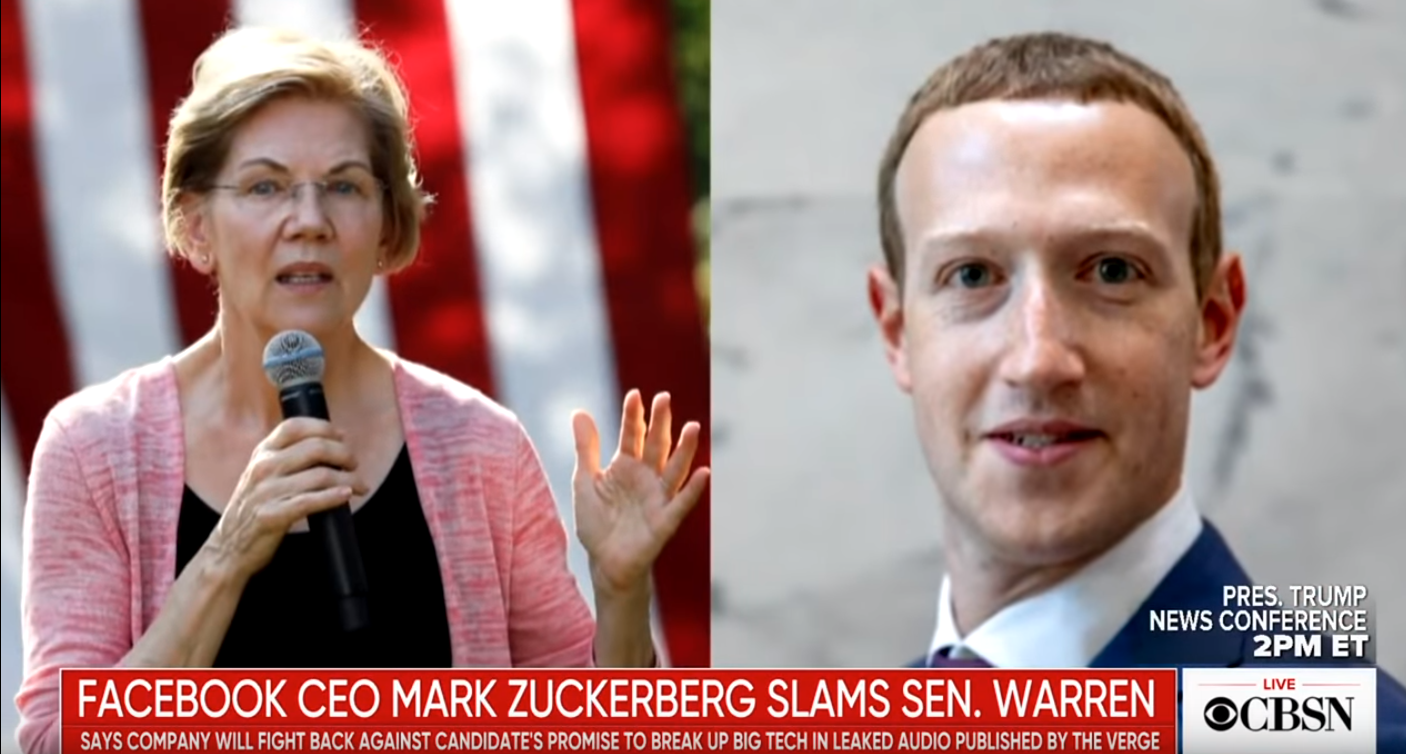 “The public deserves to know how Facebook intends to use their influence in this election,” Warren stated. “Trump and Zuckerberg met at the White House two weeks ago. What did they talk about?”

In addition, Warren echoed the Democratic National Committee’s condemnation of Facebook, for allowing Trump’s campaign to spend “over $1 million a week right now for ads.” DNC CEO Seema Nanda told CNN that the DNC was “deeply disappointed in Facebook's decision to exempt statements from political candidates from its fact-checking policy.”

Warren posted an ad image from Trump’s campaign, which said, “Democrats have finally admitted what they truly want: a repeal of the Second Amendment.” She claimed that this ad was “obviously untrue,” despite the fact that Hawaiian lawmakers who are mostly Democrats suggested that the Second Amendment be repealed.

Trump’s campaign isn’t the only beneficiary of the new rules. Warren recently made a claim that she was fired from a teaching job for being “visibly pregnant.” CBS News wrote that there were “questions about her story’s veracity” based on local records. Under Facebook’s previous rules, Warren would have potentially been fact-checked for saying something not entirely true.

In fact, when it comes to Facebook ads, Warren has been running ads on Facebook calling for the break up of Facebook. She should have seen the wisdom in the company’s decision not to meddle with political ads on Facebook.

Facebook is, according to Warren, “going further by taking deliberate steps to help one candidate intentionally mislead the American people, while painting the candidacy of others (specifically: mine) as an ‘existential’ threat.”

Vox’s Recode also slammed Warren for suggesting “without evidence” that Facebook changed its policies for Trump.

Former Facebook founder Chris Hughes agreed with Warren, however, saying, “Mark, by deciding to allow outright lies in political ads to travel on Facebook, is embracing the philosophy behind Trumpism and thereby tipping the scales.”