Google had a loud defender in the House Judiciary Committee — interestingly the company is also is his top donor.

During the House Judiciary Committee hearing where Google CEO Sundar Pichai was testifying, Rep. Jerry Nadler (D-NY) opened fire against the House Majority Leader Rep. Kevin McCarthy (R-CA). He called the concerns of the right about conservative censorship on Google “a fantasy, dreamed up by some conservatives.” Nadler went on to argue that Google had the right to “deliberate discriminate against conservative viewpoints.” 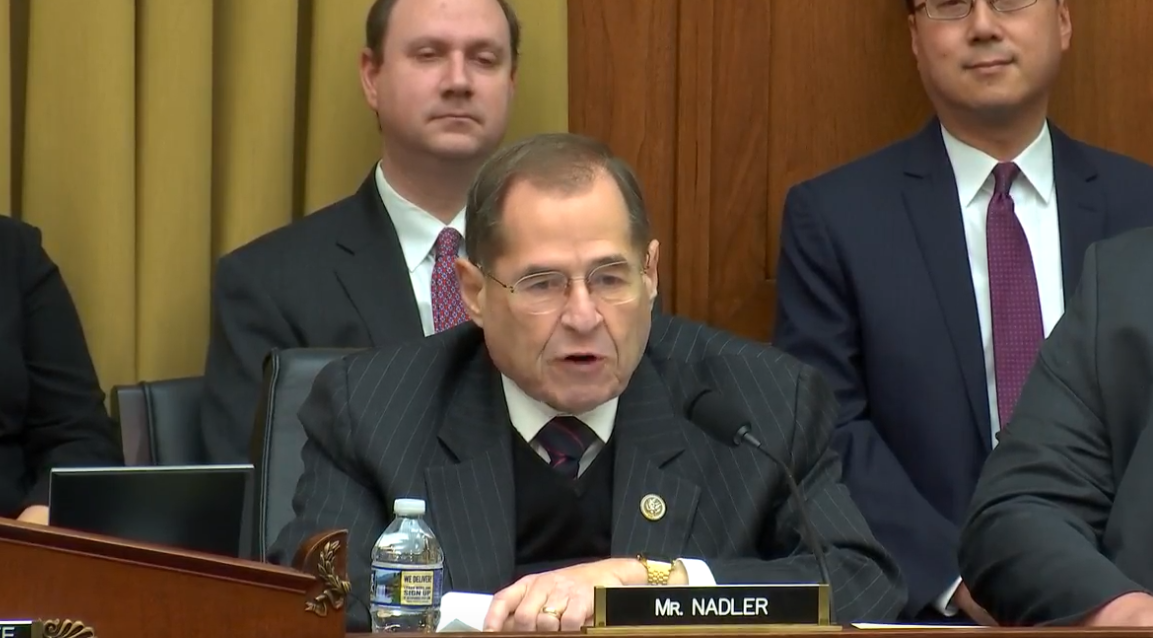 According to OpenSecrets.org, Nadler received $31,458 in donations from Alphabet, Inc., Google’s parent company, in the year 2017 alone. Axios tech reporter David McCabe tweeted that Google is a “major landlord and employer in Nadler’s district.” Google had purchased Chelsea Market, a office building and tourist attraction, in 2018, for a total of $2.4 billion, according to The New York Times.

Rep. McCarthy opened the hearing with a statement, saying that American users were concerned by Google’s privacy policies, filtering practices, and international projects, such as China’s Project Dragonfly, a plan to build a censored Chinese search engine. Nadler then used his own opening statement to slam McCarthy, saing, “I have little doubt that my Republican colleagues will spend much of their time presenting a laundry list of anecdotes, and out of context statements made by Google employees, as supposed evidence of anti-conservative bias. But none of that will actually make it true.”

Even if it were true, argued Nadler, “that would be its right as a private company to do so, not to be questioned by government.” He then compared this supposedly fictitious claim of conservative censorship to the “discrimination against liberal points of view” by Fox News and radio talk show host Rush Limbaugh.

Later in the hearing, Nadler made sure to tell Pichai, “I’m not criticizing what you do.”