California is moving forward with legislation to silence any doctor who deviates from a state-sanctioned narrative on COVID-19. 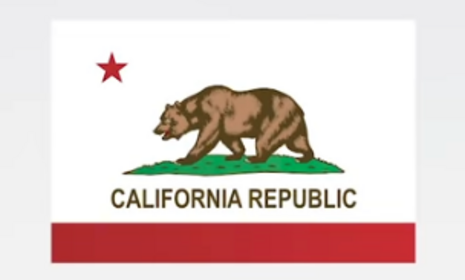 “This bill would designate the dissemination of misinformation or disinformation related to the SARS-CoV-2 coronavirus, or ‘COVID-19,’ as unprofessional conduct,” AB 2098 states. Physicians or doctors who exercise free speech in contradiction of the California government’s COVID-19 narrative could risk losing their medical license, according to the bill.

The proposed legislation has a list of supposed facts that medical professionals in California would no longer be allowed to contradict if they want to retain their jobs. The list includes claims about the COVID-19 vaccines. Yet this bill comes just after a government health official admitted last week that some vaccination comments that Big Tech aggressively labeled “misinformation” online over the course of the pandemic actually weren’t misinformation at all.

Former White House Coronavirus Response Coordinator Dr. Deborah Birx recently said in response to a question by Rep. Jim Jordan (R-OH) during a congressional hearing that she and others knew, even when the COVID-19 vaccines were new, that the vaccinated could be infected, Reclaim The Net reported.

“I knew eventually that the vaccine immunity would wane like natural immunity waned,” Birx said.

When Jordan pressed her to explain how the government asserted that reinfection of the vaccinated couldn’t happen, Birx said, “I think it was hope that the vaccine would work in that way.” [Emphasis added.]

Jordan responded: “It wasn’t the truth.”

The California bill defines “misinformation” as "false information that is contradicted by contemporary scientific consensus to an extent where its dissemination constitutes gross negligence by the [medical] licensee.”

Dr. Aaron Kheriaty reportedly testified during a hearing of the California assembly committee earlier this week that some COVID-19 information became discredited during the pandemic. He also noted that lawmakers wrote the bill earlier in the COVID-19 pandemic, Reclaim The Net reported.

Even the California Health Coalition Advocacy (CHCA) critiqued the bill, according to Reclaim The Net. “Any attempt at determining ‘contemporary scientific consensus’ will be fleeting,” CHCA said, according to the outlet, noting that many “[t]op doctors” in California do not entirely agree with the California government’s claims about COVID-19 vaccines for children.

Big Tech and Big Government should not be able to compel a certain narrative and claim it’s “settled science.”

The late-found legitimacy of the Wuhan lab leak theory of COVID-19’s origins is another example of a topic where the “misinformation” of yesterday is often the widely accepted information of today.