The Media Research Center and more than 40 other conservative leaders warned governors about the left-wing bias of ratings firm NewsGuard. 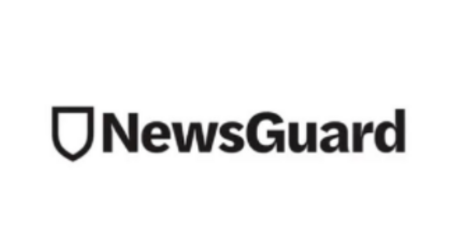 The joint letter, signed by MRC founder and President Brent Bozell and dozens of other free speech advocates, sounded the alarm both on NewsGuard’s leftist bias and the ratings firm’s dangerous and growing influence in the educational arena. NewsGuard recently partnered with the American Federation of Teachers to bring its online “credibility” ratings and other resources to teachers and school children.

Below is the full letter to state governors about NewsGuard:

NewsGuard, a so-called online “credibility” arbiter, is threatening the quality and integrity of the education system in your state. And in every state.

NewsGuard has recently partnered with the American Federation of Teachers (AFT) to censor points of view they disagree with in the classroom. Specifically, NewsGuard is actively working with the AFT to bring its agenda-driven rating system to classrooms across the country. Why? To stymie students from partaking in an open exploration of news and views from across the political spectrum.

NewsGuard claims to objectively rate the validity and accuracy of websites and news sources. But it does nothing of the sort. In fact, as we have pointed out in a recent study, NewsGuard is yet another one-sided, leftist organization dedicated to silencing conservative voices and other viewpoints it disagrees with. Specifically, in our study we  “found that outlets rated ‘left’ or ‘lean left’ by AllSides received an average NewsGuard score of 93/100. Sites considered ‘right’ or ‘lean right’ by AllSides had an average NewsGuard rating of 66/100”.

As we have outlined in our report: “School children depend on the internet for homework help. NewsGuard is now stepping in to ‘filter’ online sources for so-called ‘misinformation.’ The American Federation of Teachers (AFT) union is buying NewsGuard licenses for its 1.7 million member teachers, according to an AFT press release. The partnership will make NewsGuard available to tens of millions of students and their families for free. The NewsGuard partnership will foist the company's ‘real-time “traffic light” news ratings and detailed “Nutrition Label” reviews, via a licensed copy of NewsGuard’s browser extension’ on students using news stories for research.``

We are calling on you to stop this ideological assault on education and freedom of speech. There should be no partnership among such ideologically driven outside organizations and state-sponsored educational establishments. Such partnerships are clear conflicts of interest with an open and honest educational system.

If, according to NewsGuard, a website does not meet its biased criteria for accuracy, NewsGuard gives that website a worse rating — on a scale of 1-100. The purpose of NewsGuard’s rating system is clear … to silence voices with which it disagrees. Examples of NewsGuard’s bias include:

And now NewsGuard is bringing this leftist, censorship agenda to secondary and post-secondary schools throughout the country — through a partnership with a far-left teacher’s union.

This agenda must be stopped dead in its tracks.

As education is a key priority of any state, we are urging you, as your state’s chief executive, to call out NewsGuard for its ideologically driven agenda. We are also asking you to take immediate steps to prevent NewsGuard from inserting itself into the classrooms and schools of your state

As organizations representing millions of Americans all across the country, including your state, we are calling on you to immediately and publicly take a stand and prevent the agenda driven NewsGuard from insinuating itself into the classrooms in your state.

We look forward to your response.

The Carleson Center for Welfare Reform

Host of the Erick Erickson Show

Vice President and Director of Communications