Twitter aggressively suppressed the Hunter Biden corruption story. Now it has apparently decided against enforcing its “Distribution of hacked materials policy” as private information about GiveSendGo donors spread on the platform. This even though both situations allegedly violated the same rule. 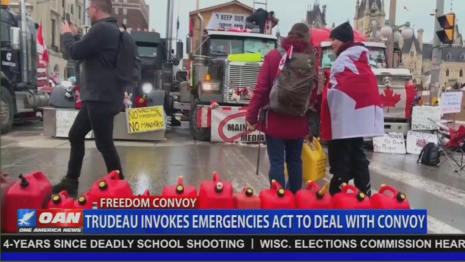 Twitter erroneously claimed that New York Post’s reporting on Hunter Biden’s corrupt business dealings in 2020 was based on “hacked” information. The social media giant went to great lengths to suppress the story. Big Tech censorship may actually have helped swing the 2020 presidential election in favor of Hunter Biden’s father, Joe, per a Media Research Center survey. Now, however, individuals and media outlets are tweeting reportedly hacked private information from GiveSendGo donors to the Canadian Freedom Convoy and “Adopt-a-Trucker” campaigns. Twitter seems remarkably hands-off in this situation, as Fox News reported.

The Christian fundraising platform GiveSendGo was reportedly hacked and trolled by a video that accused the trucker convoy protesters of being “extremists” and a “threat to democracy.” The video also said hackers would share data from the trucker convoy. Multiple outlets have since published the data in part. The Washington Post, the Ottawa Citizen, and Canadian radio personality Dean Blundell are among those who shared the reportedly hacked information in some form on Twitter, Fox News reported. Twitter has not provided context labels for or removed several of these tweets, which seem to violate Twitter’s “Distribution of hacked materials policy.”

The policy states, “[W]e don’t permit the use of our services to directly distribute content obtained through hacking by the people or groups associated with a hack.” Twitter defines a hack “as an intrusion or access of a computer, network, or electronic device that was unauthorized or exceeded authorized access.”

That policy concludes, “We recognize that source materials obtained through leaks can serve as the basis for important reporting … [we] believe our responsibility is to provide additional context that is useful in providing clarity to the conversation that happens on Twitter.” Furthermore, Twitter’s private information policy also states that sharing private information online without permission is a “breach” of privacy and Twitter’s rules. Yet several tweets containing allegedly hacked private information or linking to hacked information do not even have context labels.

The Washington Post contacted alleged donors, including individuals living in the United States, based on the reportedly hacked information and created a map showing the U.S. locations of Freedom Convoy donors. The Post piece also contains names, donation amounts and other donor details, not all of whom seem to have responded to The Post’s contact attempts. The Post tweeted out the piece on its official, verified account, and Twitter has not censored the tweet as of the publication of this article. The tweets from Ottawa Citizen and Blundell also remain uncensored as of publication.

Conservatives are under attack. Contact Twitter at (415) 222-9670 and demand that Big Tech be held to account to provide equal footing for conservatives. If you have been censored, contact us at the Media Research Center contact form, and help us hold Big Tech accountable.